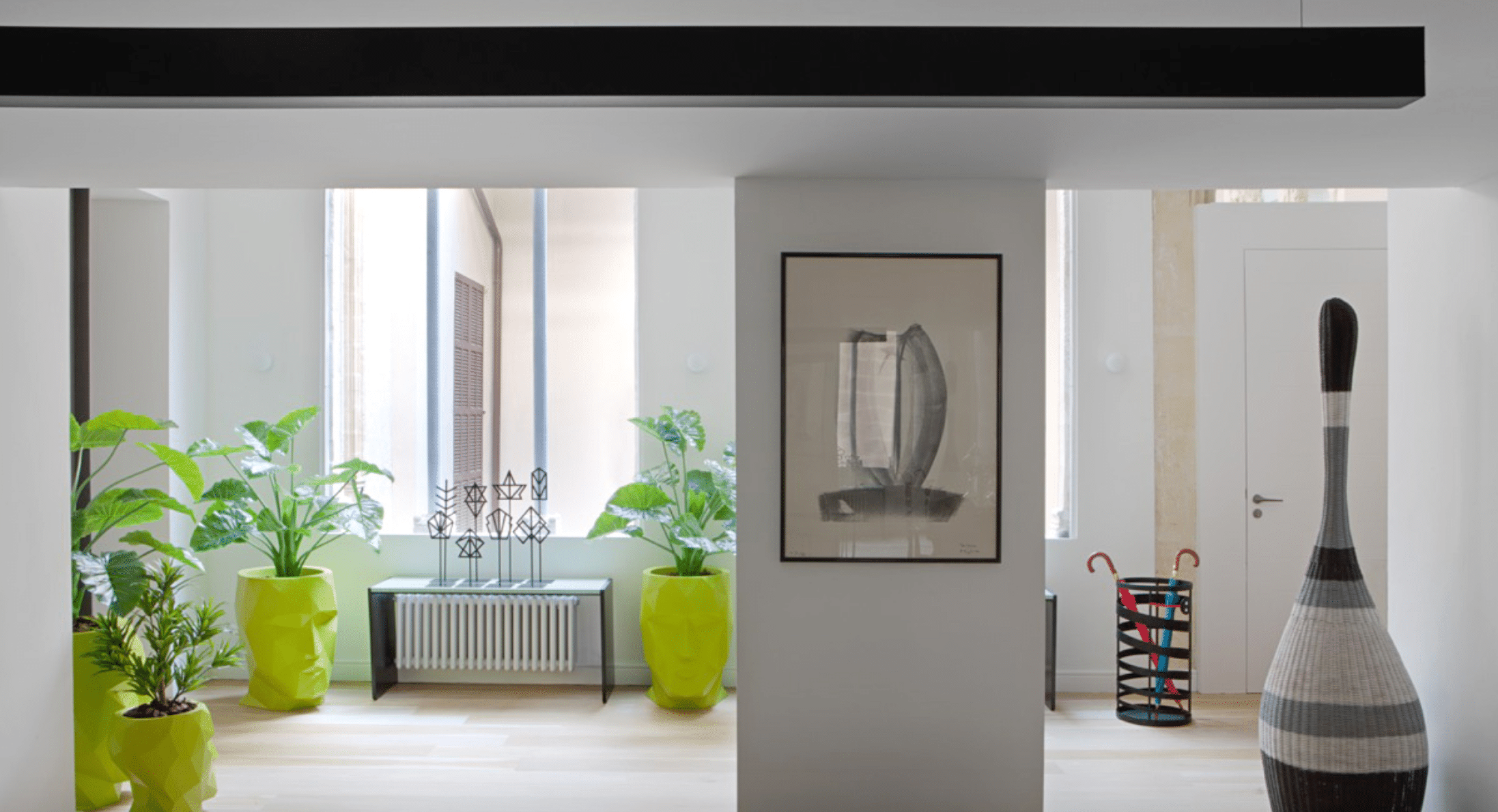 Built by a Genoese pirate in the sixteenth century, this palace located in the old town of Palma de Mallorca was partially burned due to an arson aimed at scaring away its rough owner – persona non grata in the city.

Purchased by Teresa Sapey in 2016, the building was completely renovated with the aim of reflecting her own personality: a space tailored to her tastes without having to follow any client’s restrictions.

The wing of the house reserved for the nobility was merged with that of the servants and all the traditional elements of the building have been maintained, in particular the windows and 5-metre high ceilings, emblem of the regal architectural styles of past centuries.

The walls have been repainted with strong and bright colors: a bold choice for a 16th century building, but the best to reflect the creative soul of Teresa Sapey, who since childhood dreamed of being an artist.

It is a praise to the magical island of Mallorca and its Mediterranean colors: the acid yellow of lemons or the warmest of the sun. The blues remind of the sea, but also of the sky. The green color is also present, an attempt to create a kind of greenhouse with Romanesque windows in the background. It was clear from the beginning that the traditional elements of the palazzo would be maintained, its high ceilings, wooden floors and large windows.