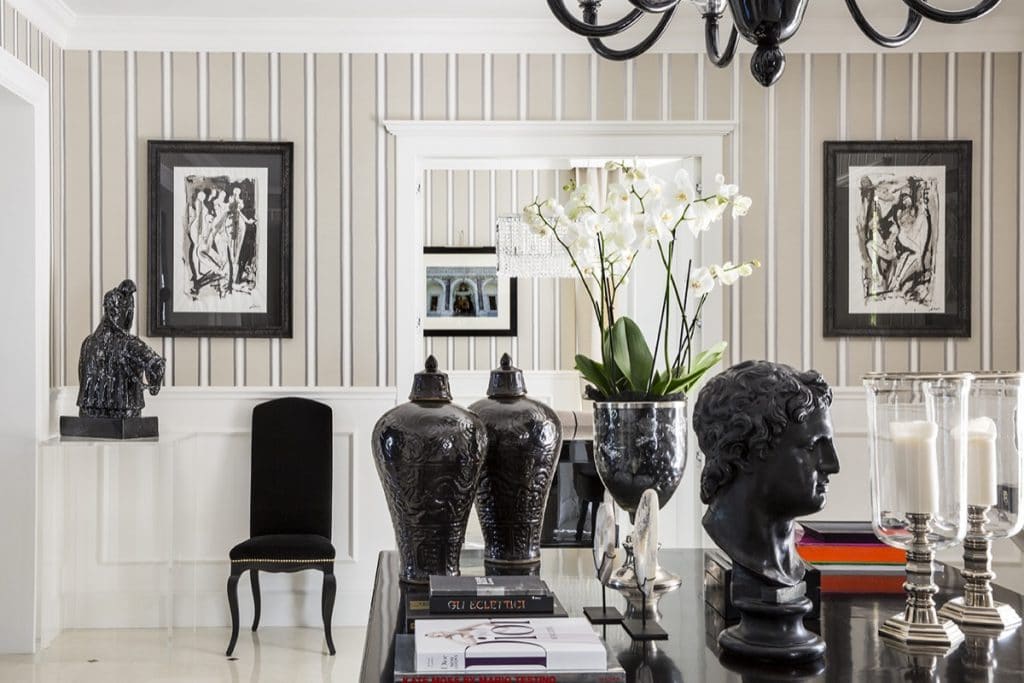 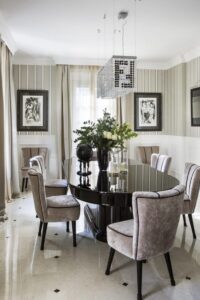 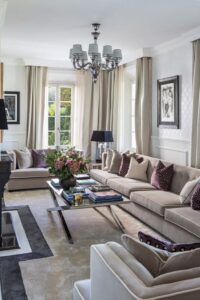 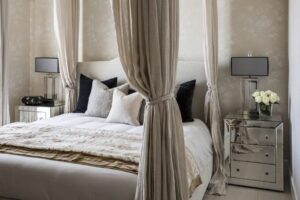 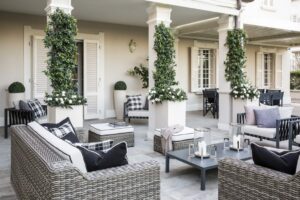 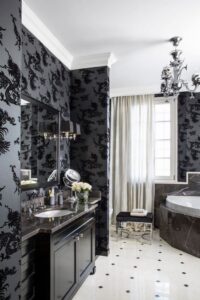 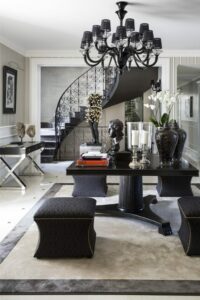 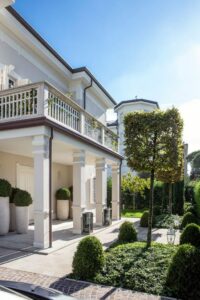 A residence of clear Deco touch surrounded by greenery with loggias and porches that frame the entrances, floors in diamond cut Carrara marble with black inlays as well as Art Nouveau stairs in wrought iron. These are just some of the pre-existing elements that the Bolognese designer had to deal with.

A villa of yesteryear that Cocchi has managed to reinterpret in a modern way, preserving the style and maintaining the emotions of the past.

Light toned Dedar and Ralph Lauren wallpapers cover the walls, an alternation of vertical stripes of different sizes gives contemporaneity to a classic and refined space, large bespoke carpets adapt to the tones of marble and oversize curtains dropped gently to the floor help to warm the environment.
The furnishings, conceived and created by the designer himself, are a succession of different shapes and materials that blend well with each other in perfect harmony.

Puffs in black capitonné leather contrast with light sofas upholstered in soft Hermes and Dedar velvet; the beds, with their large headboards, are flanked by black wooden bedside tables with chrome profiles; the white paneling marks the interior paths in a succession of new spaces to be discovered.

As in every project, art plays a fundamental role, from the paintings placed on top of the marble fireplaces, to the statues along the corridors up to the busts placed on tables and consoles; almost giving the impression of being in another reality, where every object, every piece of furniture, every colour has its own precise and unique connotation. 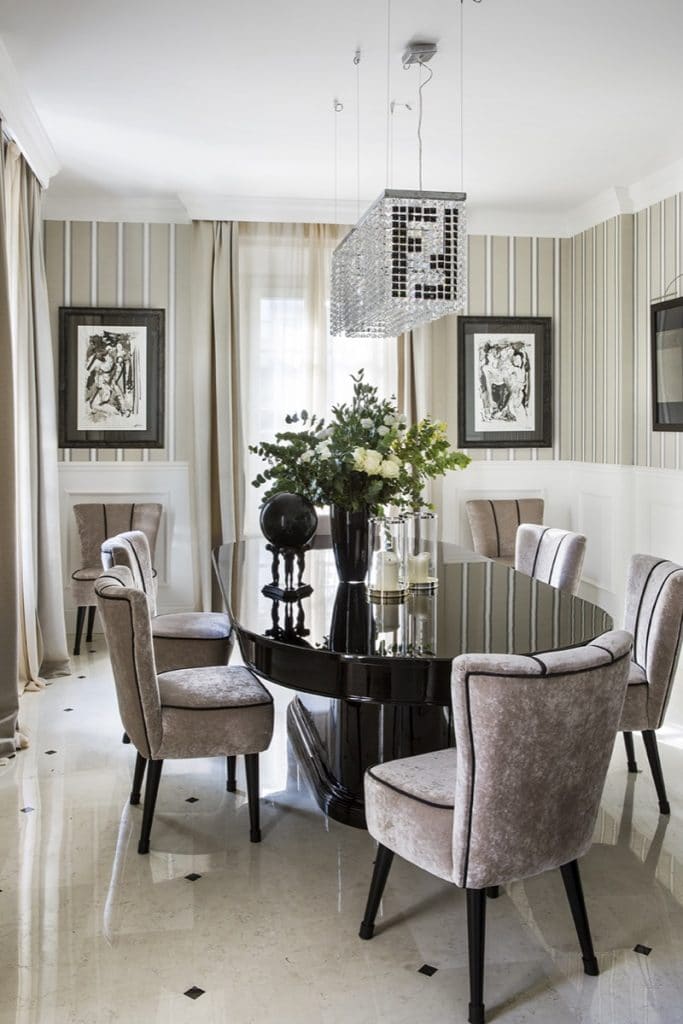 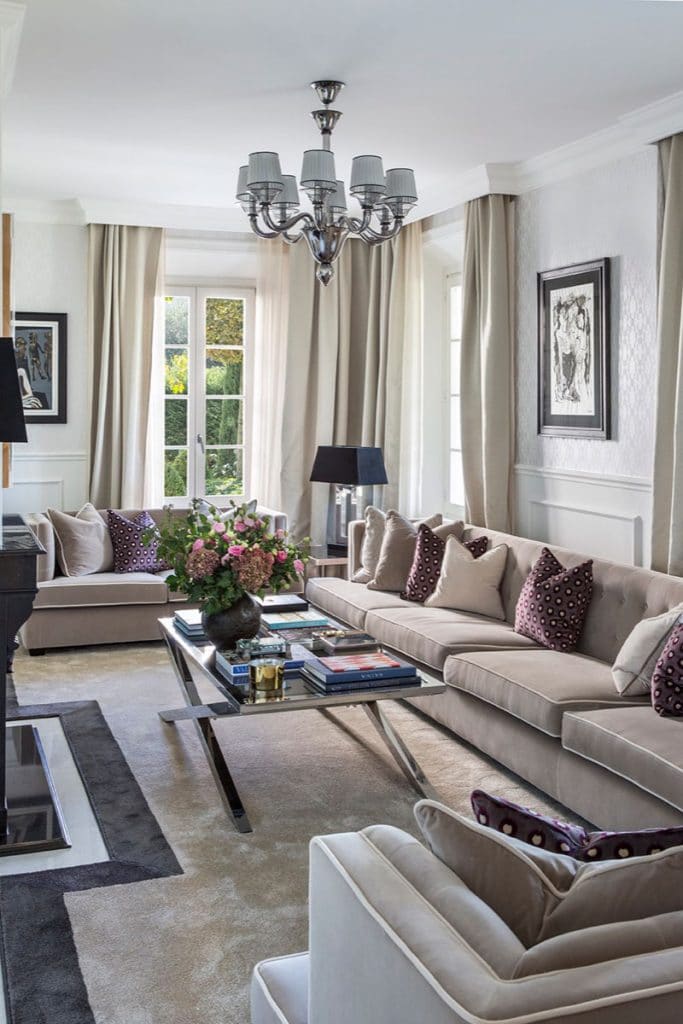 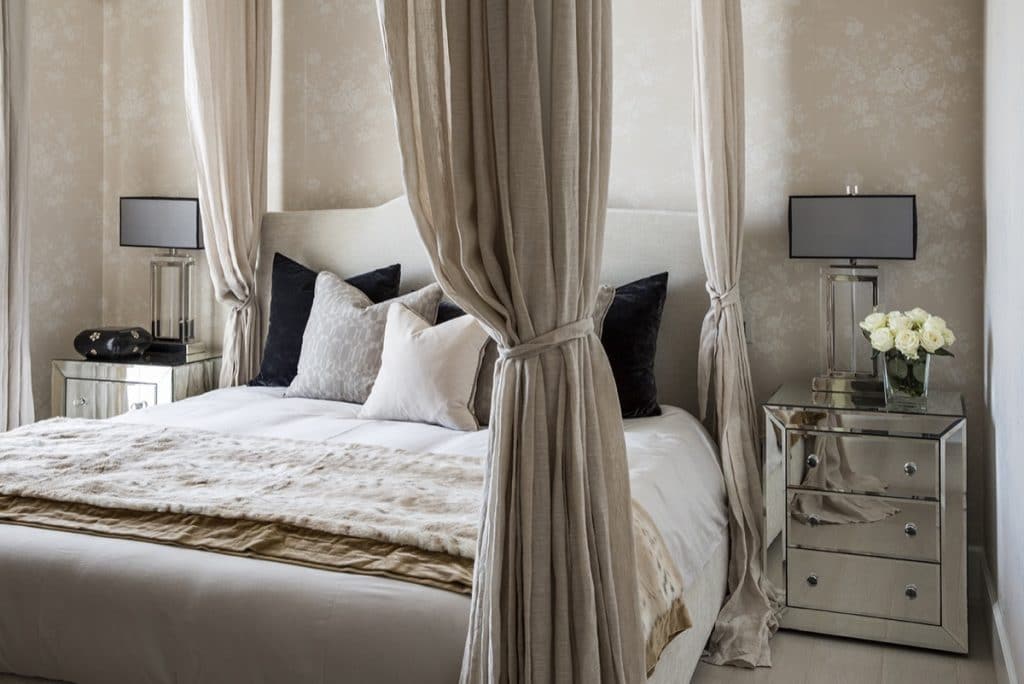 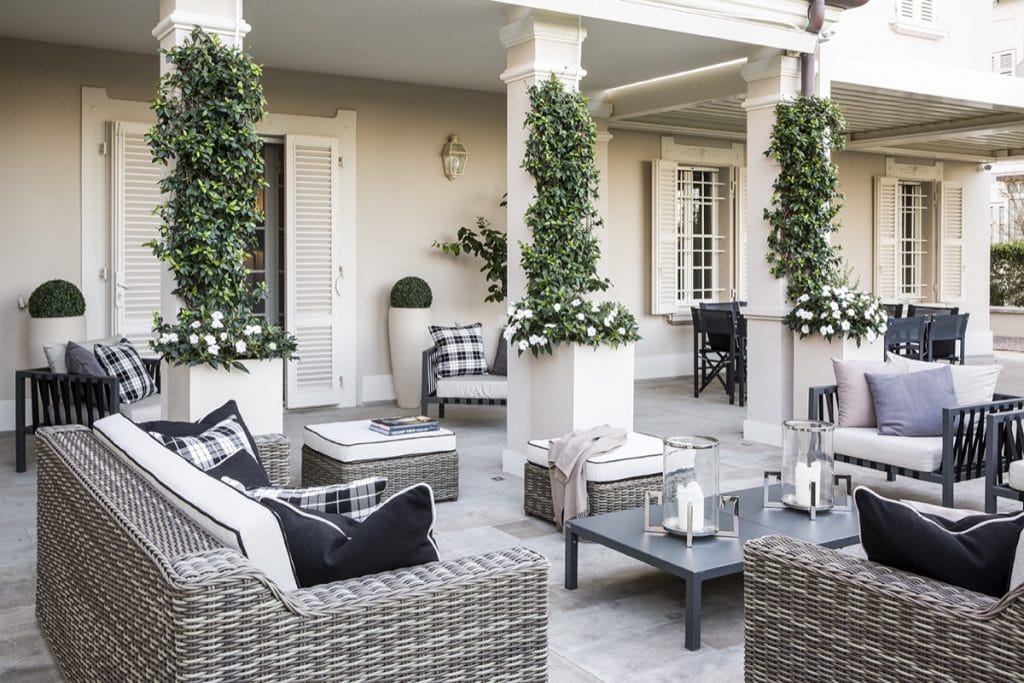 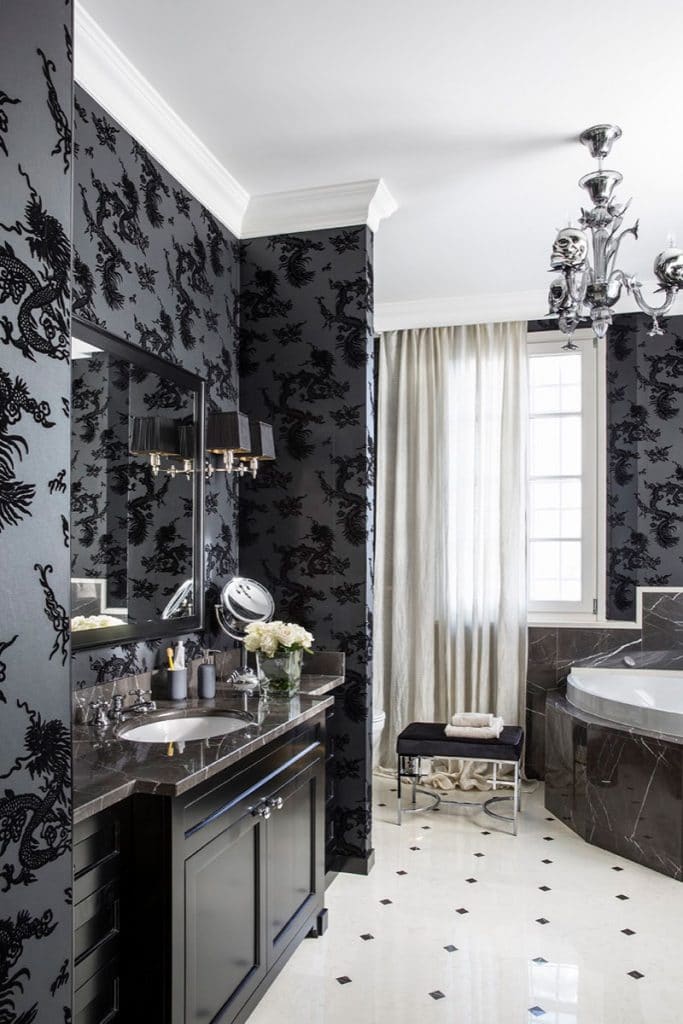 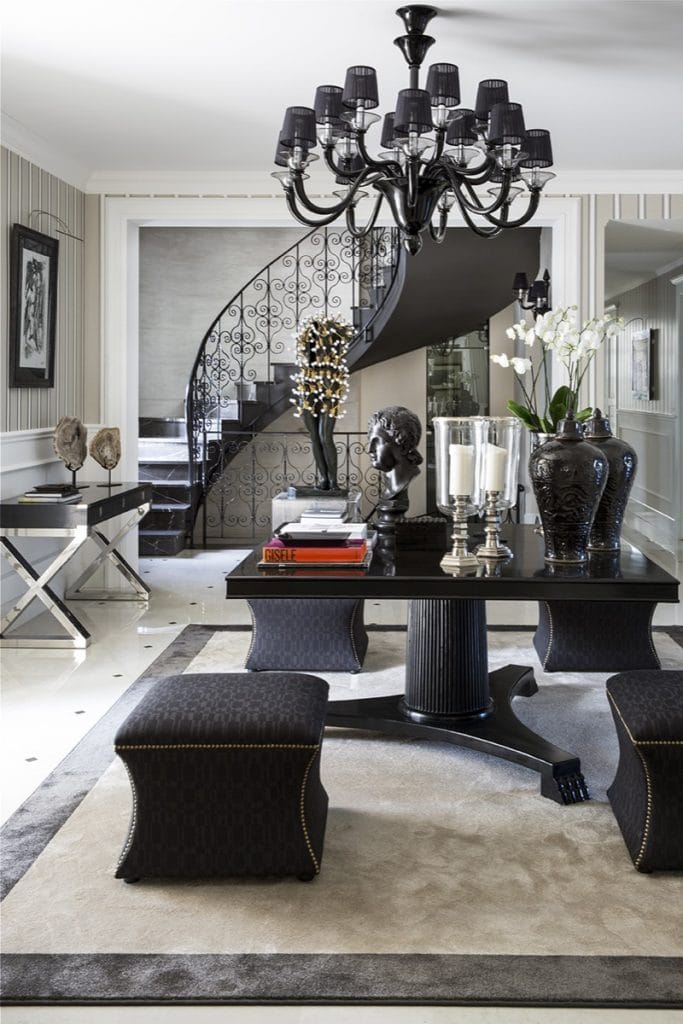 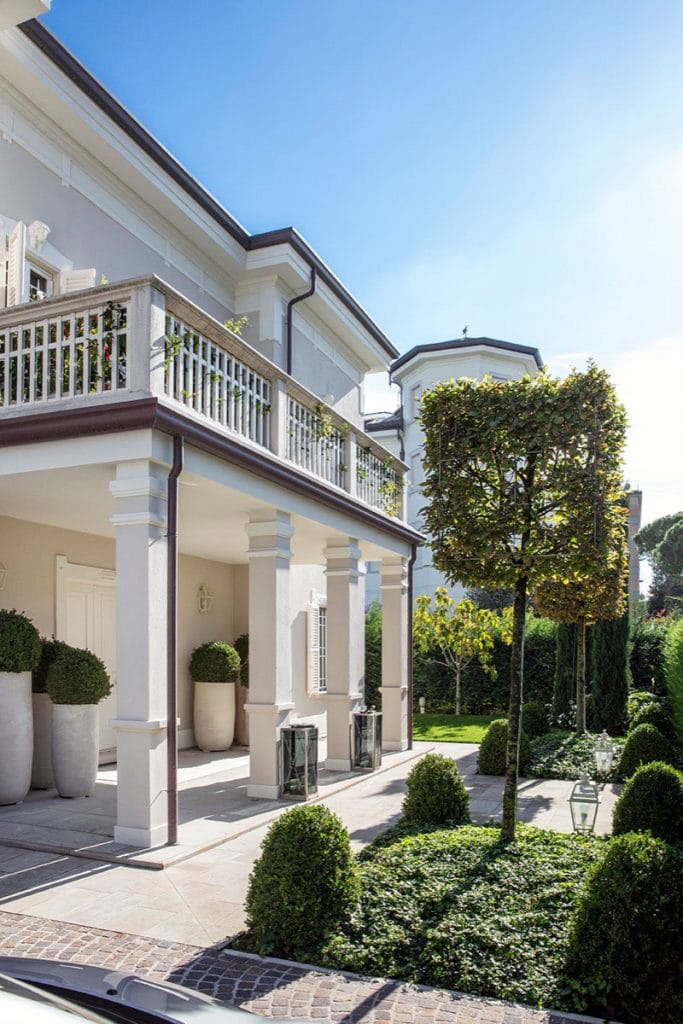