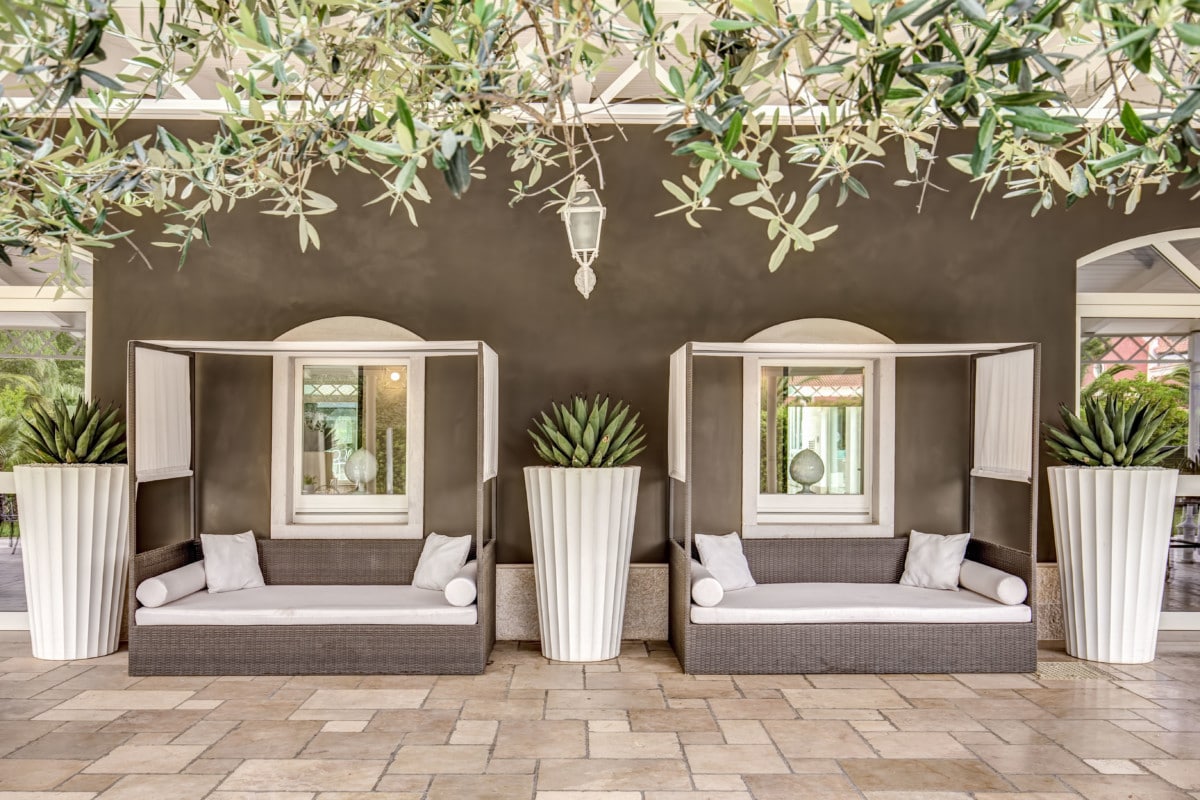 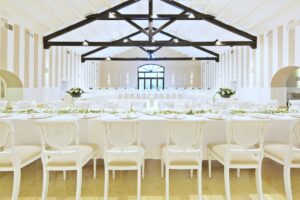 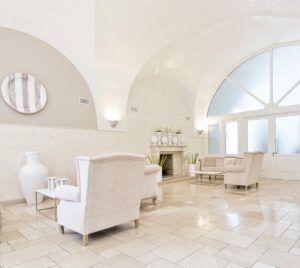 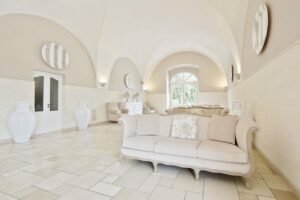 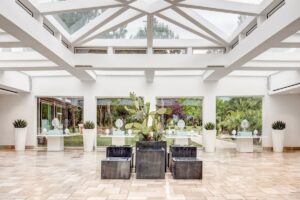 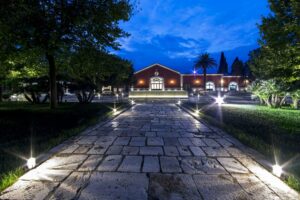 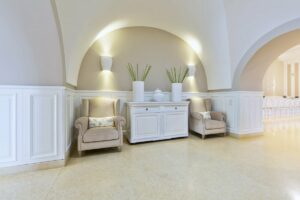 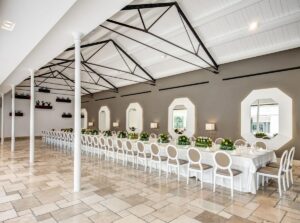 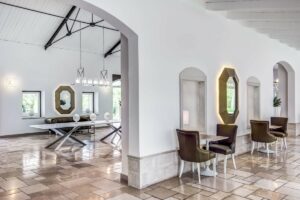 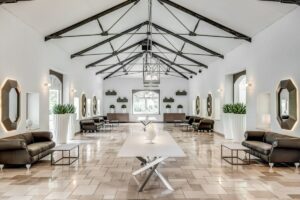 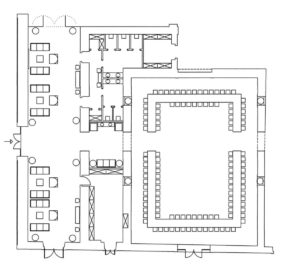 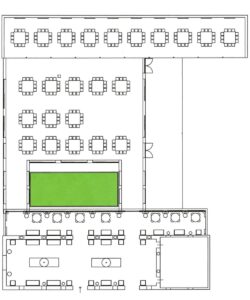 From an old barn, belonged to the Pavoncelli counts in the second half of the 1800s, a wine house (known for the “Bianco di Lusso”, today no longer in production), from an American aviation military base during the Second World War to a banquet hall in the last decade…the estate is immersed in a park of 15 hectares (120 hectares the property) in the countryside of the Ofanto Valley, in full “Tavoliere delle Puglie”.

As decoration, there are the applique in the shape of a jar and the ceramic sculptures depicting olive branches (the true “spirit” of Puglia).

A restyling born to marry the Apulian tradition, devoted to conviviality, with the refined atmosphere of French décor … 500 square meters (Sala Giulia) dedicated to a fairytale wedding in a dream location and 1.500 square meters (Winter Garden) reinterpreted in a contemporary way, dedicated to ceremonies/events/meetings/conferences. 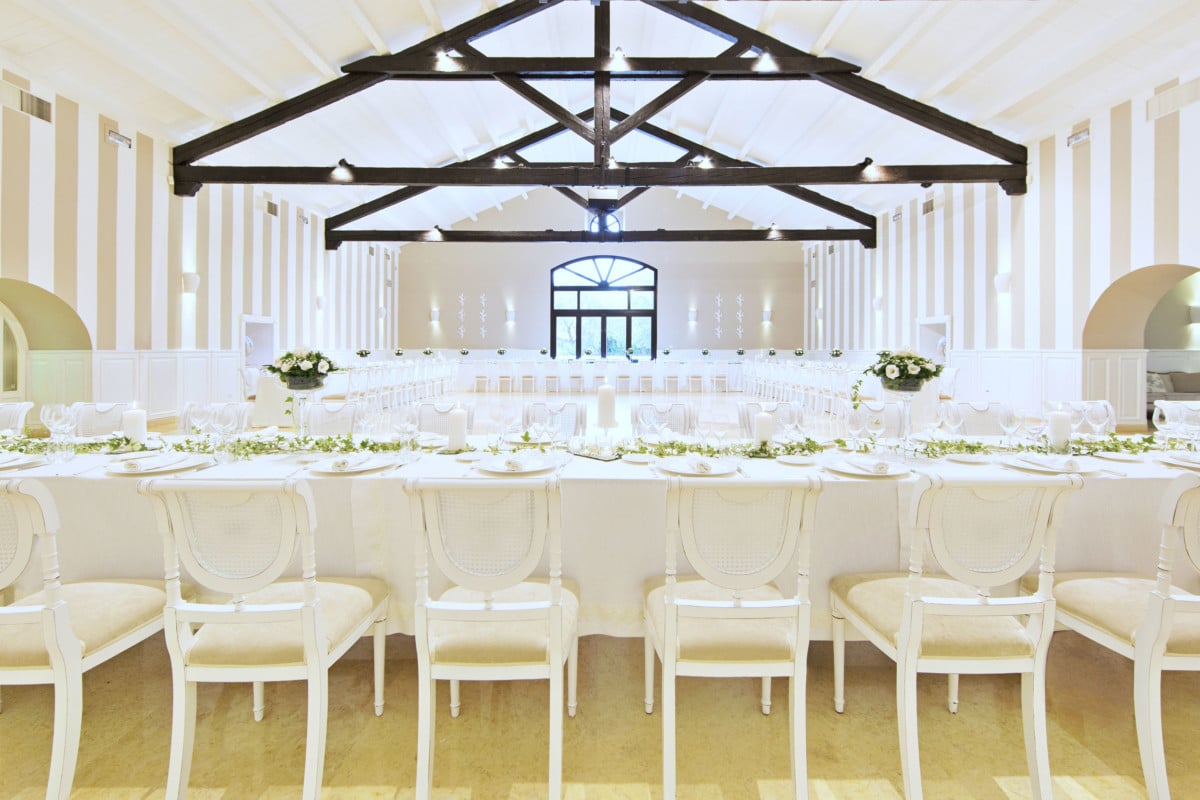 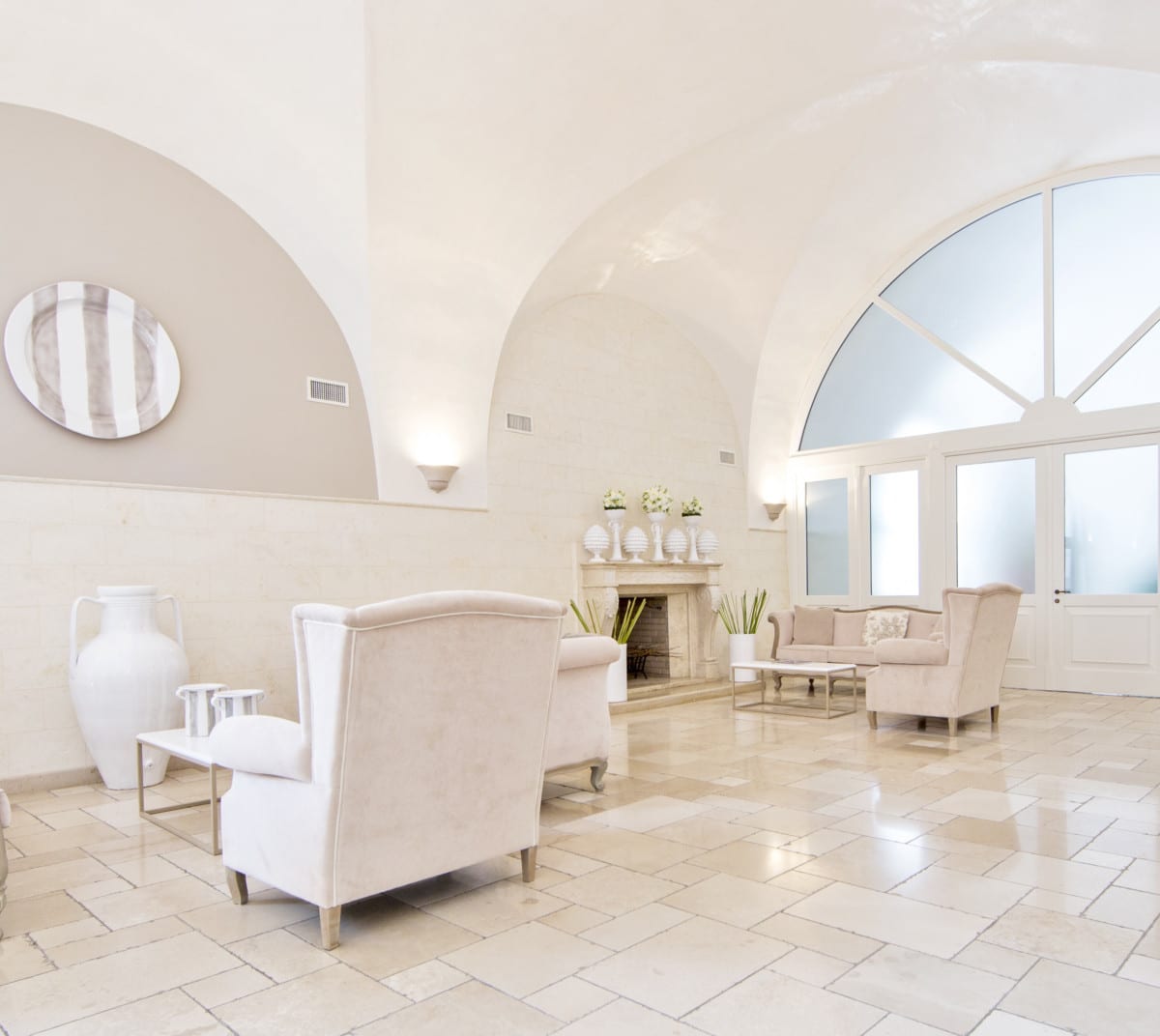 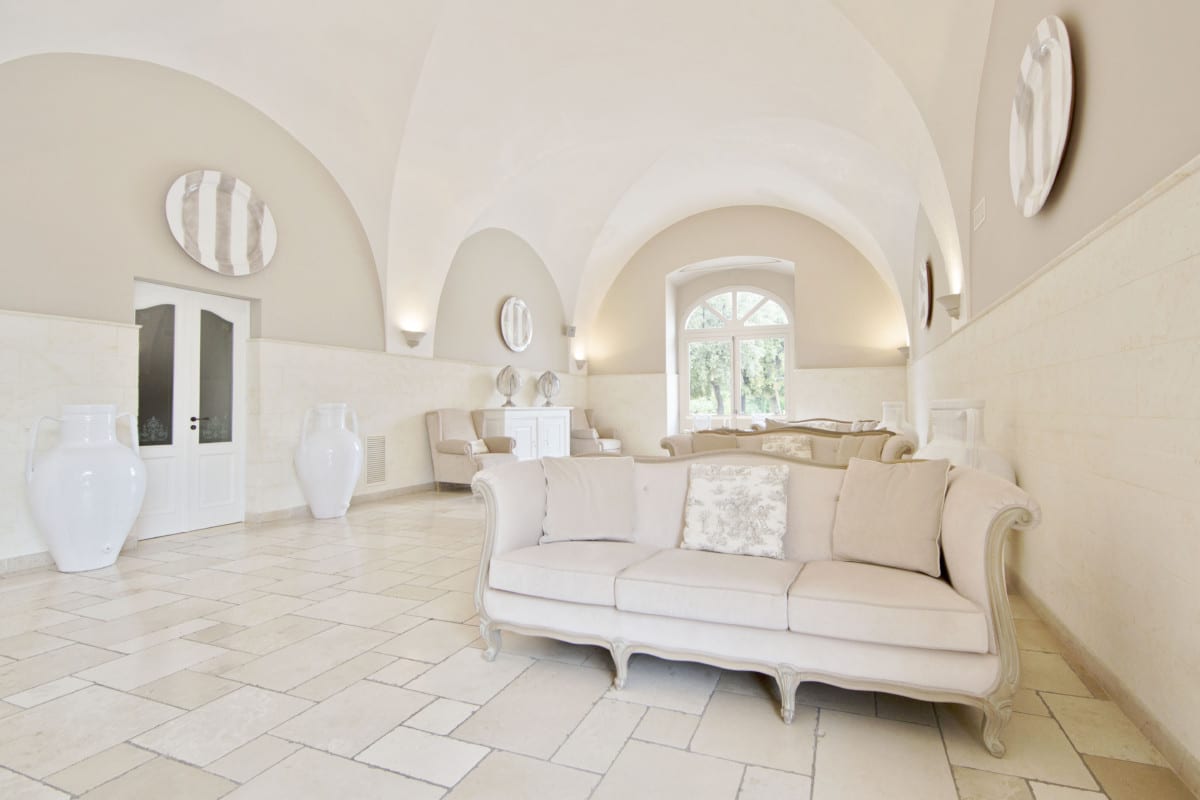 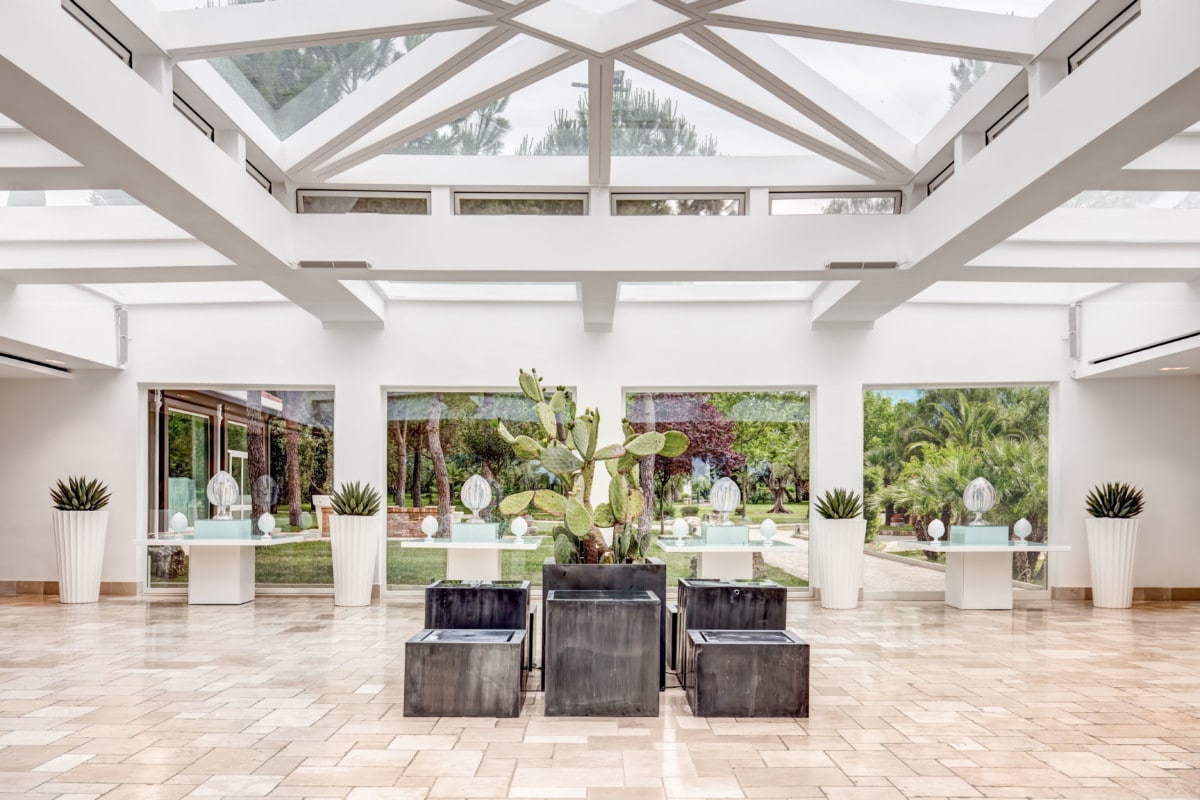 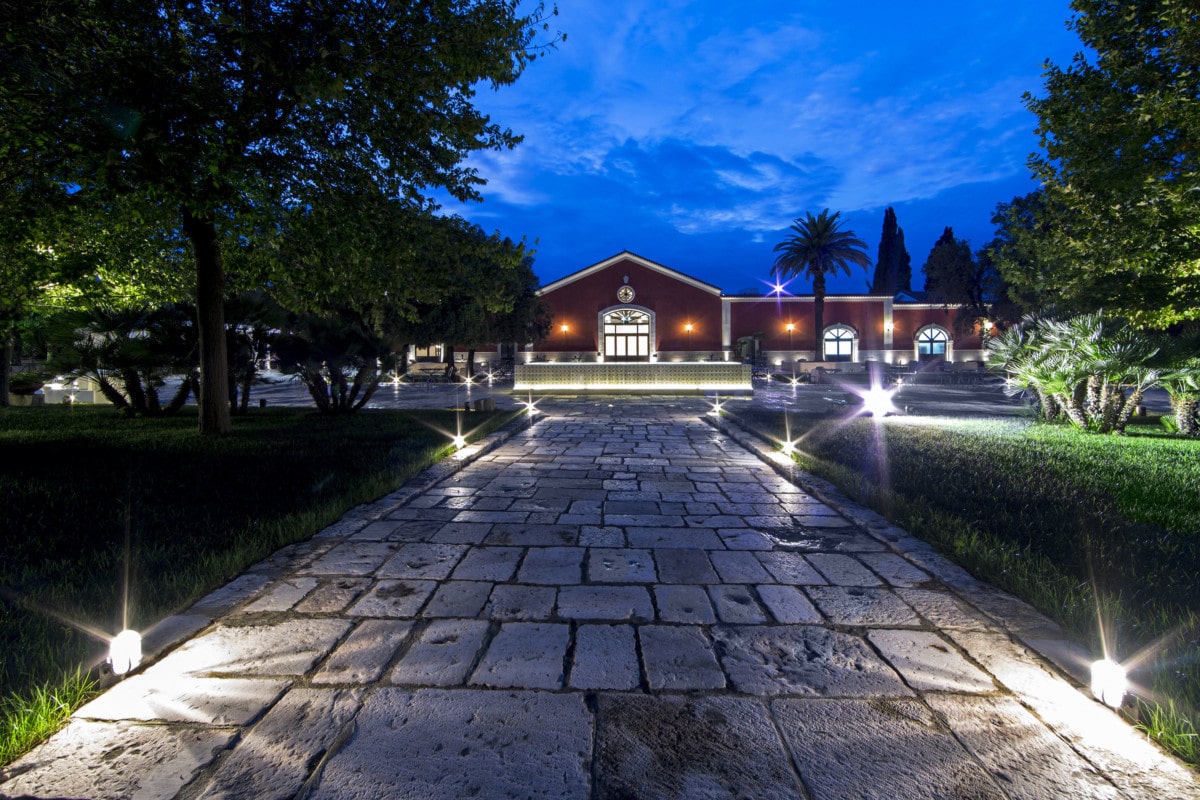 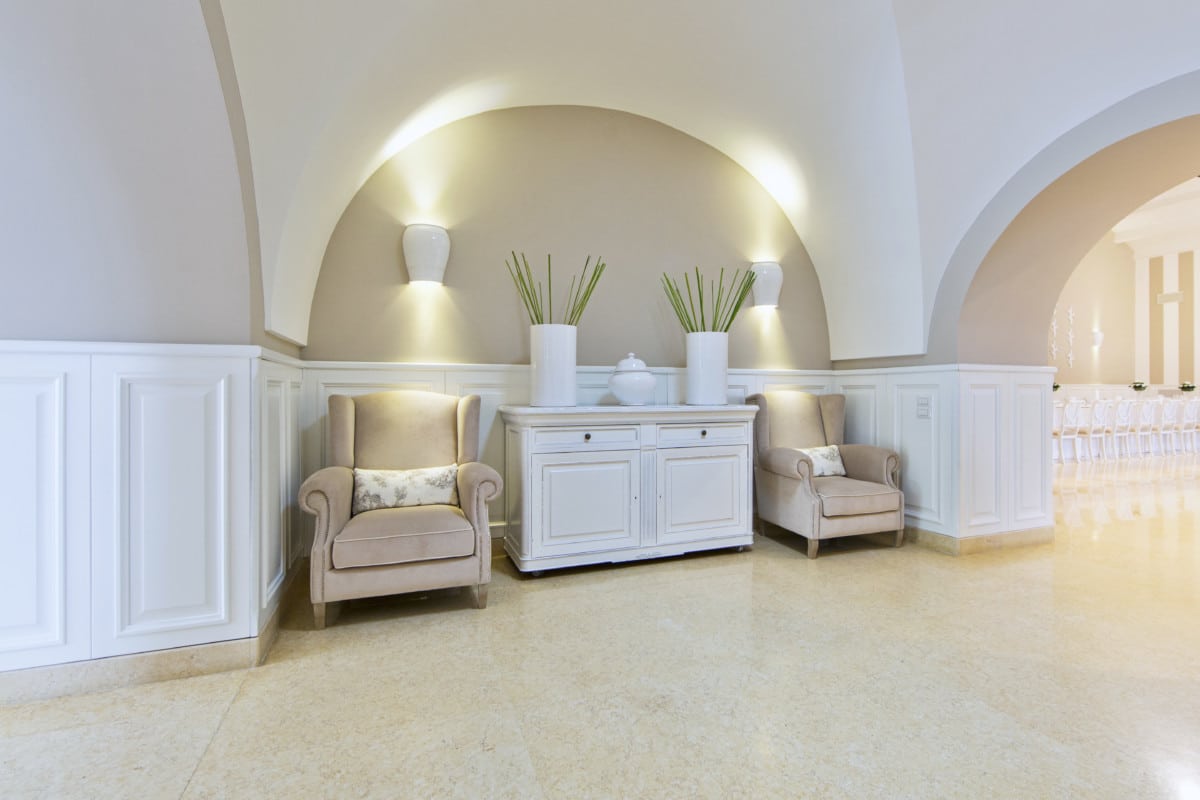 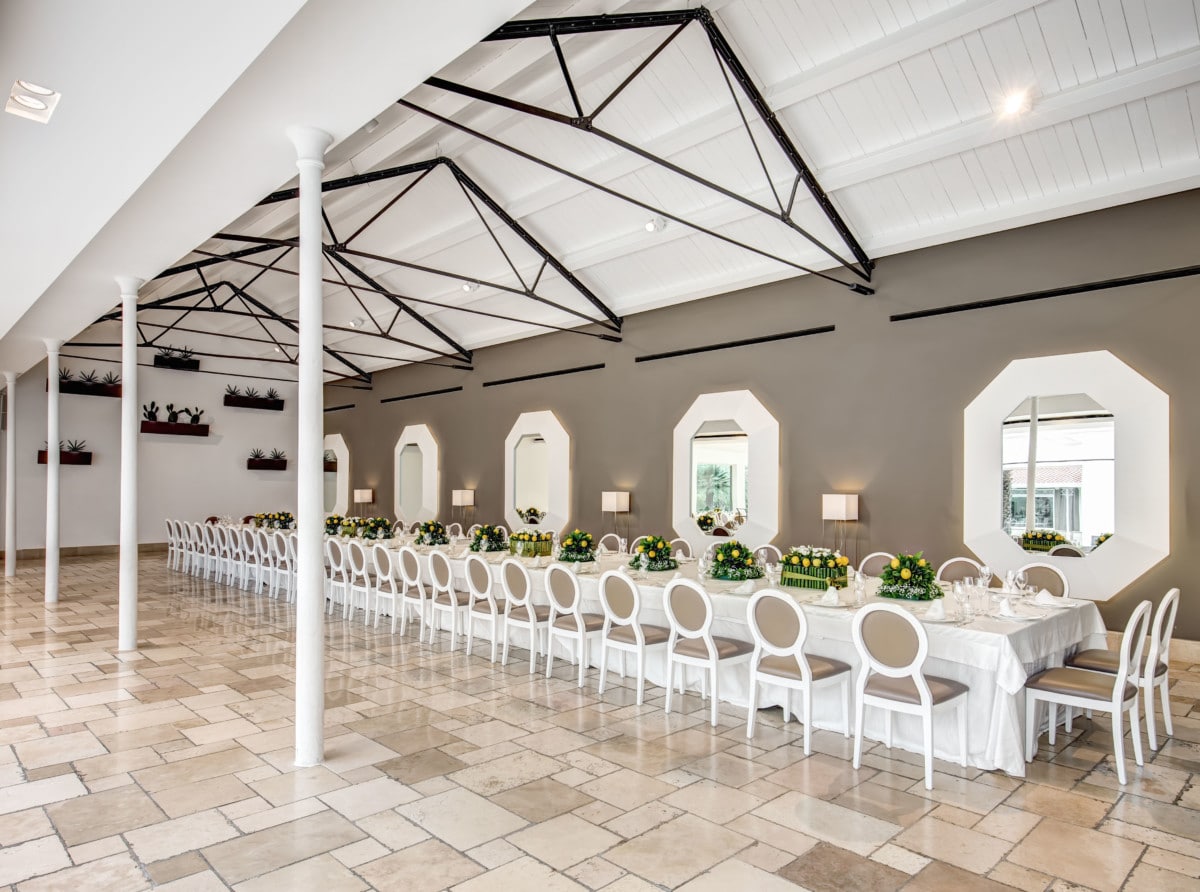 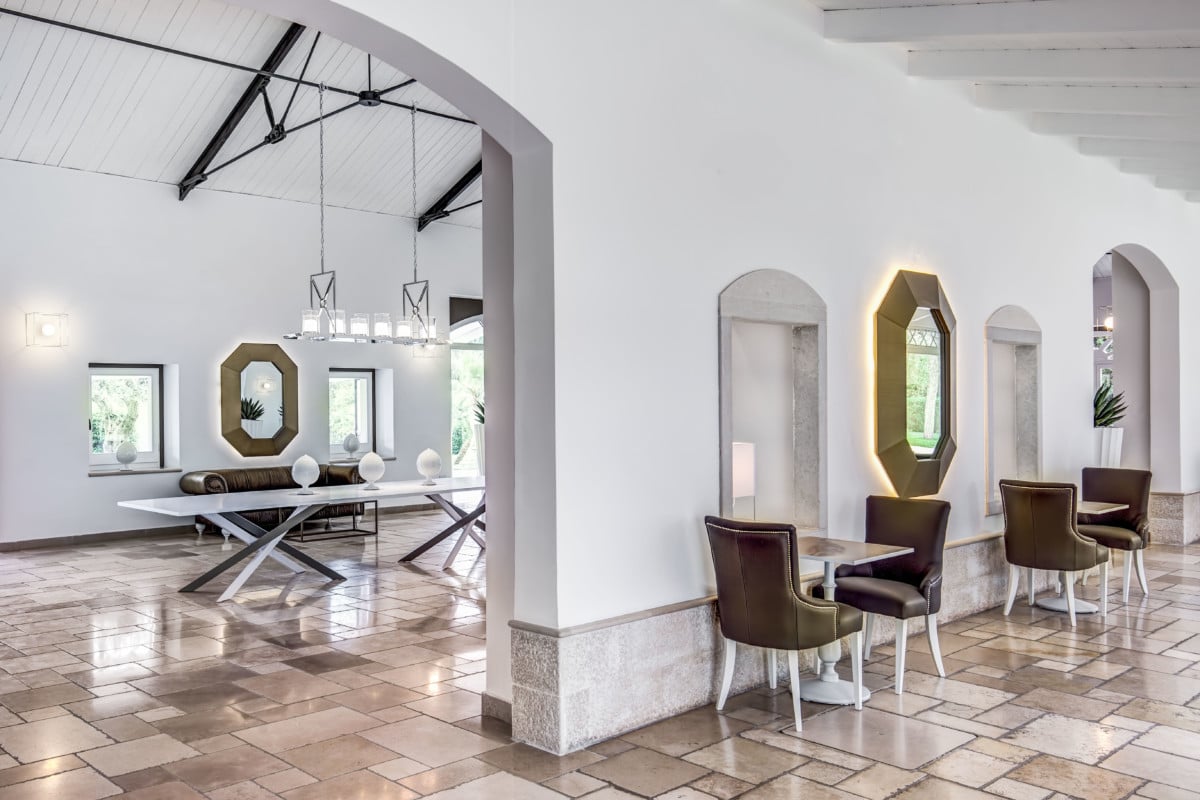 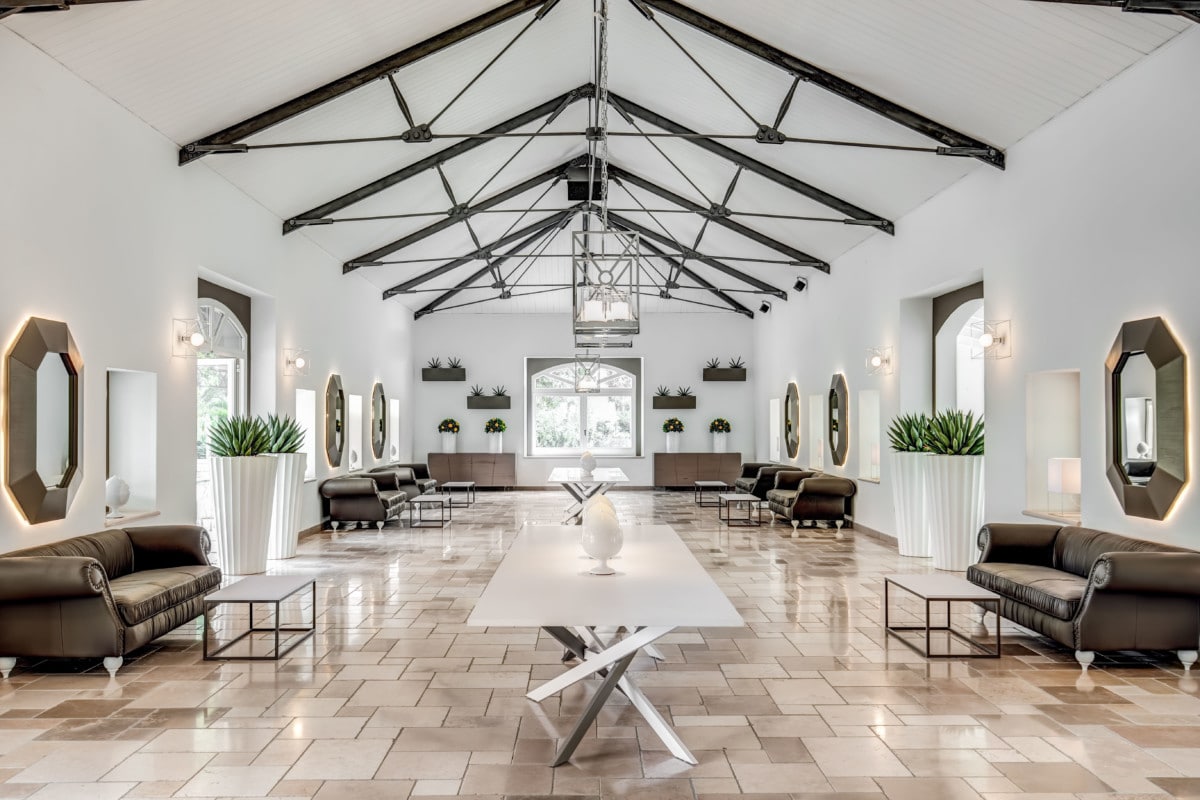 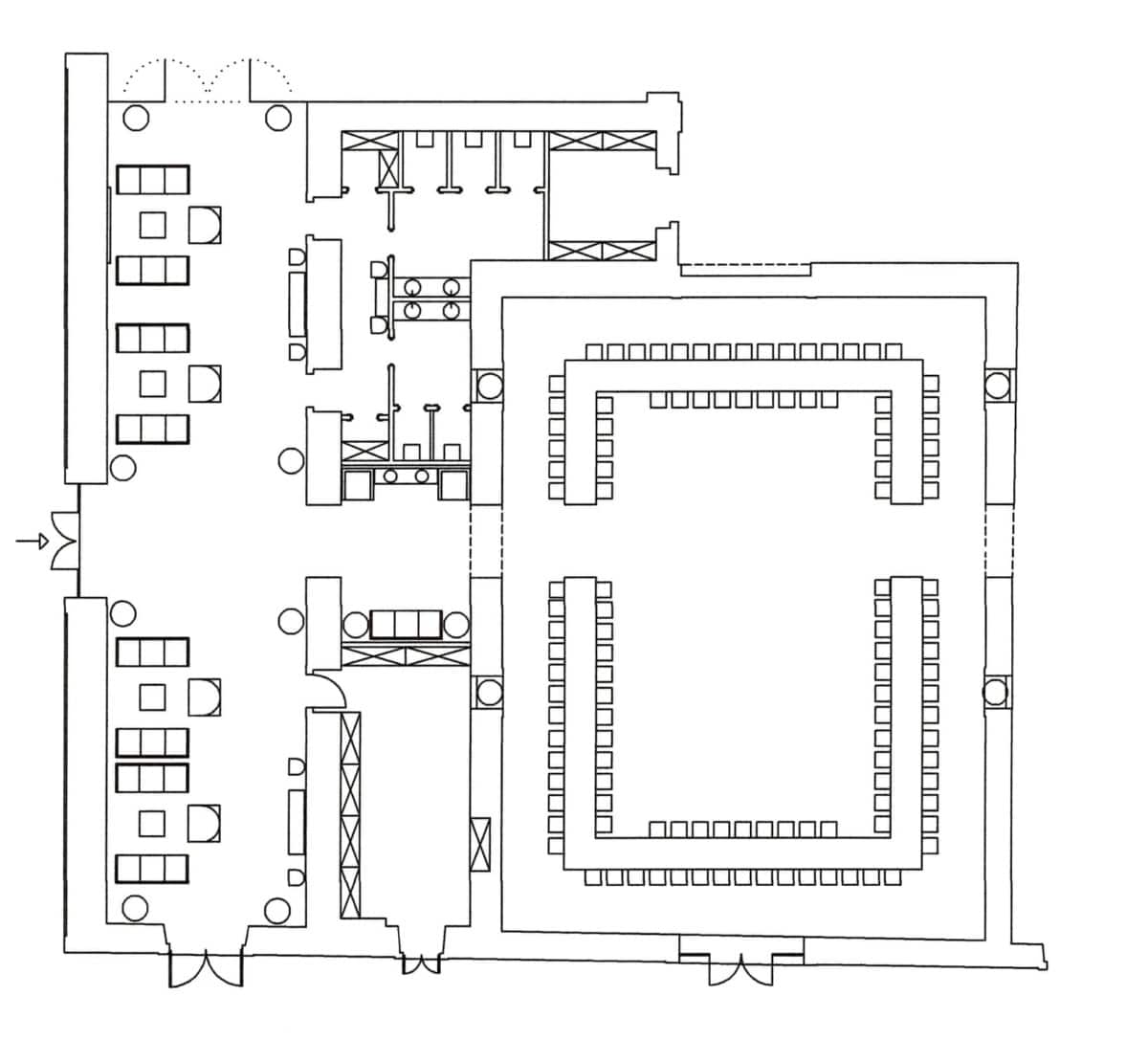 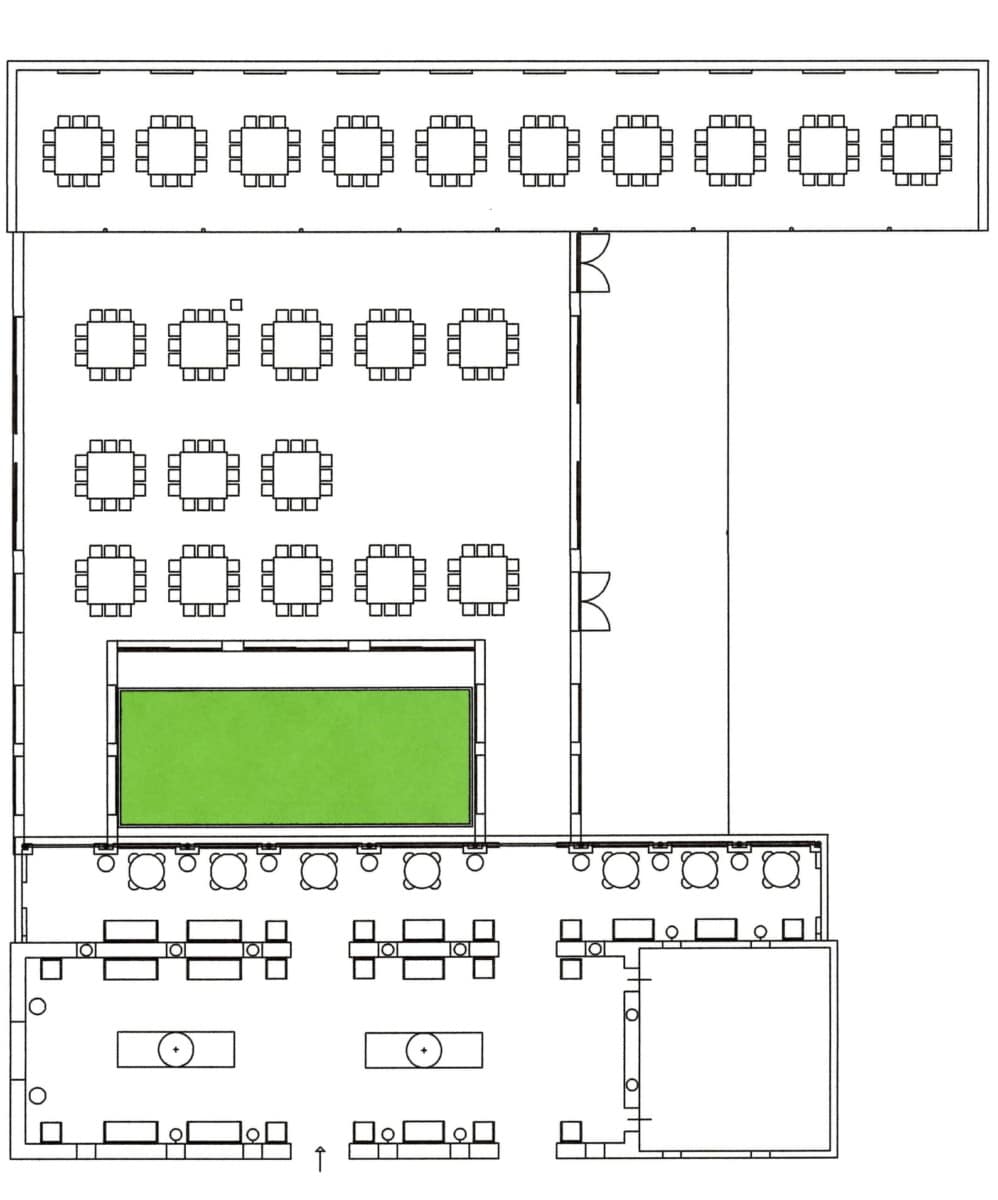