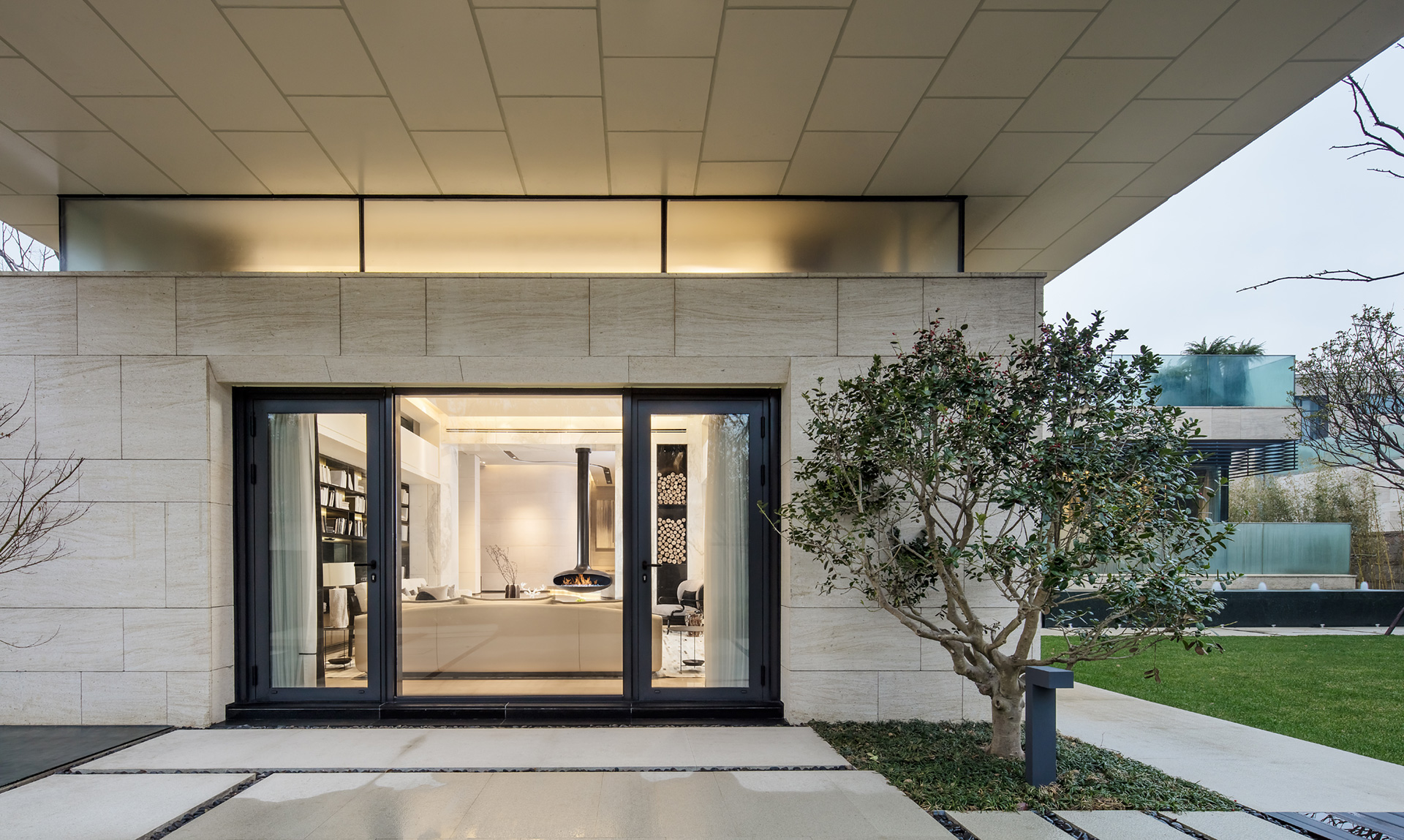 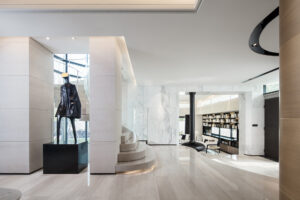 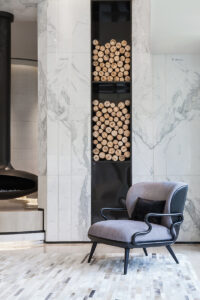 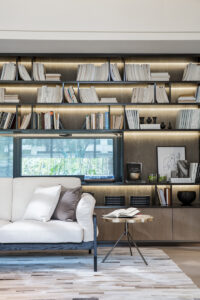 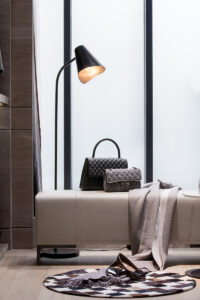 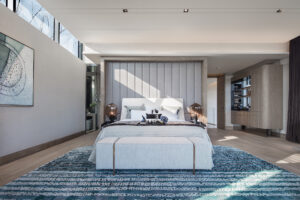 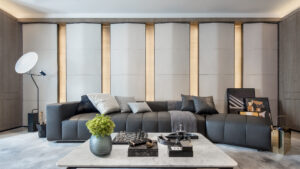 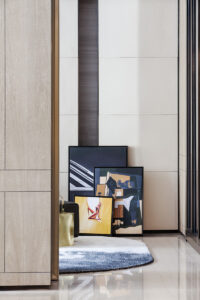 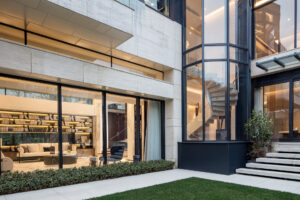 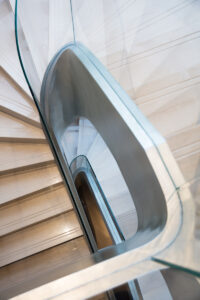 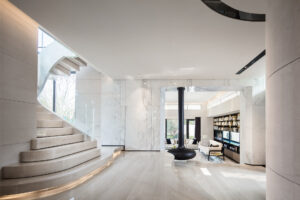 This building besides the Dushu Lake of Suzhou has two floors, one basement, and a flourishing garden. The designer was attracted by its modern sense as soon as he saw it, but how to make a design that is applicable to this new lifestyle and architectural appearance? After research and thinking, the designer took “elegance” (one of the most unique temperaments of Suzhou) as the starting point to create a contemporary lifestyle, introduced minimalist modern design methods into the project, and made lots of considerations on different functions.

The designer moved the elevator, originally located in the lobby, to the position where the staircase was put behind and lowered the staircase to the front door. The aim was to create multiple slopes and dimensions in the stacked layers, and add rhythm into the space, so as to achieve a continuous passage that looks like a corridor in Jiangnan gardens. And in order to avoid vision block caused by the staircase, the designer paved it with marbles and used silver foil on the edge, as a result, it looks like a three-dimensional sculpture suspended in the air when seeing from the outside. The courtyard outside the window is connected with the interior space through this ingenious design.

The kitchen space can also be a place for chatting and social activities, and the designer tried his best to bring the outside scene into it. In the study, transparent glass and open bookshelf were adopted to create harmony between the interior and the exterior scenery. This is exactly an expression of the Oriental garden’s method of “borrowed scenery” in modern life. This kind of oriental style is also reflected in the master bathroom, where the designer applied pixelated processing for the western style Arabescato Corchia without highlighting the material itself, and yet the collage gives us a mottled feeling that quite like the artistic conception of Chinese ink wash painting of landscape. Between the second bedroom and the balcony, consideration was carefully made to integrate the indoor and outdoor scenery. Therefore, the designer placed a sculptured artwork here skillfully. The curved rockery sculpture extends from the inside to the outside and becomes a continuation of the space.

The whole project is full of the artistic conception of Suzhou garden. The sunny staircase is connected with the indoor staircase, as if forming a corridor, along which every space is independent yet connected to the living room, dining room and kitchen. With modern design methods, the spaces express Suzhou garden’s distinctive features, such as transition, penetration, changeable scenes and surprising views. 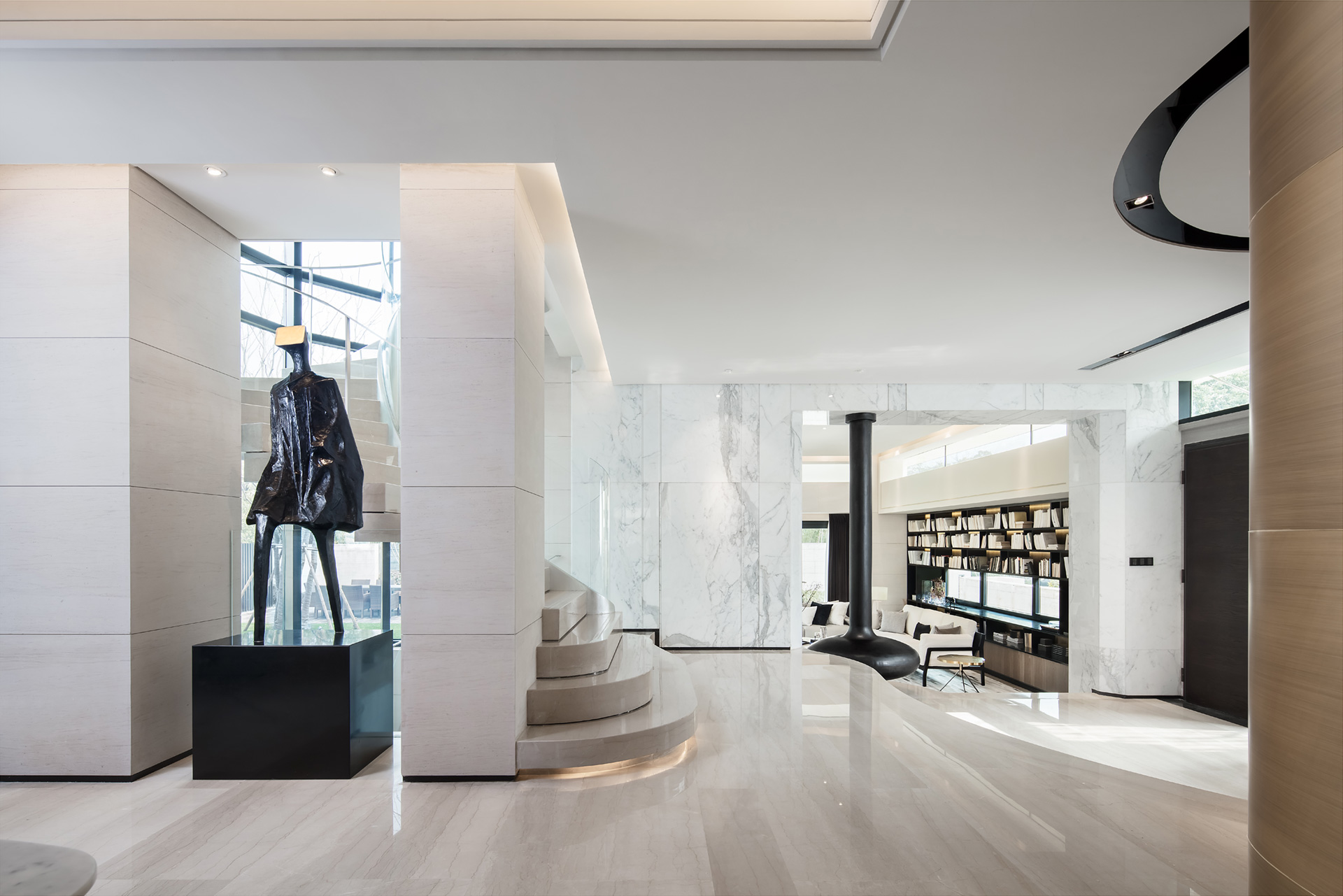 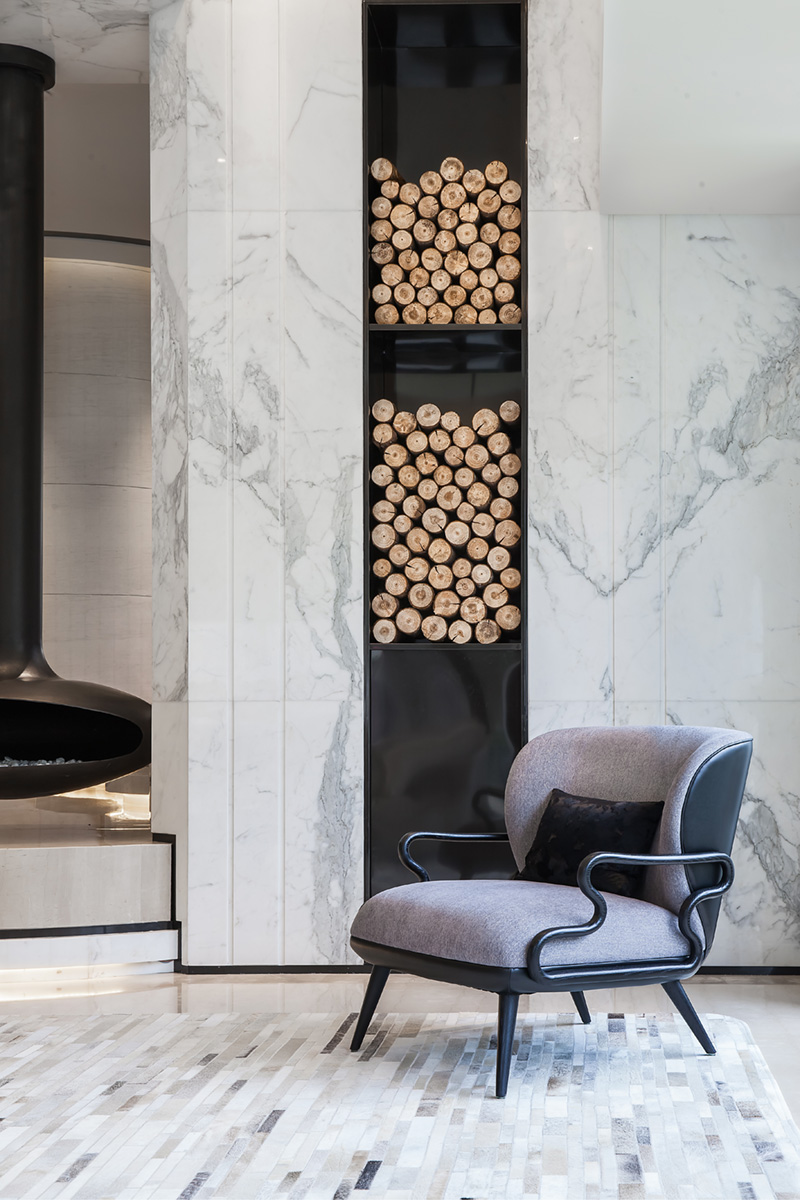 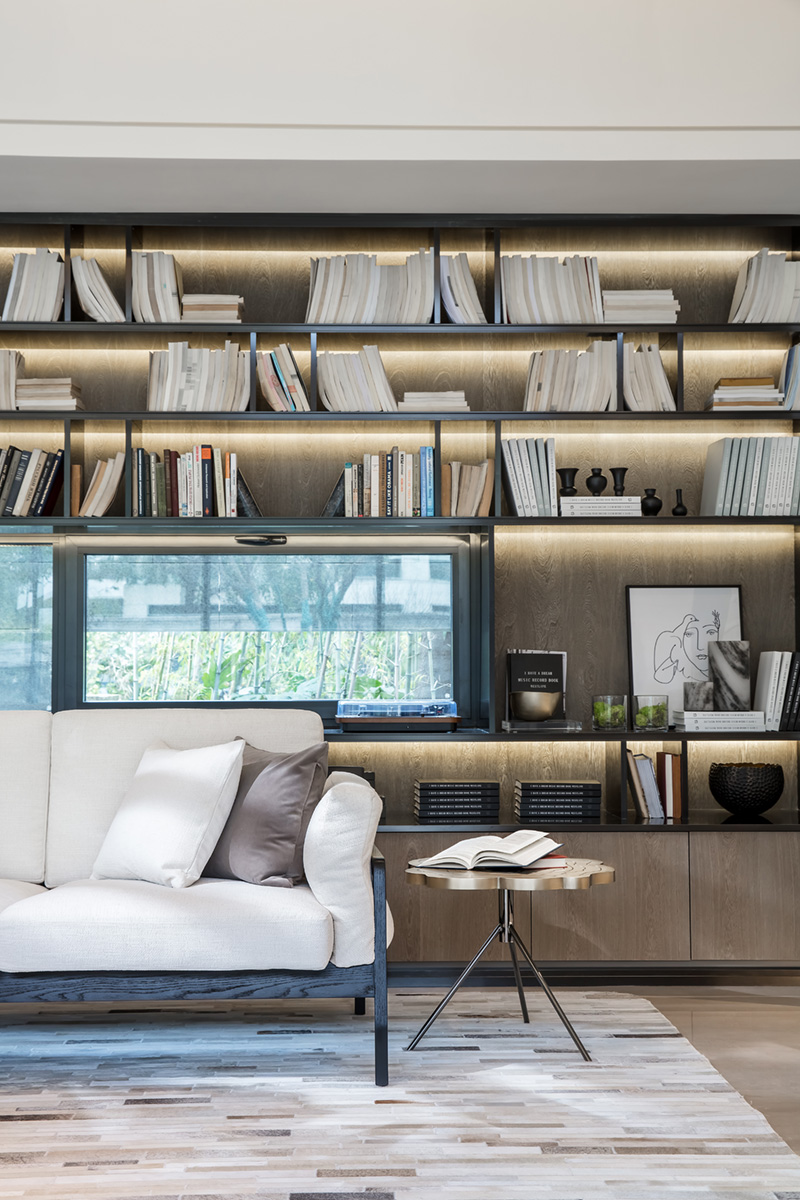 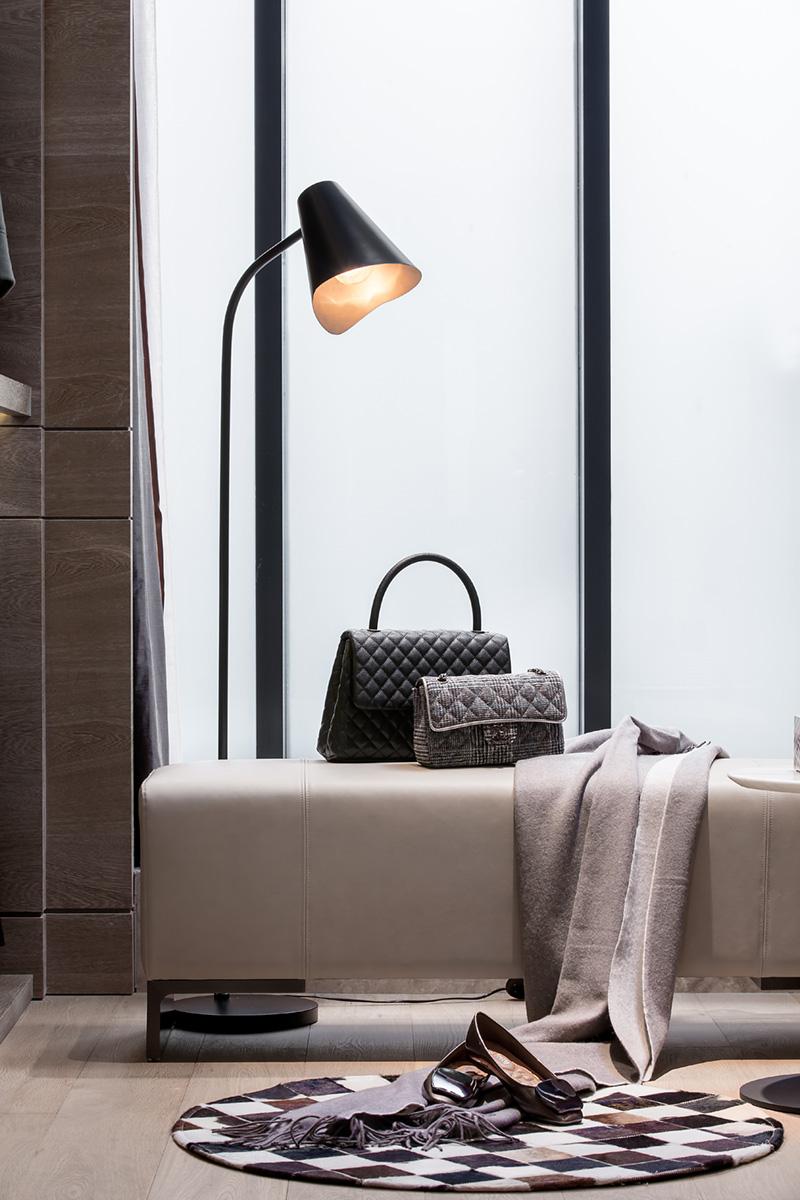 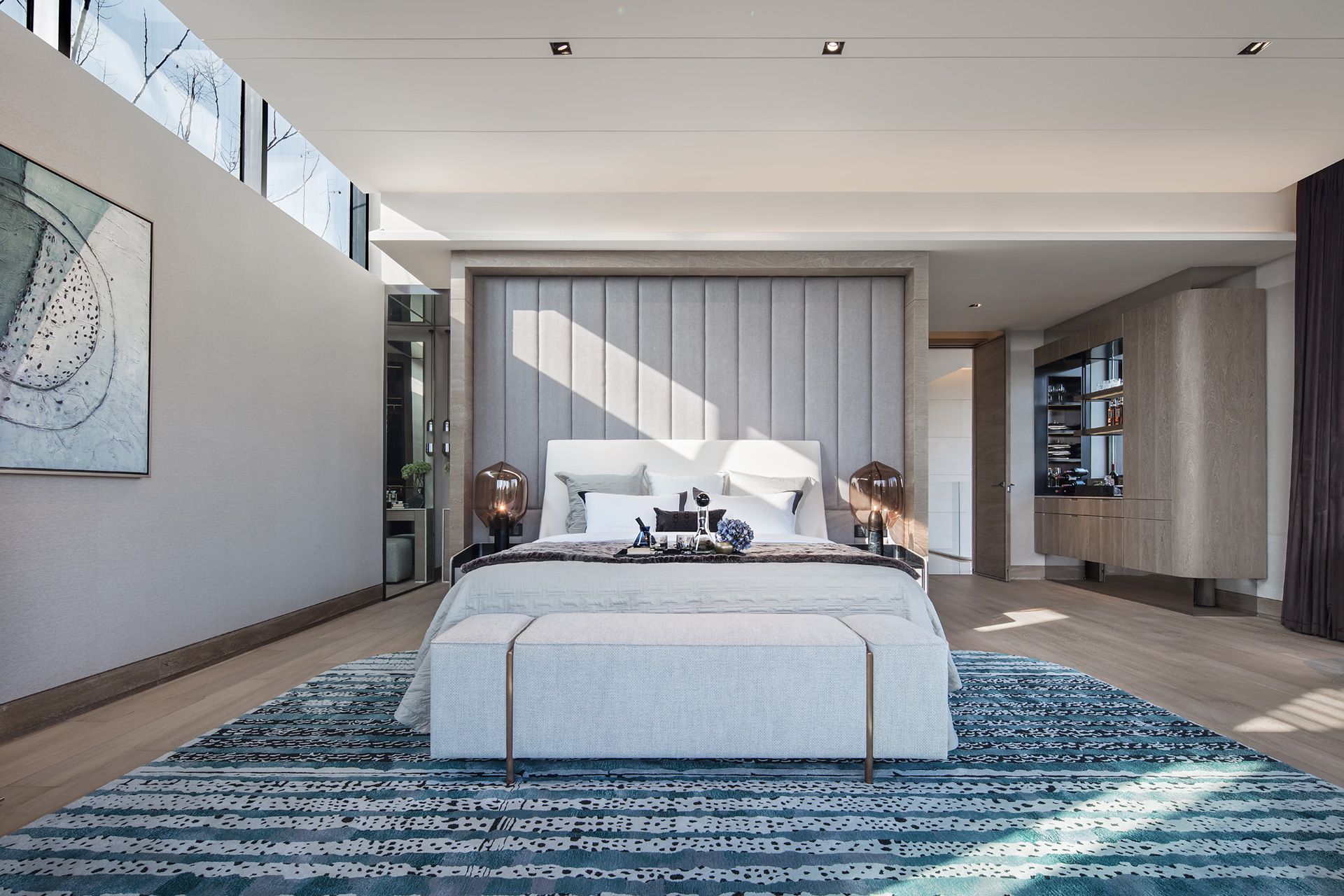 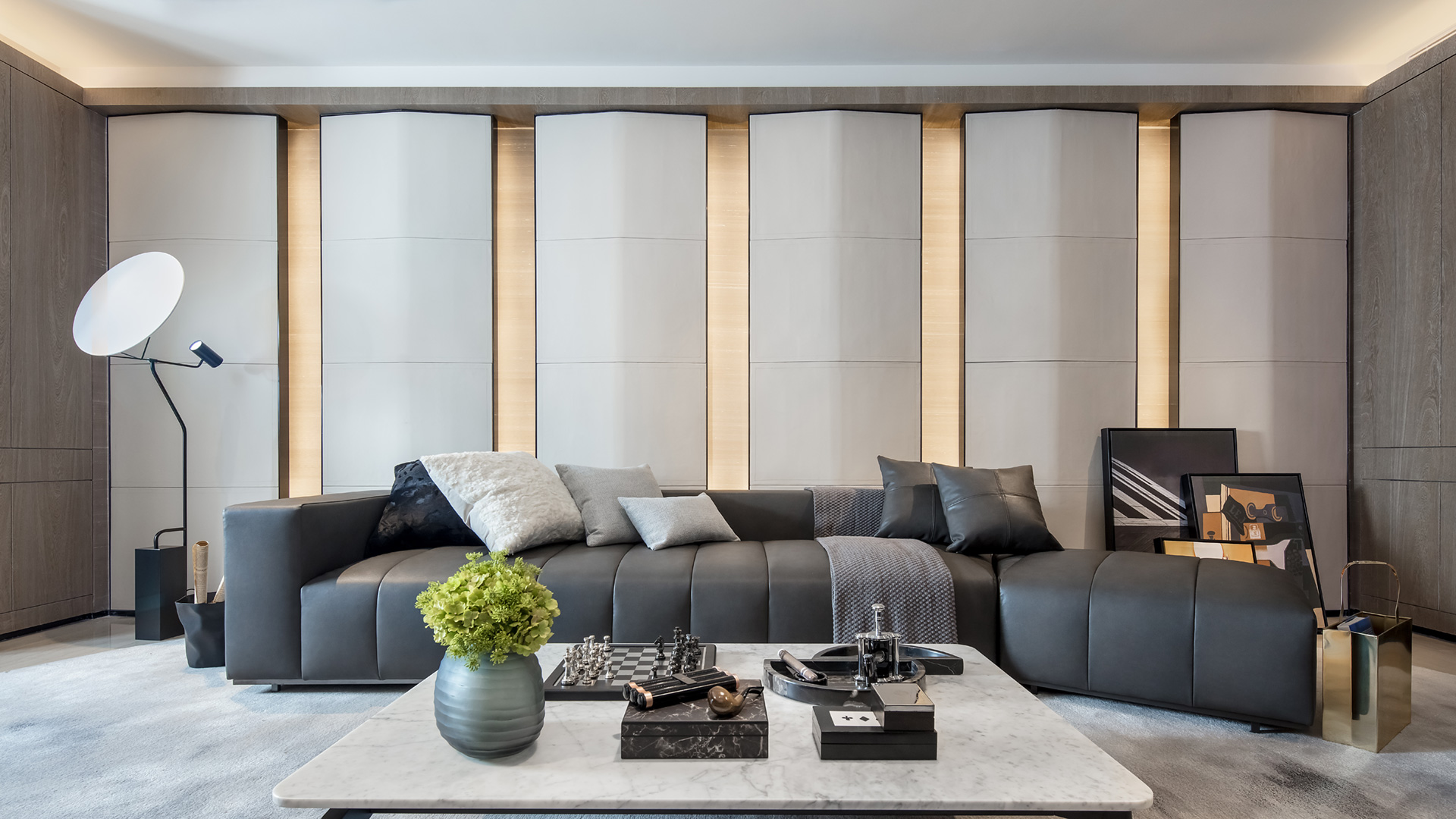 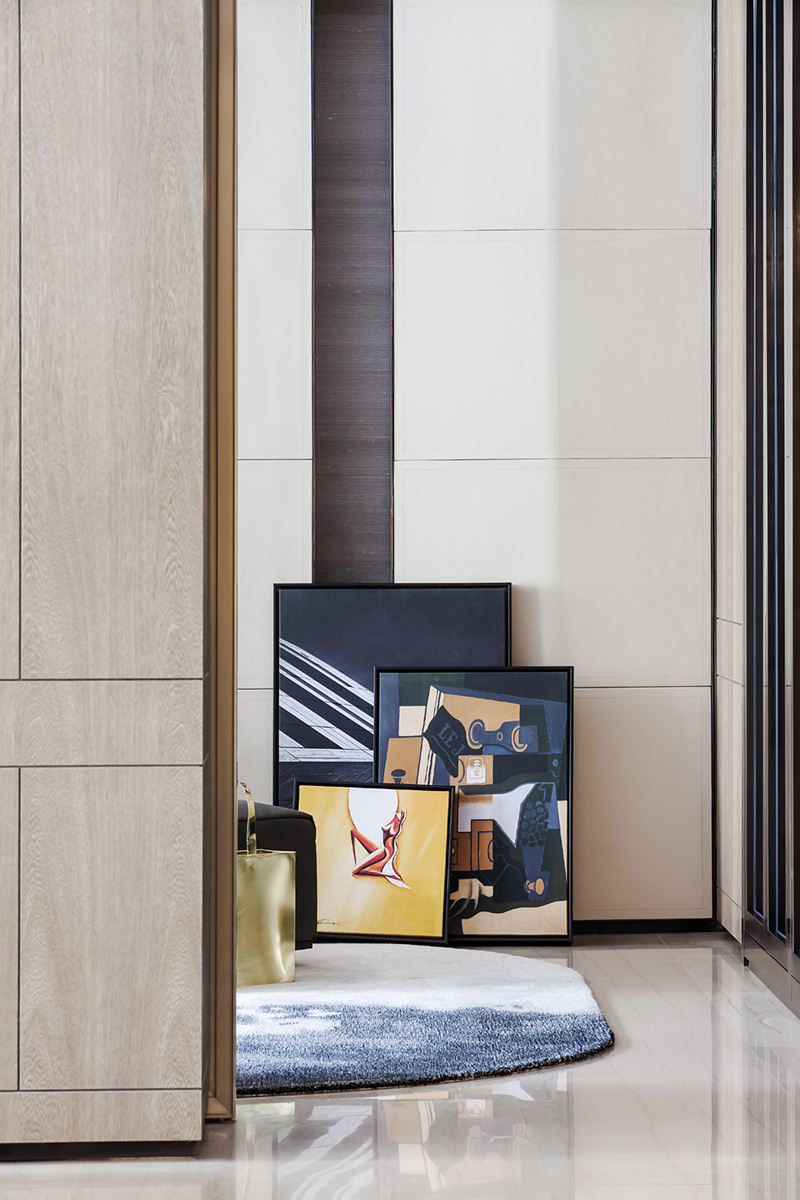 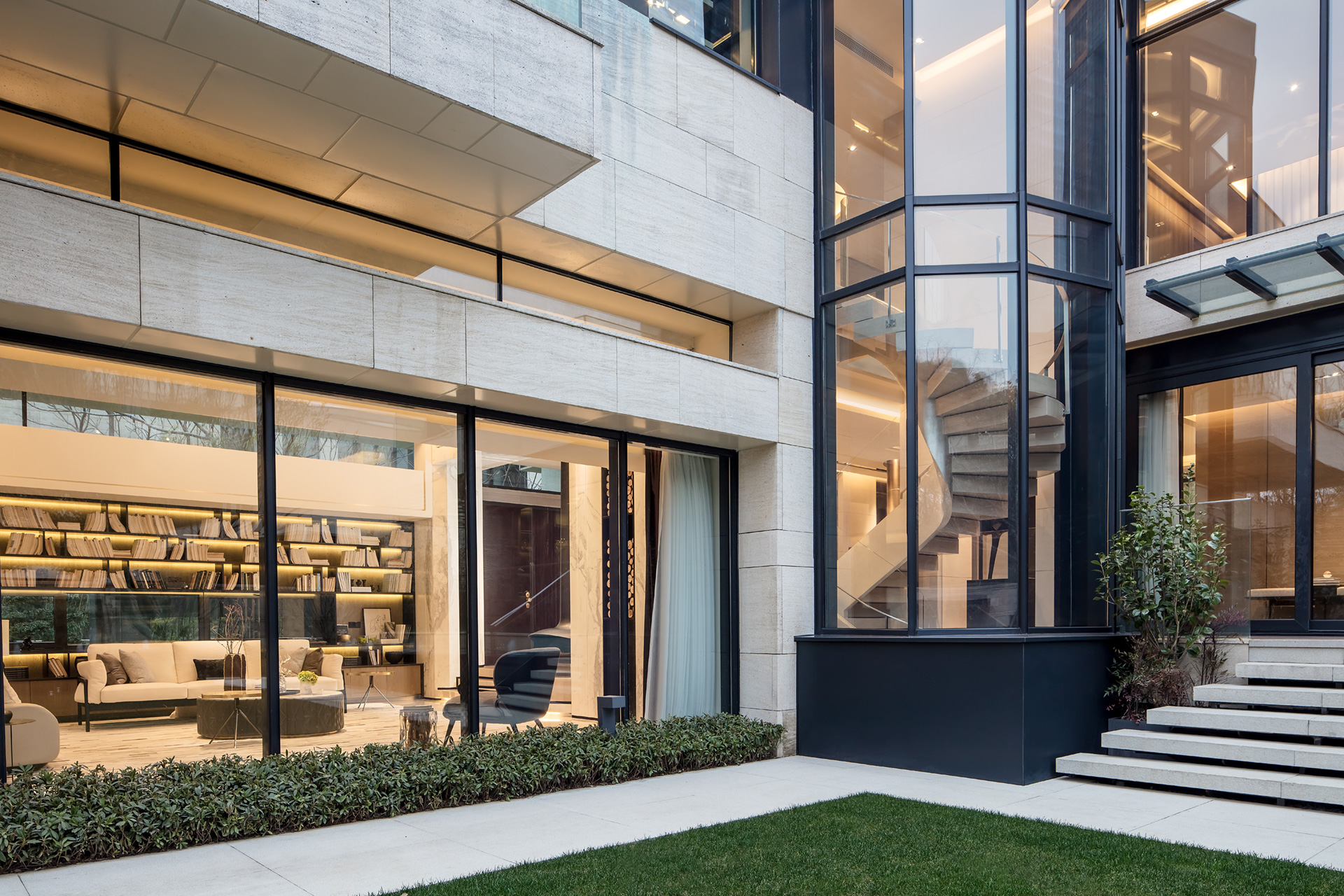 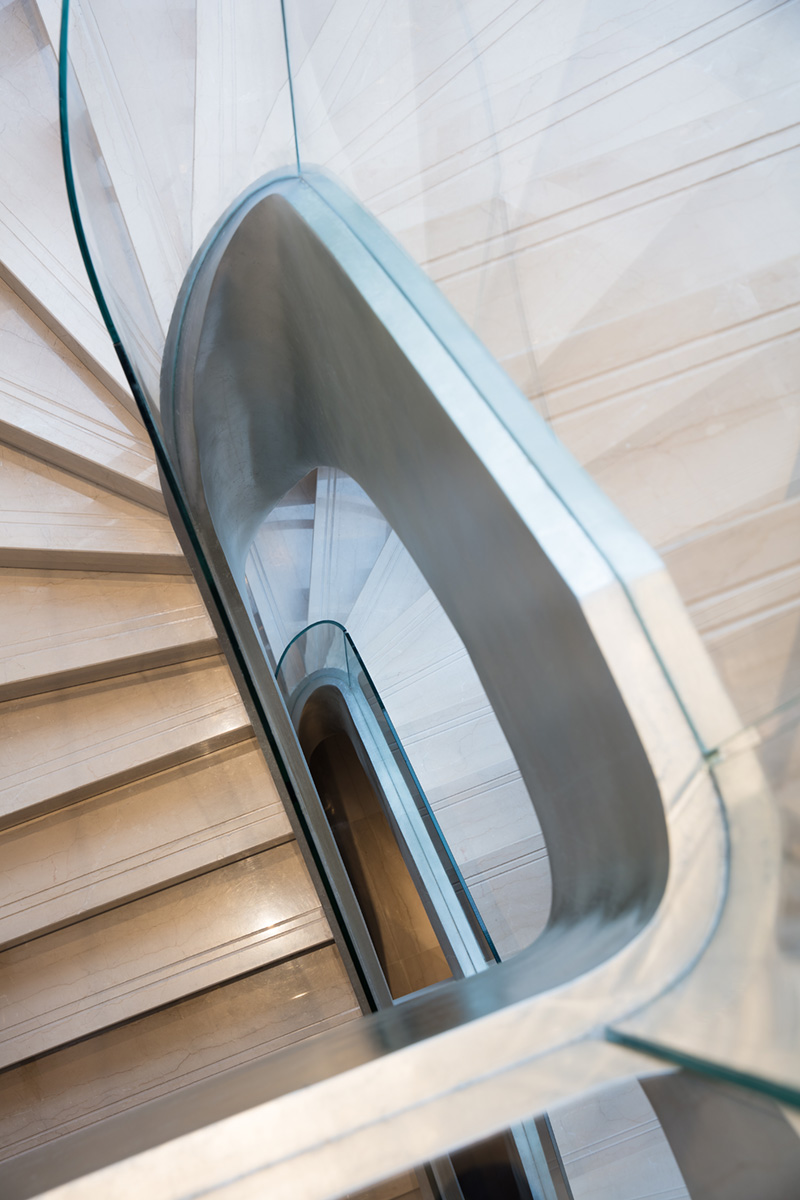 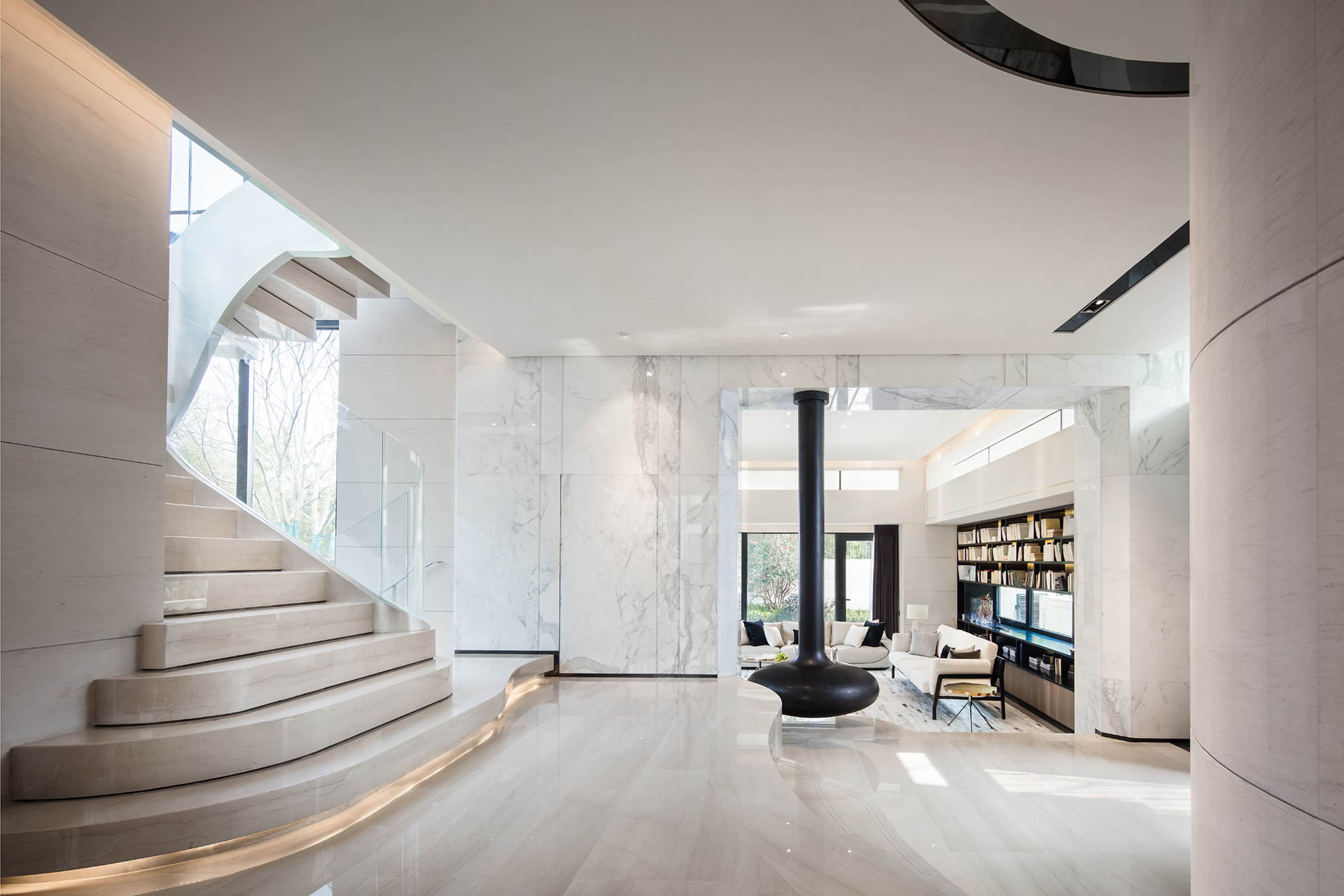