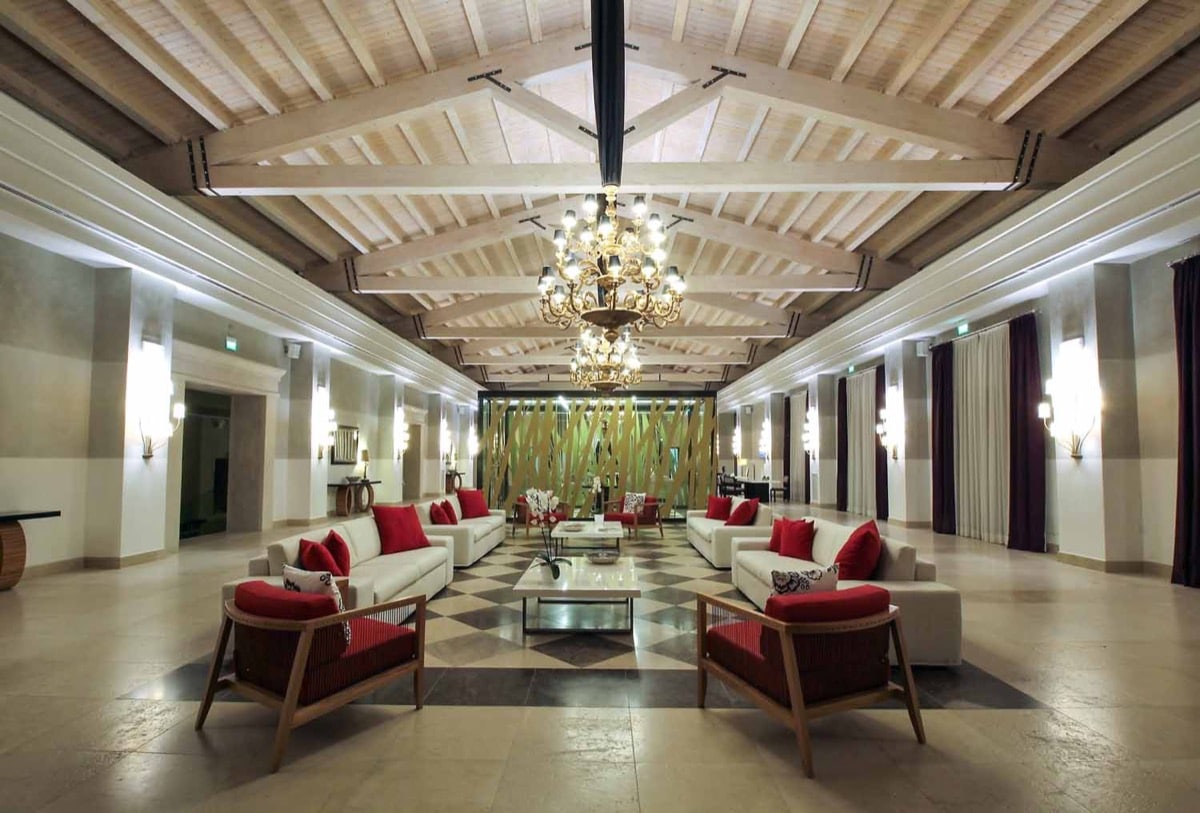 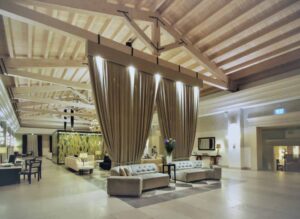 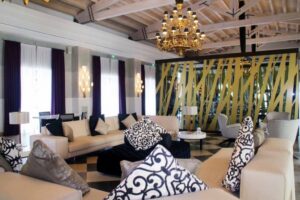 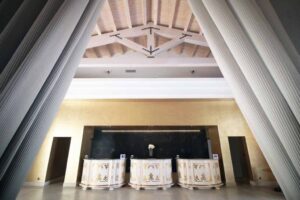 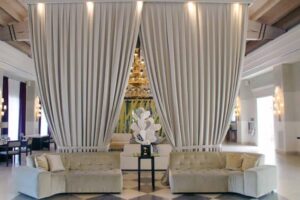 In the rebranding of Donnafugata Golf Resort & Spa, Studio Marco Piva has renovated the large common area on the ground floor.

Since Donnafugata’s customers are used to a cozy, relaxing and, above all, familiar atmosphere, the client wanted to make some non-invasive improvements of both image and functionality and they therefore requested a light intervention, able to enhance the complex while preserving, at the same time, its historical elements.

Studio Marco Piva’s intervention focused on identifying those elements of the interior decoration that were to be preserved and enhanced and on replacing and adding mobile furniture with an aesthetic, functional and emotional value, able to recall aspects of the territory.

From a functional perspective, the large ground floor area, a typical feature of rural architecture in the early 20th century, with its high truss ceilings, was deeply chaotic: acoustically, thermally, visually and organizationally. The project concept came from the need to create a rhythm by dividing the spaces and assigning them a function, without any kind of architectural intervention.

Two strong scenery flats – two floor to ceiling curtains and a glass block – enhance the existing architecture while, at the same time, ideally dividing the large hall into four spaces: the reception area, a waiting/lounge area, a shop area and a parlor area designed as an extension of the adjacent café.

Besides organizing the spaces visually, these devices also play an important acoustic role by interrupting sound waves; they maintain the temperature (by better retaining air-conditioning) and they act as filters for the sunlight coming through the three large French windows at the bottom of the hall.

From a chromatic perspective, on the one hand the mood has been chosen according to the local architecture and decoration: this was the case with the golden hues referring to the Sicilian Baroque (chandeliers and reception desks), which were not only maintained but enhanced in the reception area, or with the olive green and the orangey red for the chairs upholstery in the lounge area, or with the fabric weaves, the upholstery decorations and the chandelier lamp shades, also inspired by the Sicilian territory. On the other hand, though, it was decided to soften the bright, vivid colours of the tradition and to opt for neutral tones of white, taupe and black in order to create a feeling of calmness and serenity within the space 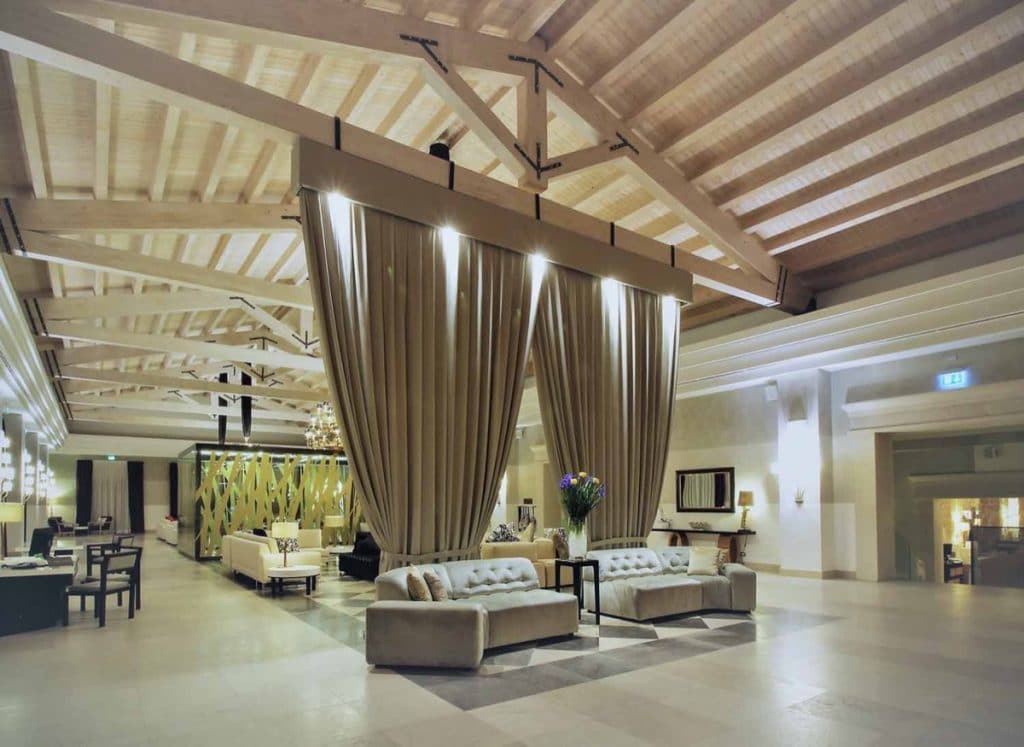 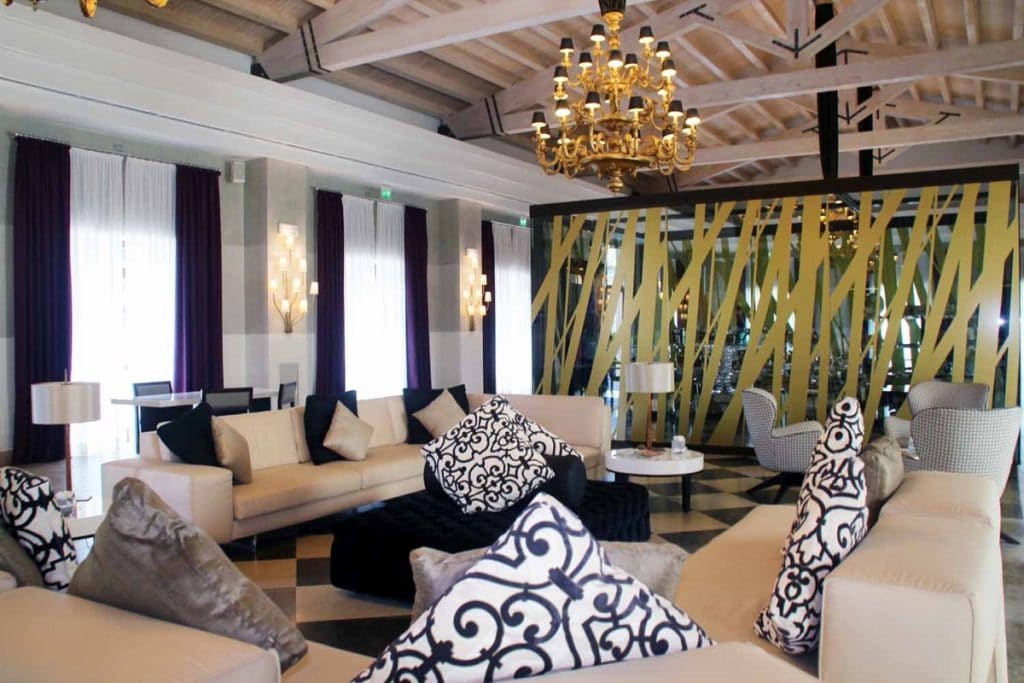 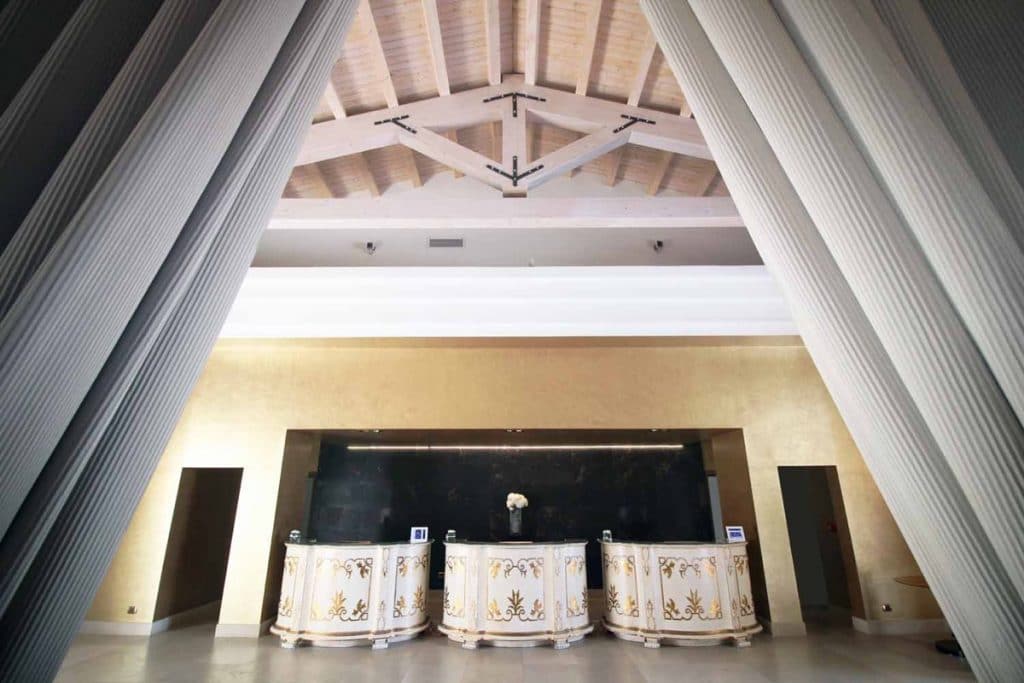 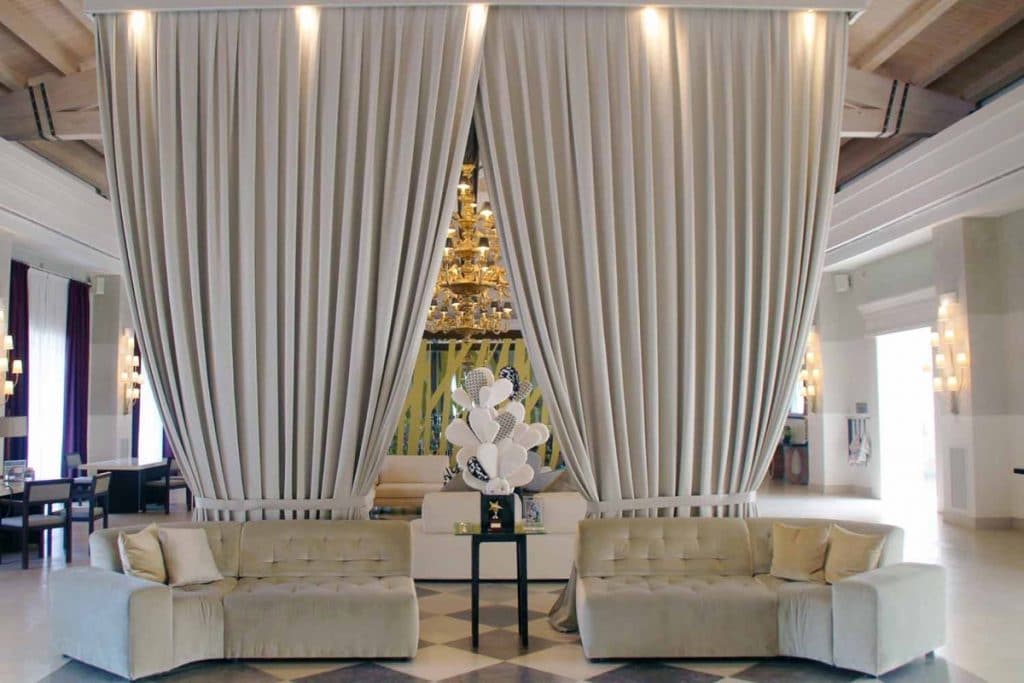