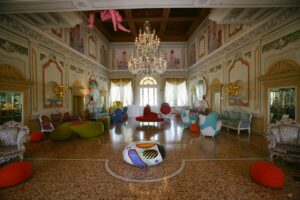 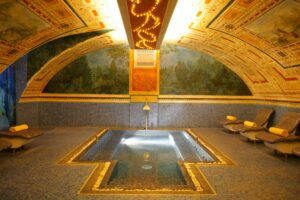 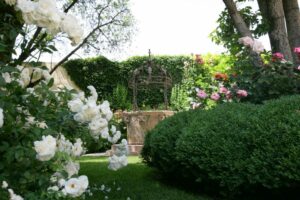 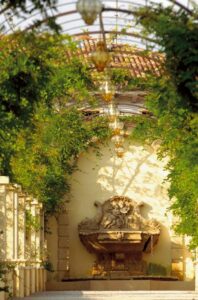 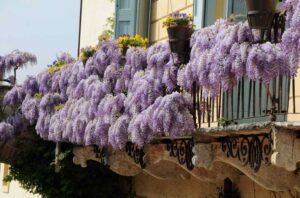 The ninth edition of “World Luxury Hotel Awards” was hosted by the prestigious Harbour Grand Hotel in Hong Kong in October 2015.
More than 300 participants presented their projects with the aim to win an award during this big red carpet event.
The remarkable satisfaction of the numerous participants was also increased by the wonderful setting of an international stage livened by the stars who attended the event. The prize awarding took place in this setting, for the Art Hotel Byblos in Verona which won the prize “Best Luxury Villa Resort, Italy”: an acknowledgement which testifies the timeless charm of this ancient property.

The hotel, which was designed as a permanent contemporary art exhibition, gathers inside the works of world famous artists. The accurate renovation works of architecture, the painting, the cooperation with the well-known architect and designer Alessandro Mendini and the meticulous choice of inside furniture and of the works of art converted this Venetian villa into a real museum of contemporary art and of design.

Outside the villa, instead, there is a wonderful 20,000 square meter park, designed by Paghera, with fountains made of Veronab marble, water features and an elegant infinity pool with a classic shape. Thanks to the unique beauty of its outdoor scenic design, to its unique furniture and its capability to make you breathe art, Villa Amistà succeeded over a very selected list of candidates.

The central part of the villa was built during the Fifteenth century, on the ruins of a Roman fort, by the architect Michele Sanmicheli who want it in a Venetian style; but in the Eighteenth century Ignazio Pellegrini almost completely reformed the building. An additional stylistic combination, fitting because it is a contrast, is the one between the furniture by the designer Alessandro Mendini and the works of contemporary art. It was necessary to protect the pleasant aesthetical co-existence of so different elements avoiding to put additional styles in designing the green scenario. The ideal design solution was, therefore, to create a play of mirrors and perspectives with the architecture of the villa without, because of that, being influenced too much by the evidences of the previous systems; however, their numerous hundred-year-old plants were protected and brought back to very good health by means of accurate operations of tree surgery. The perspective created by building an entrance path, paved with white stone, which culminates in the beautiful fountain made of red Verona marble, an introduction to the wonderful façade of this villa, is connected to the tradition of the Italian garden following the interpretation at the top during the Eighteenth century. This fountain, as well as the flower boxes which characterize the path and the fountain with the cupids – framed by the telescope represented by the bower – were built by craftsmen following the ancient drawings as unique pieces. The destination of the kitchen garden of the ancient peasant house was respected and it became a wonderful display of fragrant aromatic herbs, spangled with flowers of peony, rose and wisteria. These solutions show that it is possible to perfectly apply a technologically advanced approach to a period setting, with a strong analogy with the operation to combine contemporary art and outdoors and indoors dating back to the Fifteenth and the Eighteenth centuries. But in this case the success of the operation does not result from contrast, but from harmony. This is the strong message not only of this realization , but of my work as a whole, ever since.” (web site, paghera / after Villa Amistà won the Villegiature Awards in 2006).

Everything started when a noble family from Verona, the Banda family, decided to settle at Corrubbio; at the beginning it had to be a kind of defensive blockhouse surrounded by a moat, built on a pre-existing settlement dating back to Roman times.
It was very likely the intervention by the architect Michele Sanmicheli that gave it a first aspect of country house during the Sixteenth century: its central part was enlarged and raised, the façade was characterized by a three -party arcade and by an outdoor staircase with two flights parallel in front and converging in the middle. The two lateral wings, being added afterwards, make it be similar to the more famous Palladian villas.
After several changes of owners (Serego, Sacchetti and Brognolino), in 1850 it was owned by the noble family Amistà from Piedmont. During the Second World War, it was requisitioned by the German commandos and after the war it was totally abandoned till when, at the end of the 90s, Dino Facchini, who was the creator of the well -known fashion brand Byblos, decided to buy it.
“I did not know what to do with it – he tells in the book – but I liked it immediately, even if it was in very bad conditions. Afterwards, I also bought the peasants’ houses. Initially my idea was to give it to my three children, but they had different needs, therefore we decided to gather here, after the renovation, all our passions in order to bring this villa back to its ancient splendour.”

In 2005 after accurate renovation works, which besides brought to light the 16th century decorations and the frescos of neoclassical style, the Byblos Art Hotel opened being enriched, on a day by day basis, with works and items of art which often create lively short circuits between antiques and modern style which are absolutely stimulating for your eyes and for your mind, able to renovate all the five senses as the five chapters of the book show in a fascinating way. 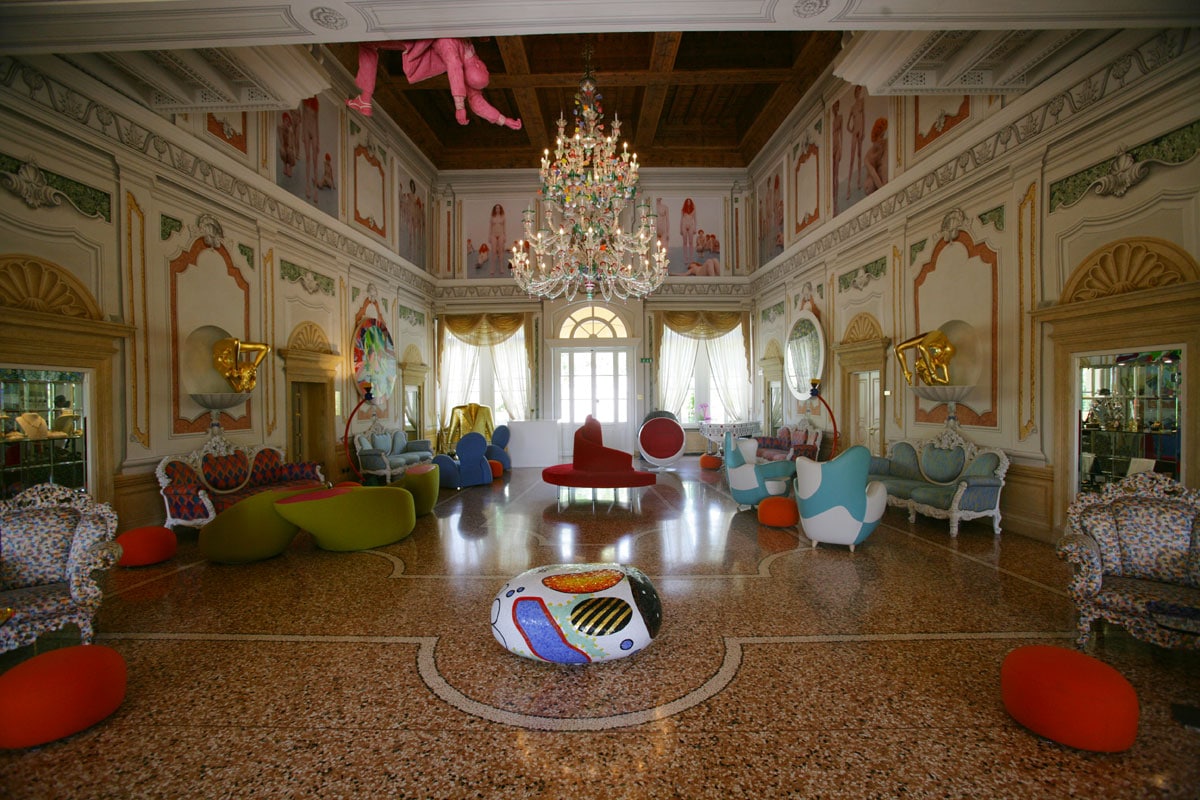 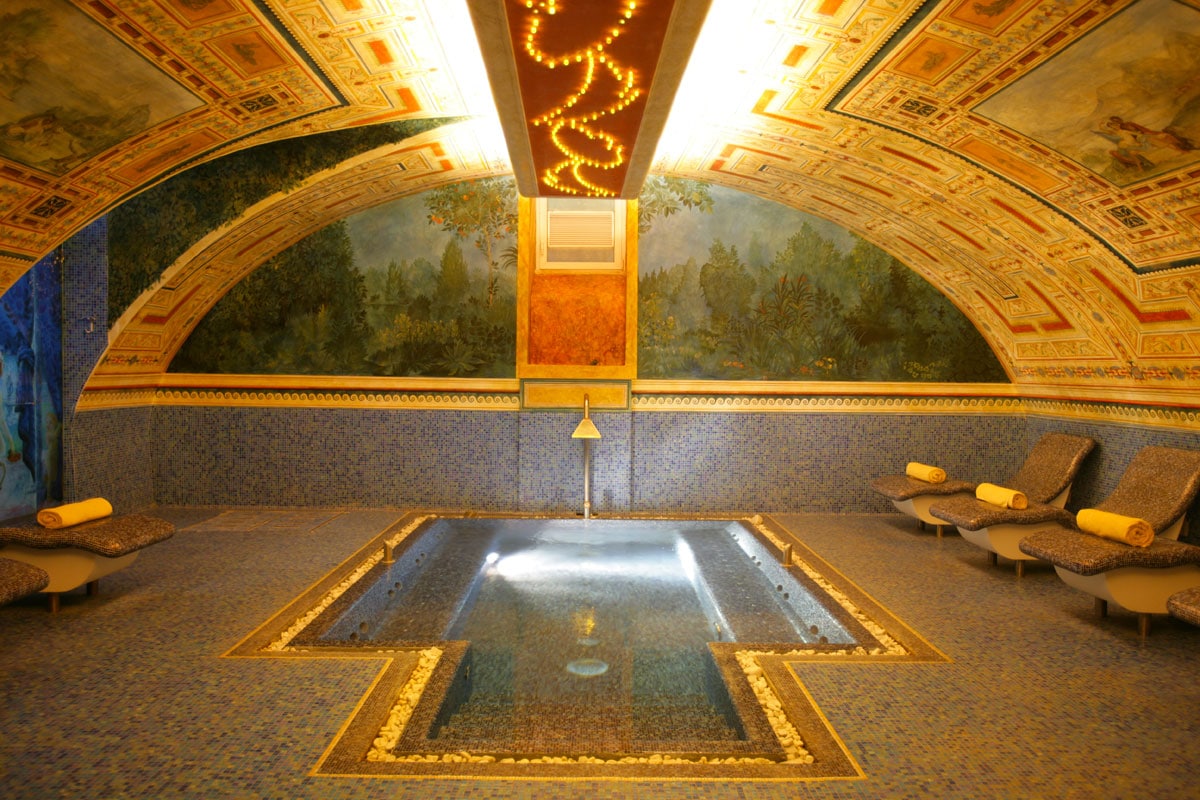 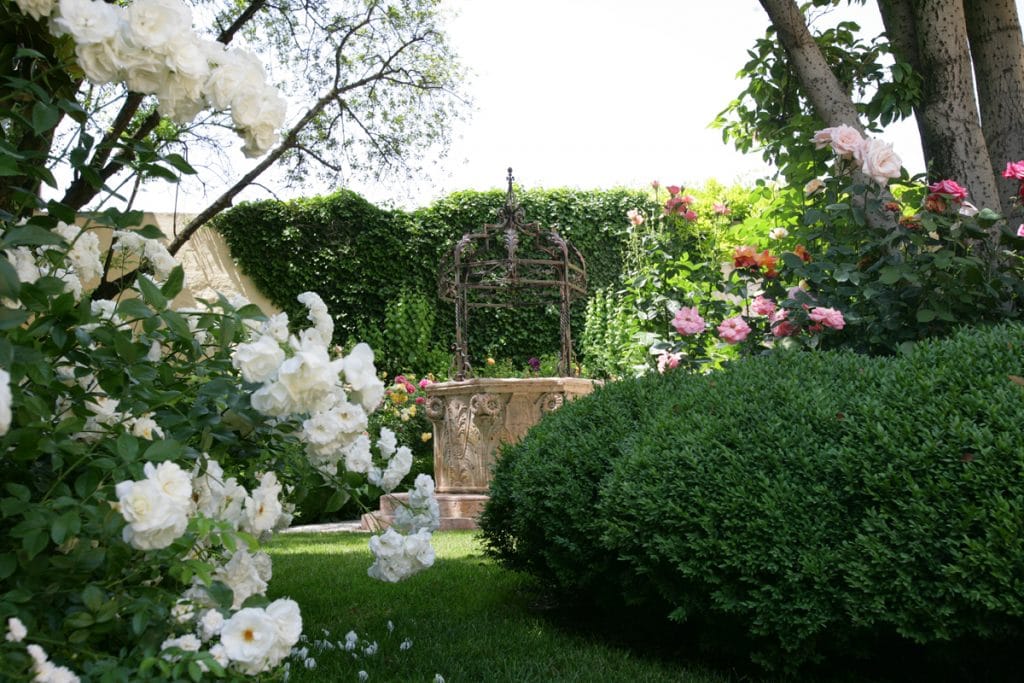 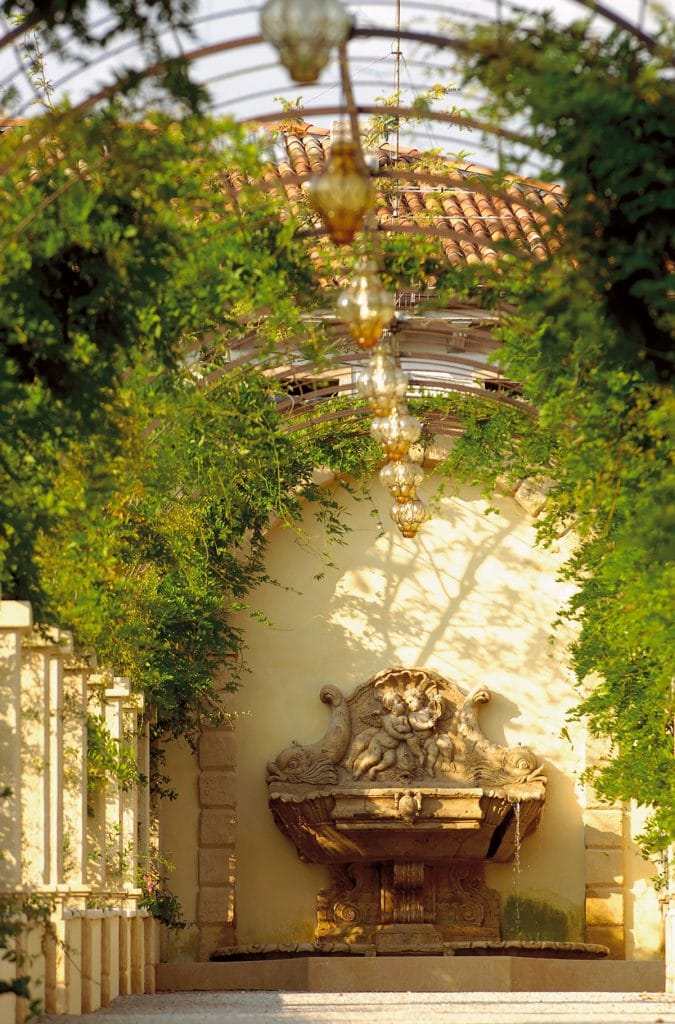 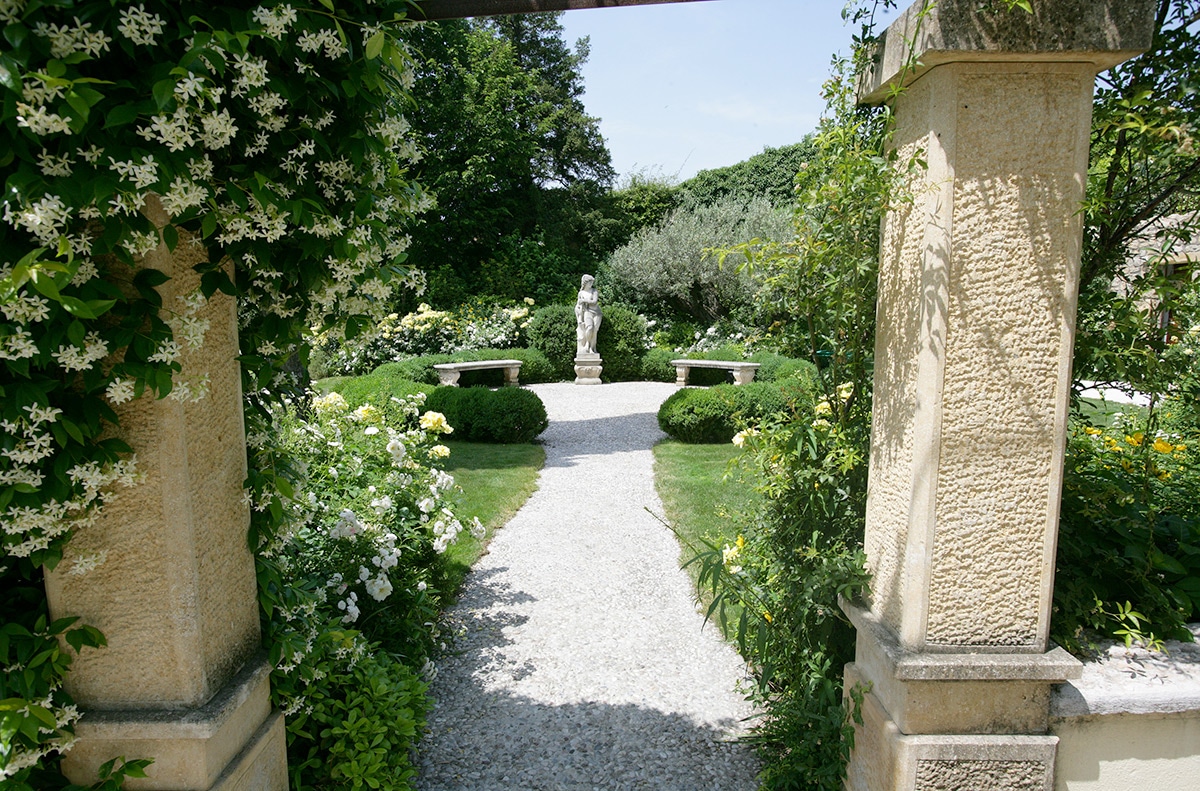 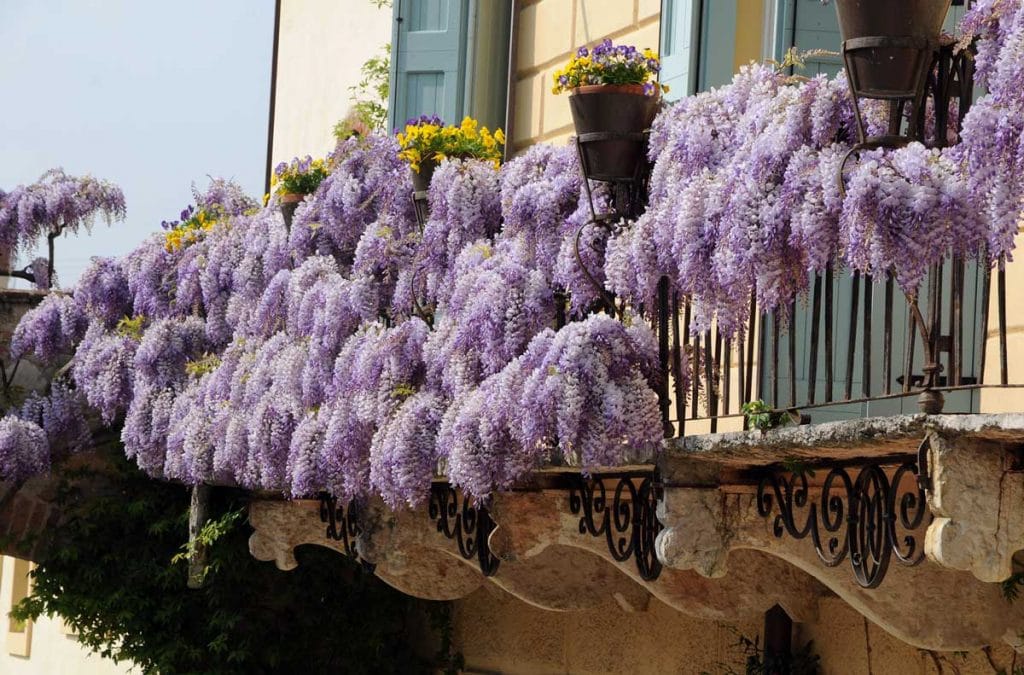