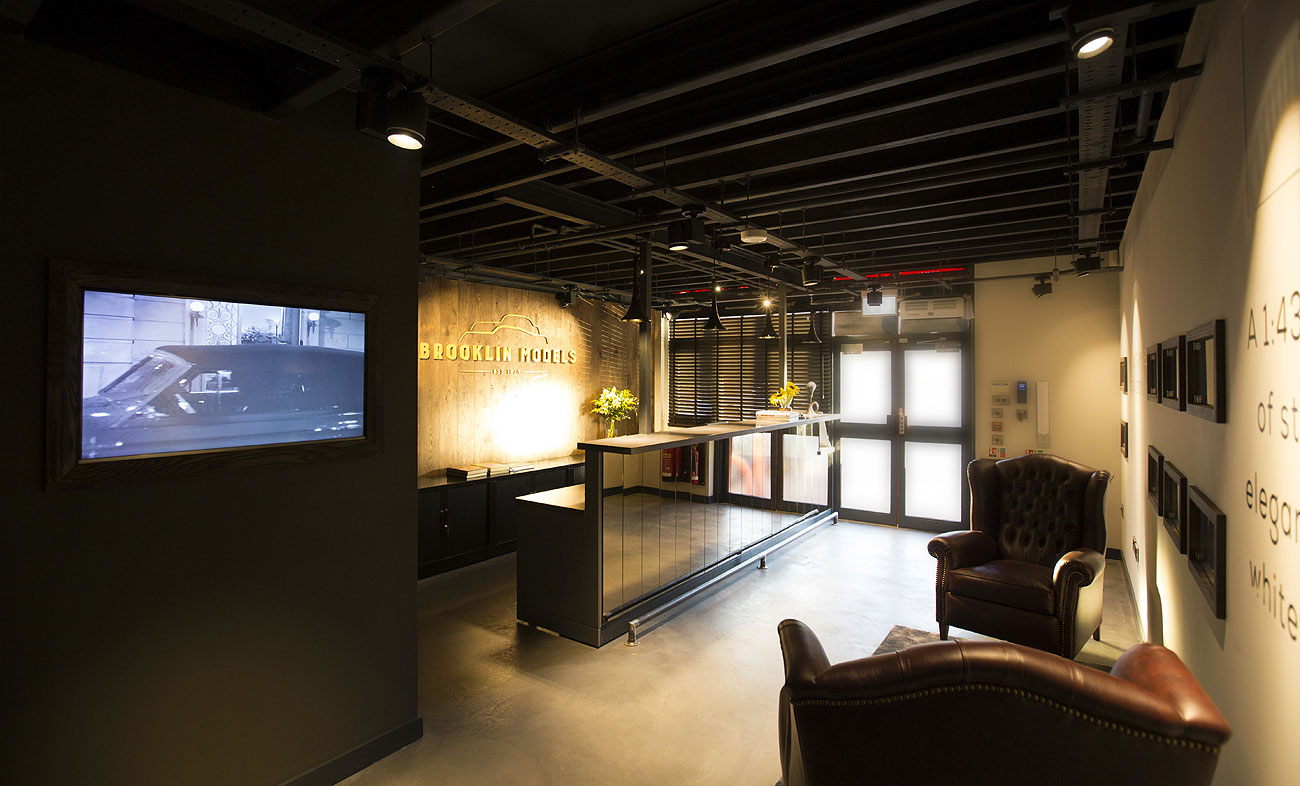 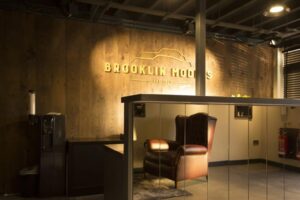 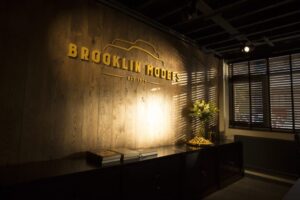 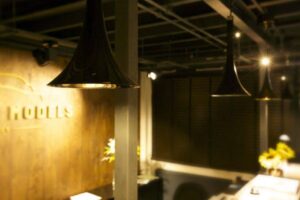 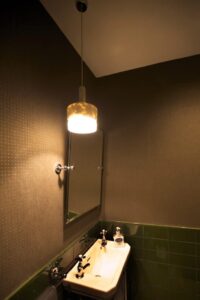 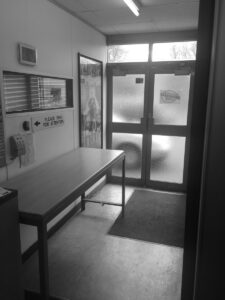 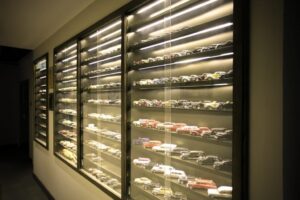 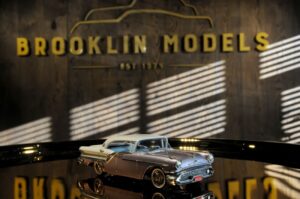 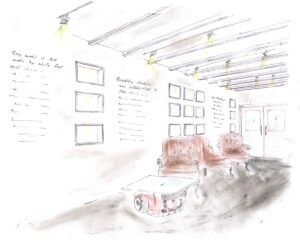 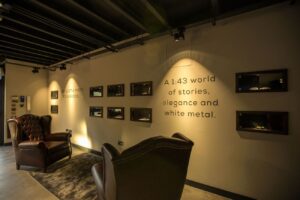 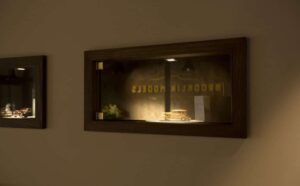 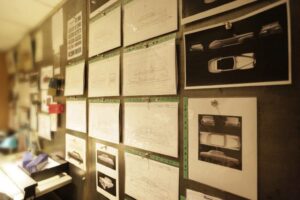 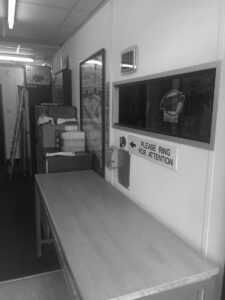 For those who is still not familiar, Bath is a town hiding many secrets. Other than boasting the only natural Roman baths in the UK, unique examples of Georgian architecture as the Royal Crescent, the nearby Circus and the charming Pulteney Bridge, this town holds an unusual record: the main production in the world of hand made scale 1 to 43 white metal car models.

Founded in 1974 in Brooklin, Canada, from the dream of John Hall that moved to Bath after a few years, the Brooklin Models company has recently been taken over by a collector of vintage cars . To complete the rebranding aimed at strengthening the brand in a niche market for elite collectors, the company has entrusted the renovation of its flagship store to London-based Matteo Bianchi Interior Studio.

“As soon as I came in contact with these models” – says Matteo Bianchi – “childhood memories came to my mind, toys my grandfather built for me… it was like rediscovering a lost world. They have nothing to do with the toy cars for children or the reproductions made by Chinese competitors: these objects are the exact copy of vintage vehicles that have made history. The body is like that of a car, the tires look like real, the wings and the seats are all hand made and hand painted. Refer to them as models is restrictive: they are objects of art to show off proudly on a desk, like a Montblanc, a cigar or an antique globe.”

While the fully functional production area on the first floor remained unchanged, the entrance area on the ground floor has been completely redesigned.

“The narrow entrance and mismanaged appeared chaotic and not very usable and therefore needed a drastic step that would make it cozy and pleasant. I wanted it communicated at a glance all the tradition and know-how of this leading company in the industry. The Brooklin models are the reproductions of American and British cars that circulated from the period of the Great Depression until the boom of capitalism. Therefore I wanted that once crossed the threshold, the visitor felt like immersed in that age.”

And in fact the style is beyond doubt both industrial and modern, but with precise vintage style. Like in an American film shot after World War II, the light filtered by Venetian blinds underlines the great metal logo fixed on an elegant antique oak wall. 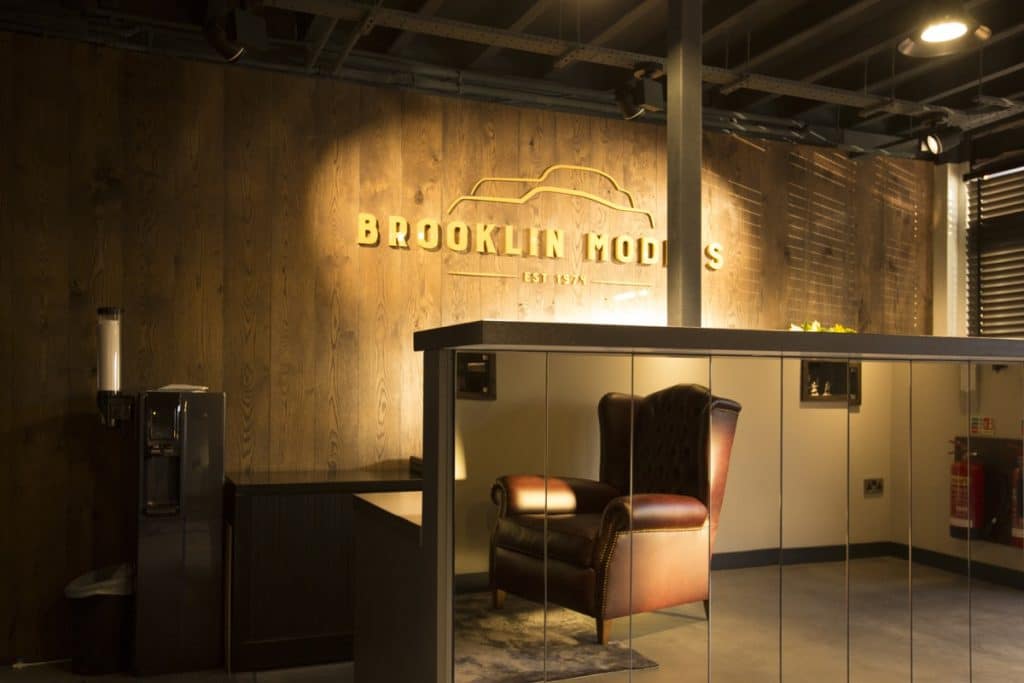 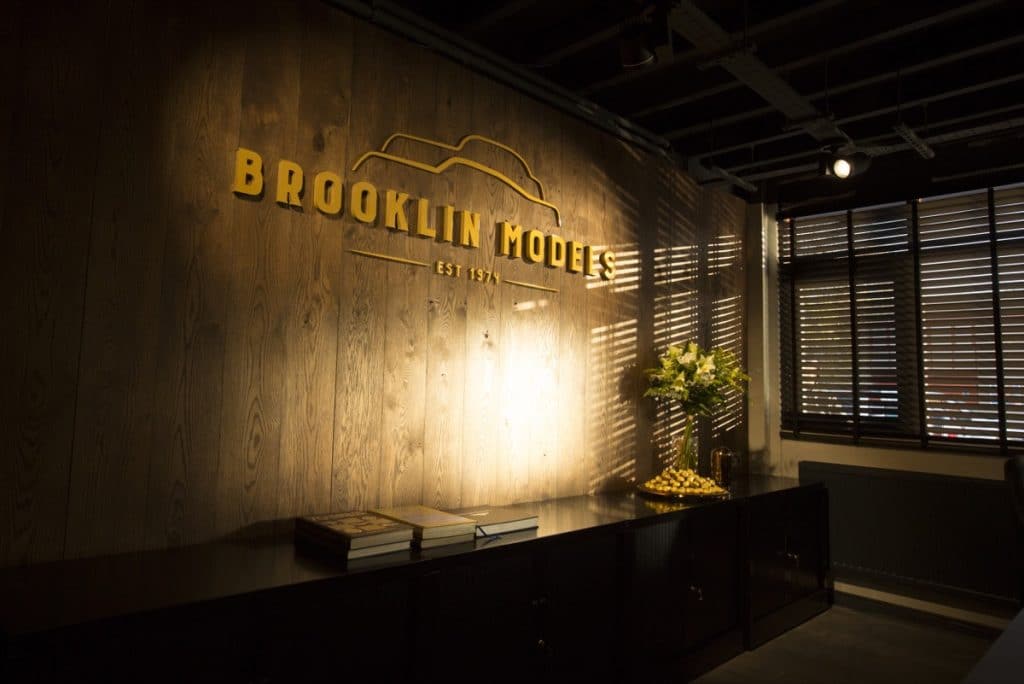 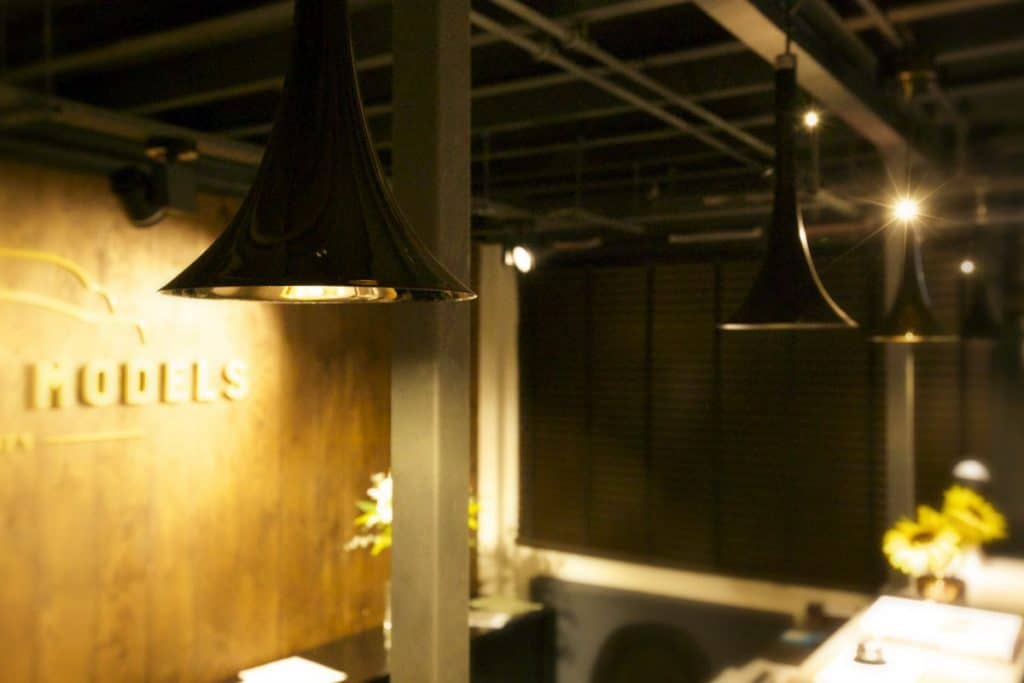 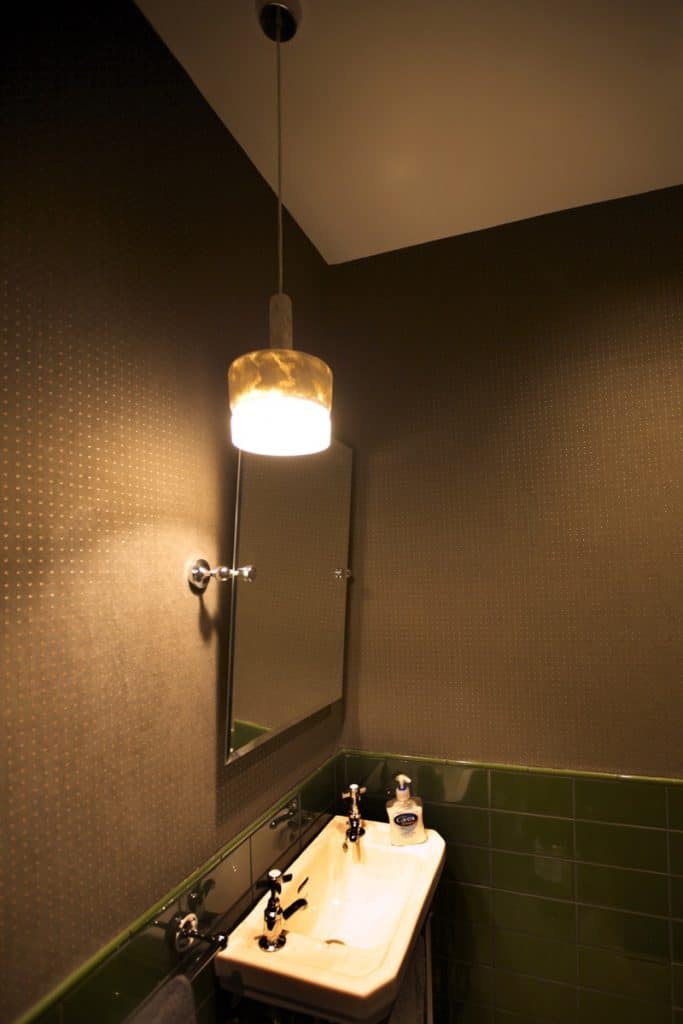 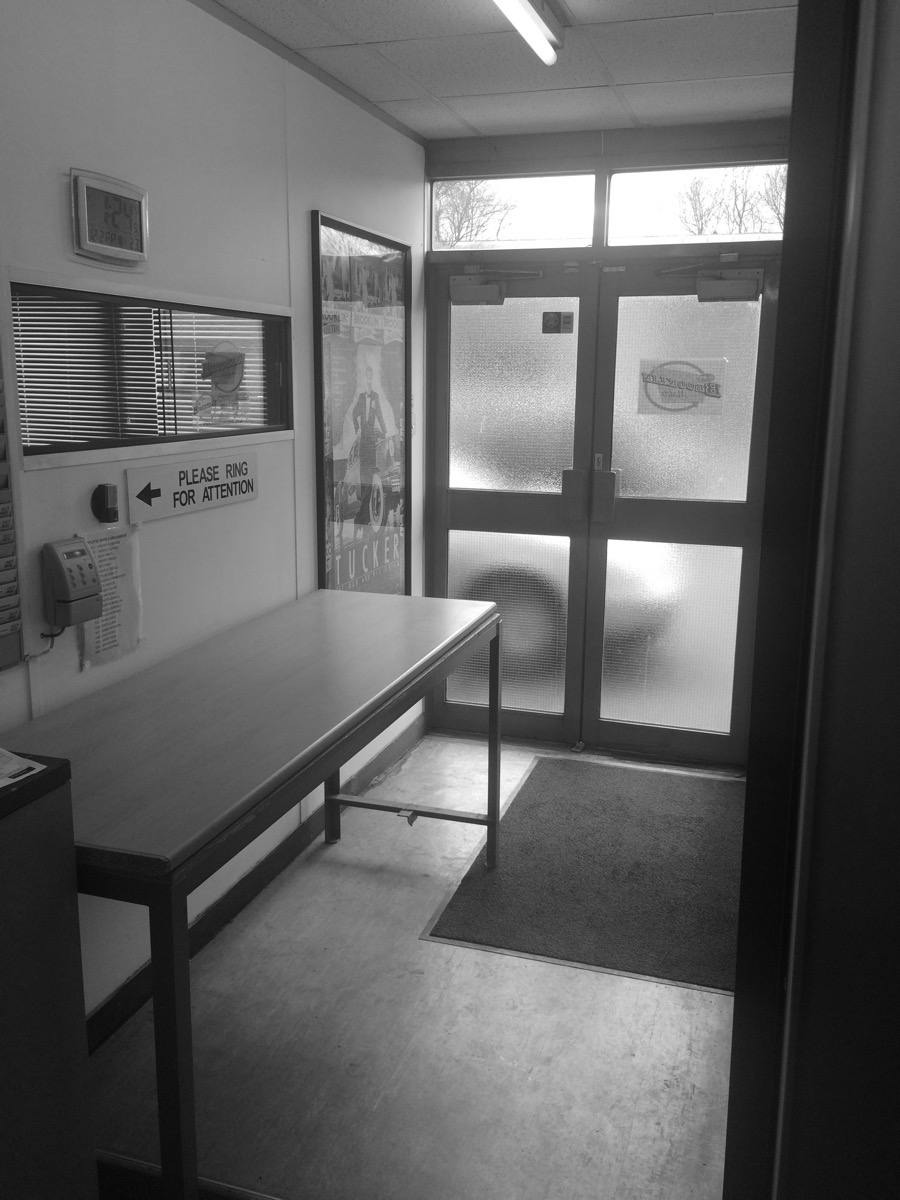 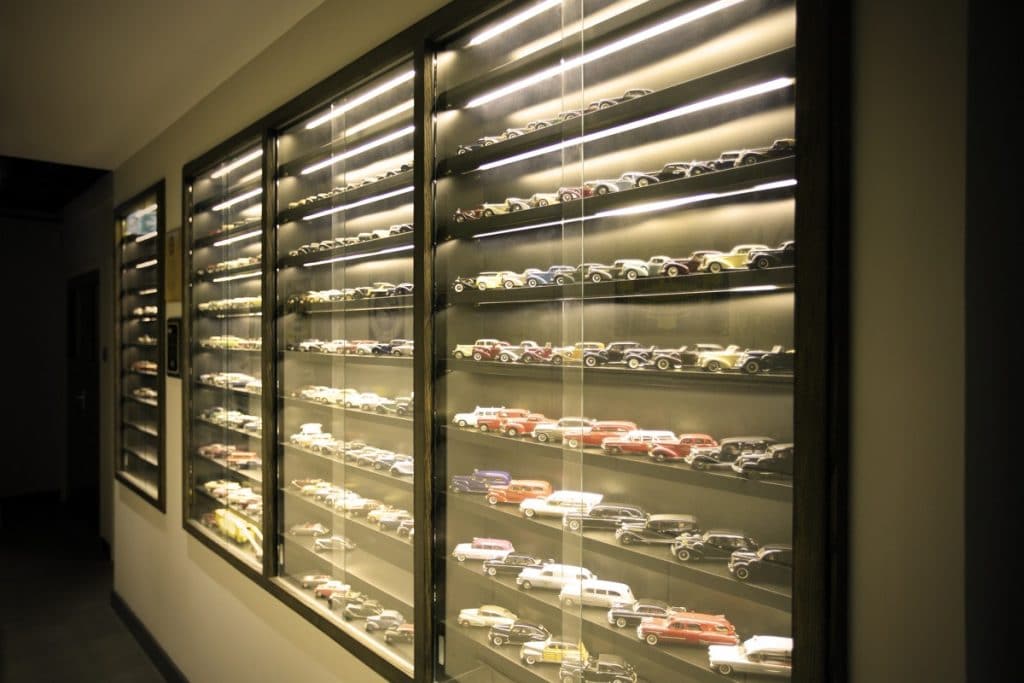 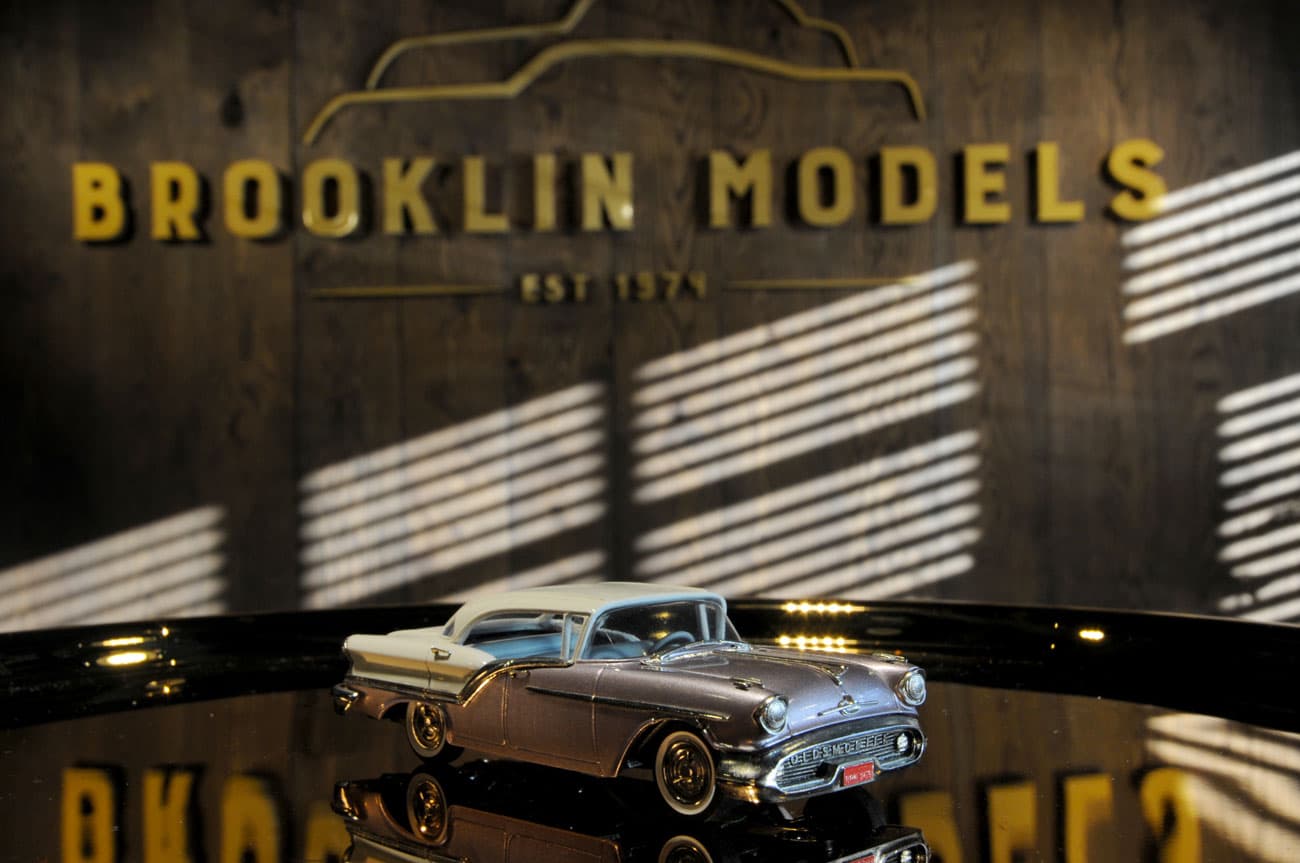 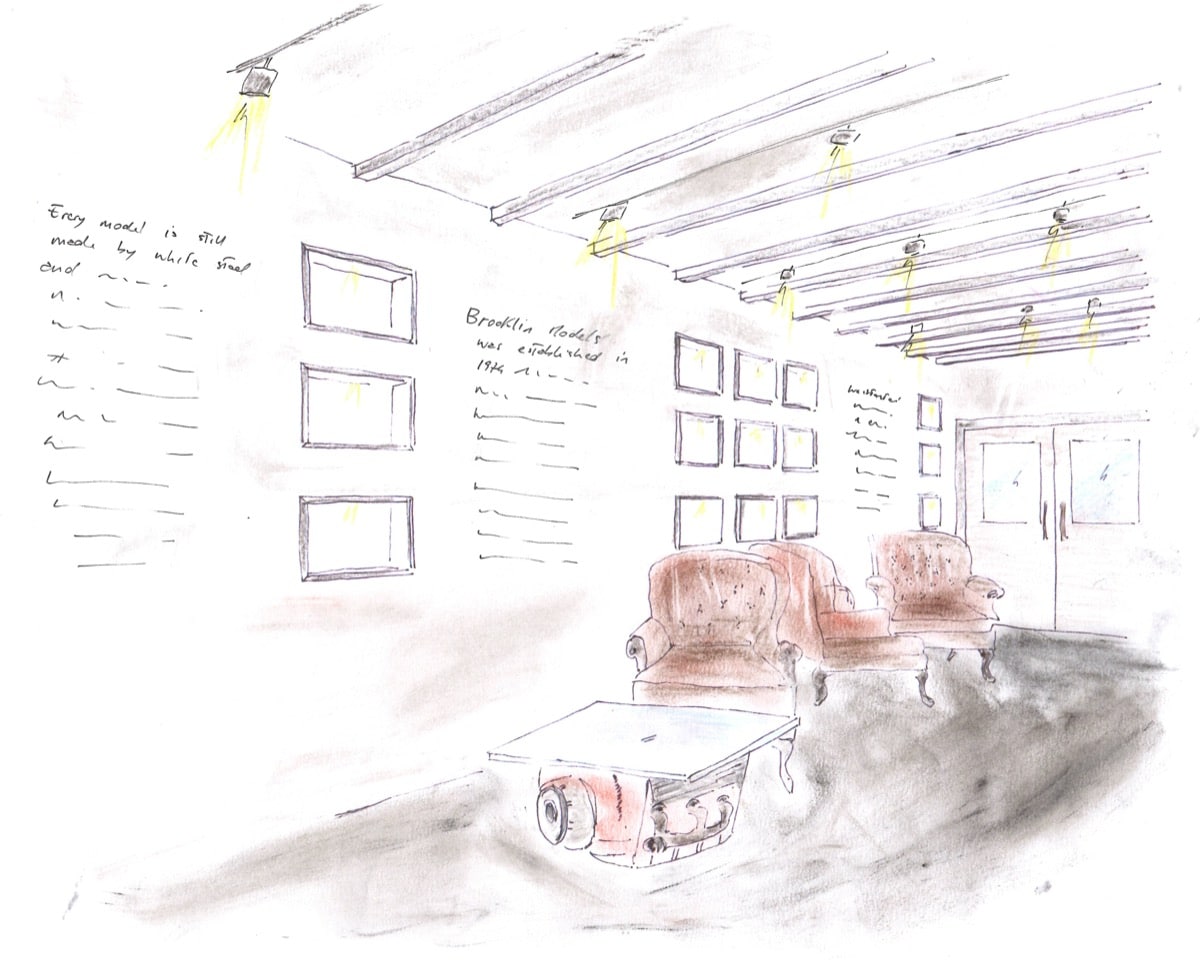 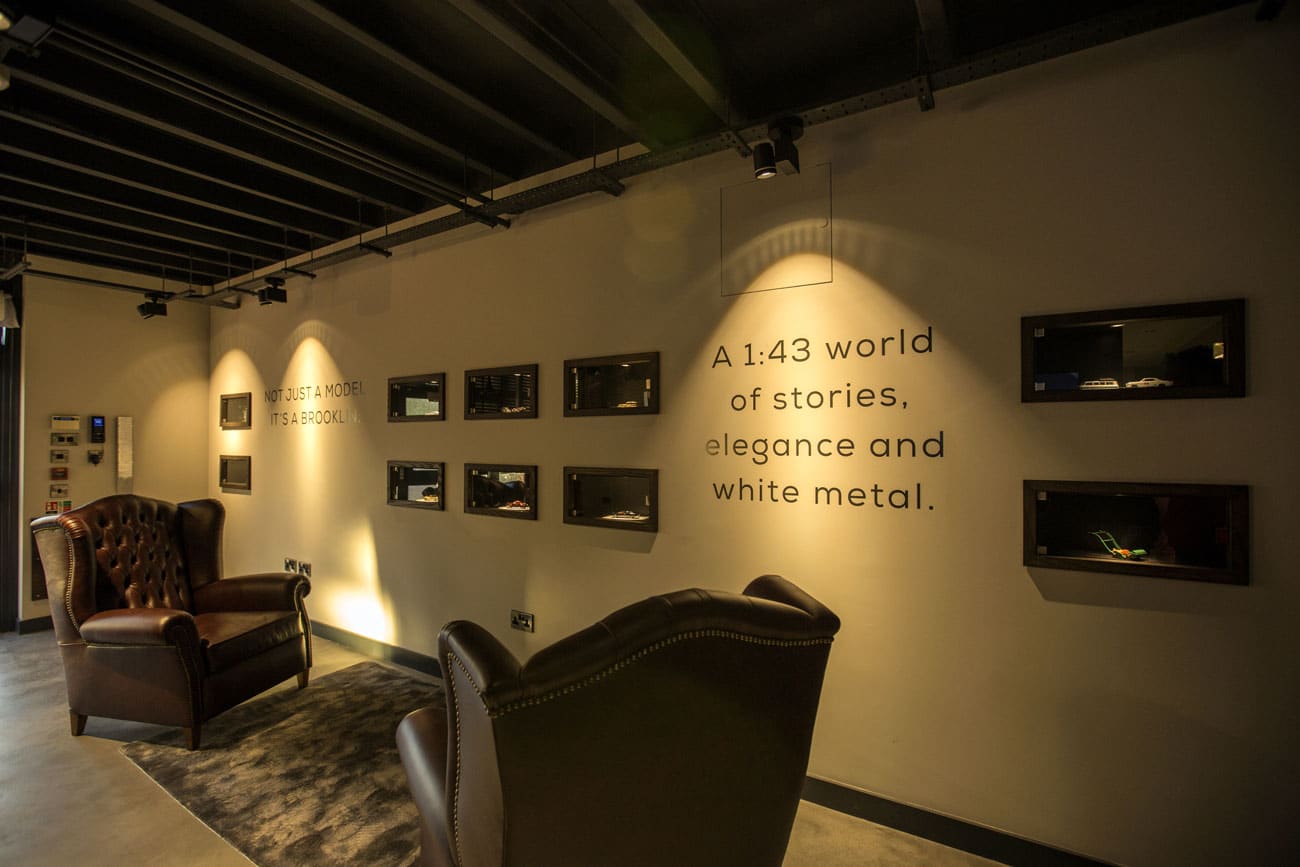 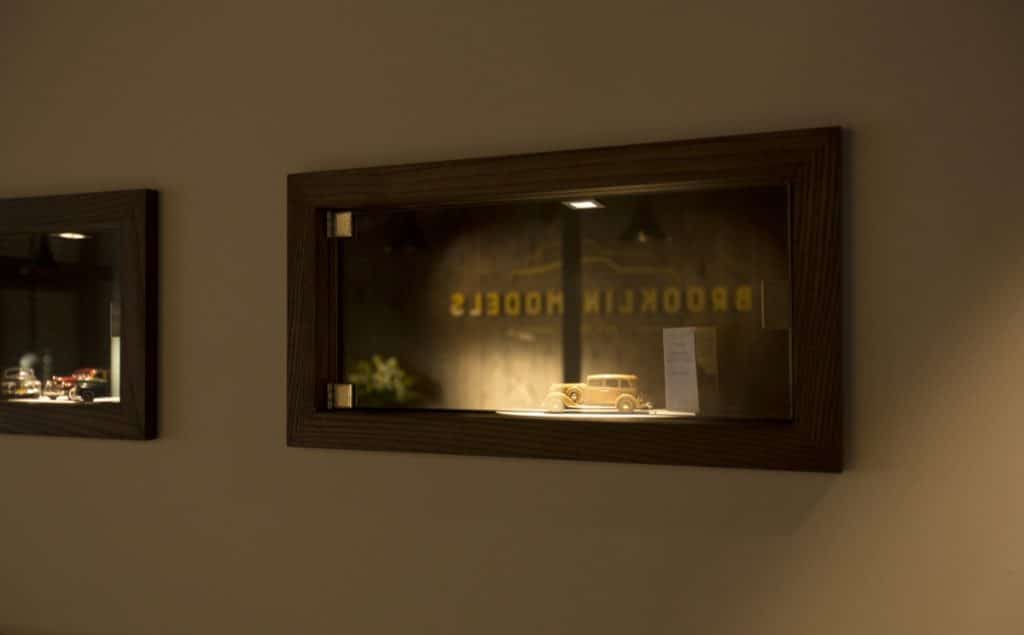 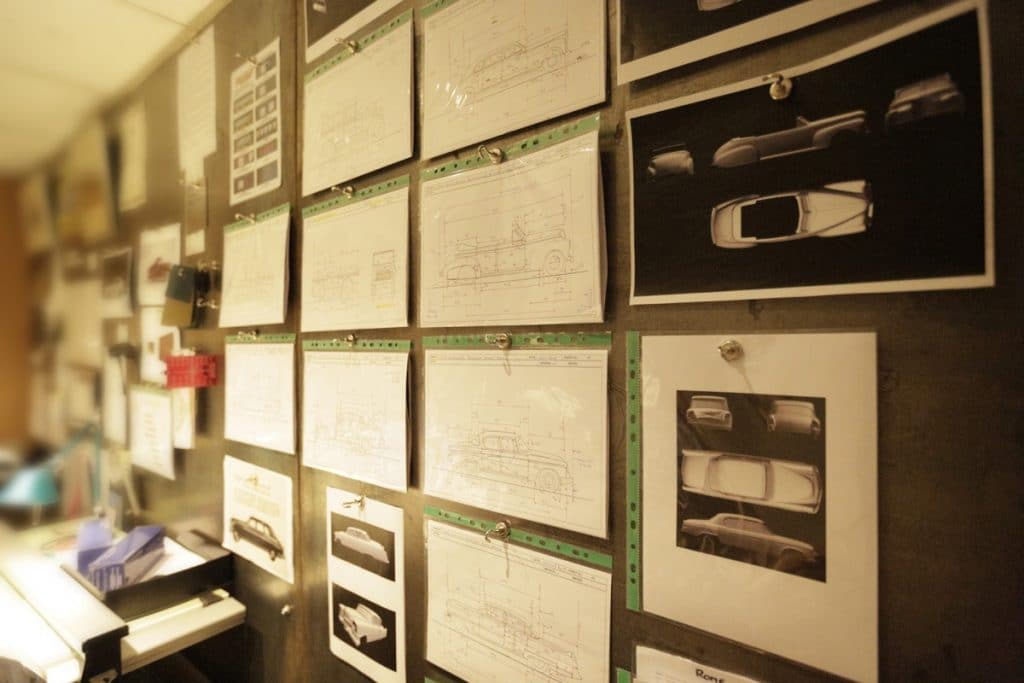 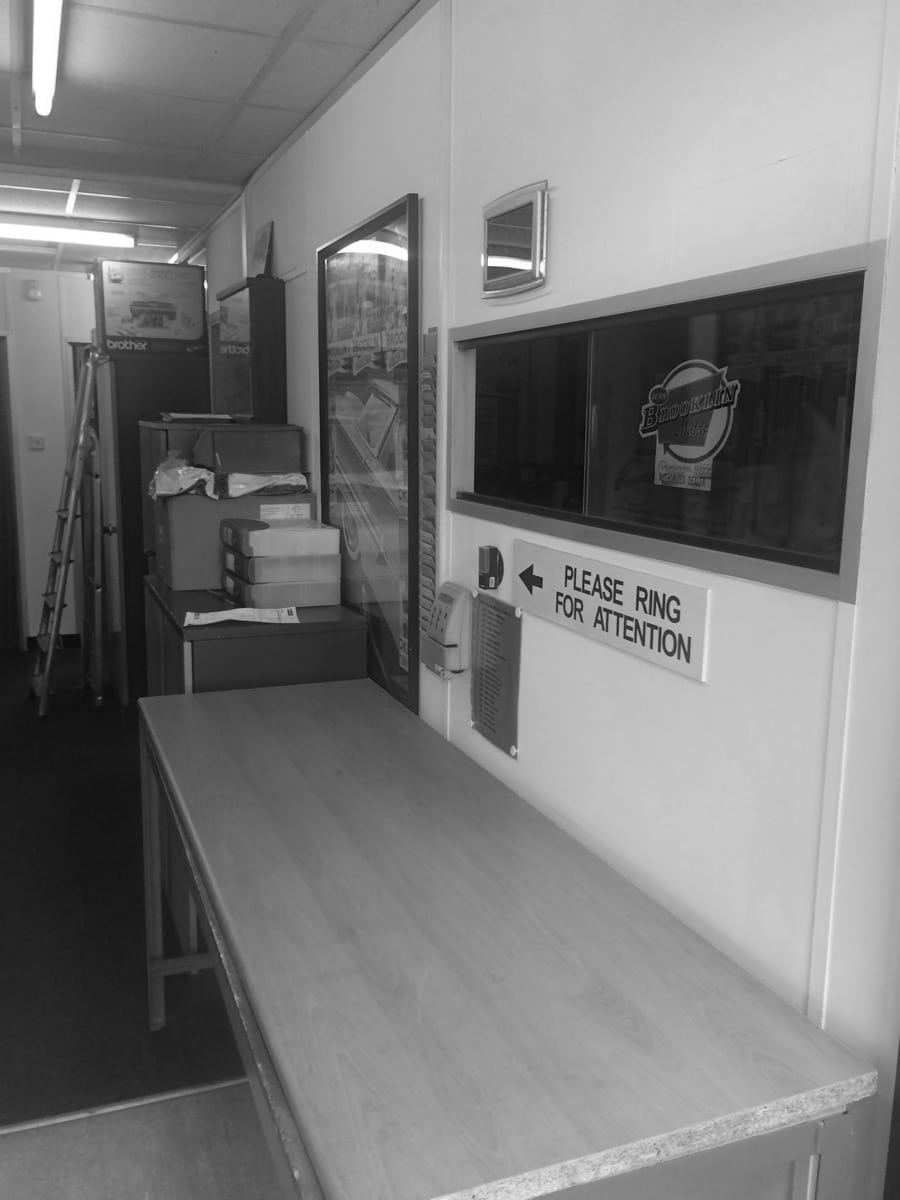