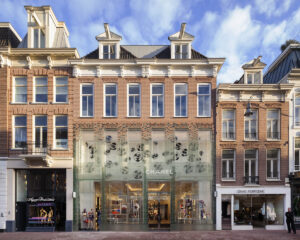 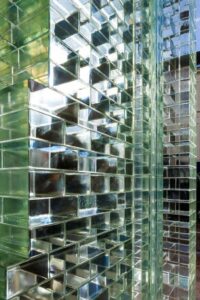 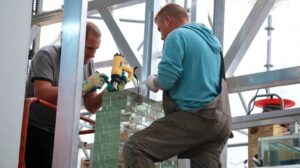 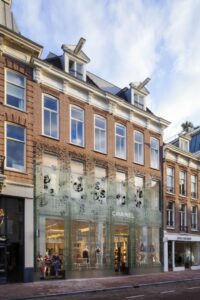 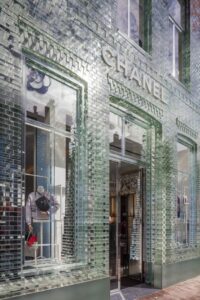 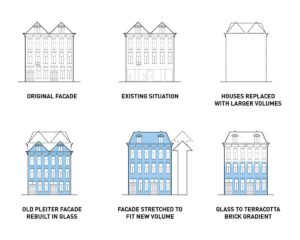 A KIND OF MAGIC

To those who think that crystal houses can only be found in fairy tales or sci-fi movies, the Rotterdam-based MVRDV studio has definitely proven the opposite.

Crystal Houses began its existence with the request to design a flagship store combining both Dutch heritage and international architecture on the PC Hooftstraat, Amsterdam’s one and only luxury brand street that was previously primarily residential. MVRDV wanted to make a representation of the original buildings and found a solution through an extensive use of glass.

The near full-glass façade mimics the original design, down to the layering of the bricks and the details of the window frames, but is stretched vertically to comply with updated zoning regulations and to allow for an increase in interior space. Starting from the ground, glass bricks eventually leave room for traditional terracotta bricks for the apartments on the upper floor, which appear to be floating above the shop, now occupied by Chanel.

After conceiving the initial idea MVRDV worked closely with a number of partners to develop the technologies to make it possible.
Solid glass bricks were individually cast and crafted by Poesia in Resana, near Venice. Research undertaken by the Delft University of Technology led to the development of structural solutions and fabrication techniques with the use of a high-strength, UV bonded, transparent adhesive from Delo Industrial Adhesives in Germany to cement the bricks together instead of traditional mortar. Despite its delicate looks, strength tests proved that the glass-construction was in many ways stronger than concrete.

“The idea was to bring back what was demolished by developing it further” explained Winy Maas, architect and co-founder of MVRDV. “The project Crystal Houses makes space for a remarkable flagship store, respects the structure of the surroundings and brings a poetic innovation in glass construction. It enables global brands to combine the overwhelming desire of transparency with a “couleur locale” and modernity with heritage. It can thus be applied everywhere in our historic city centres.” 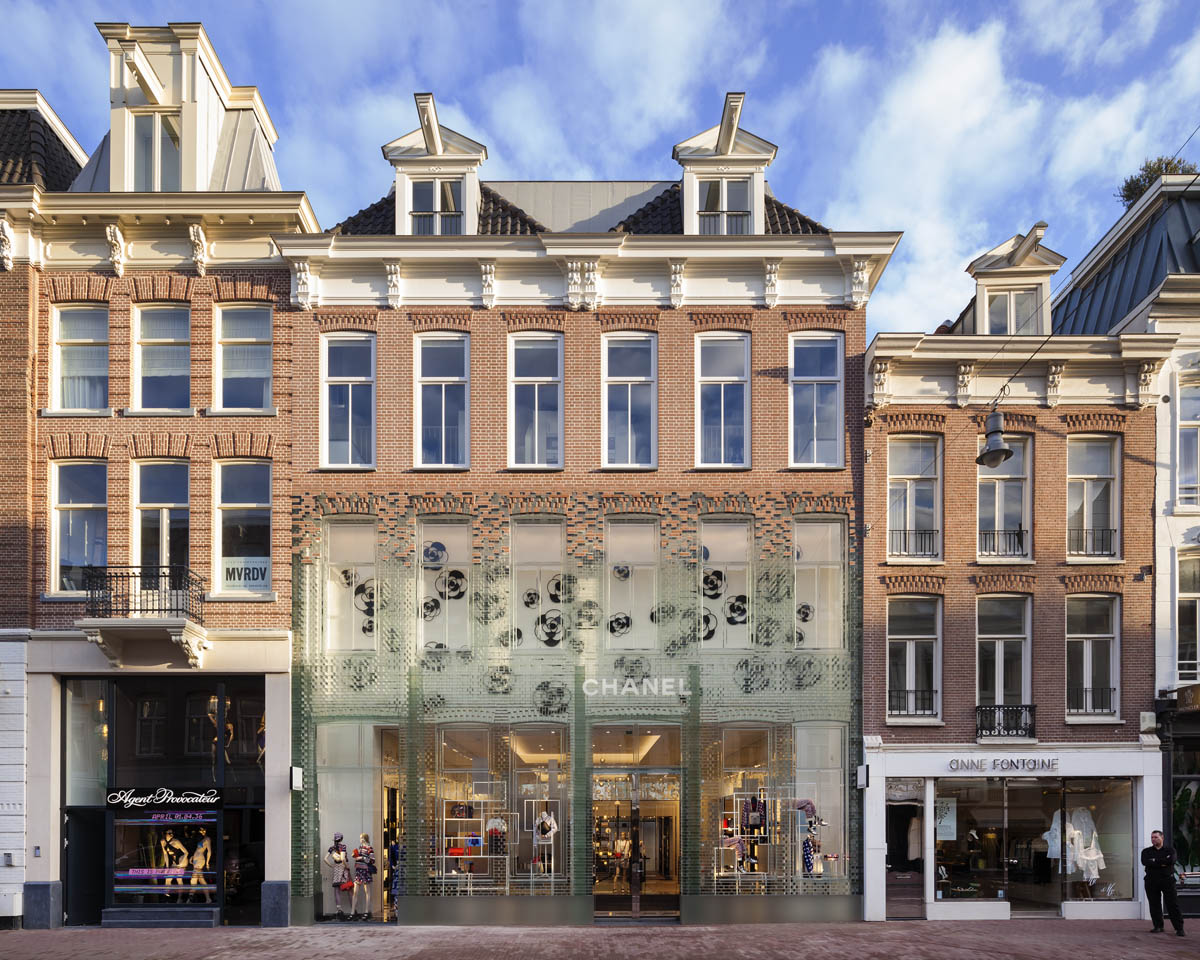 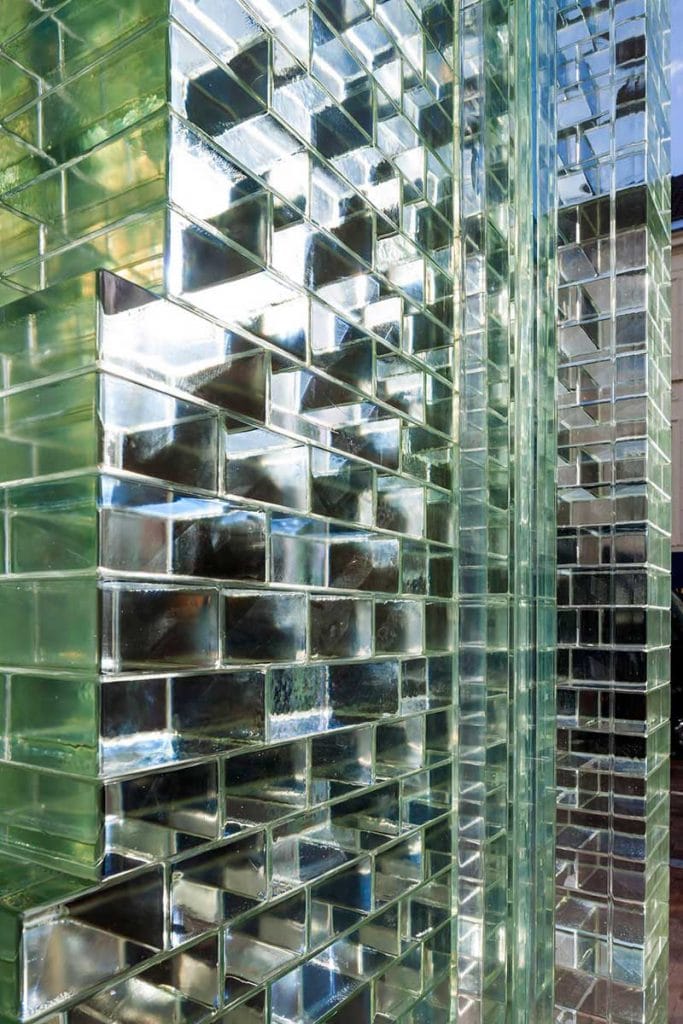 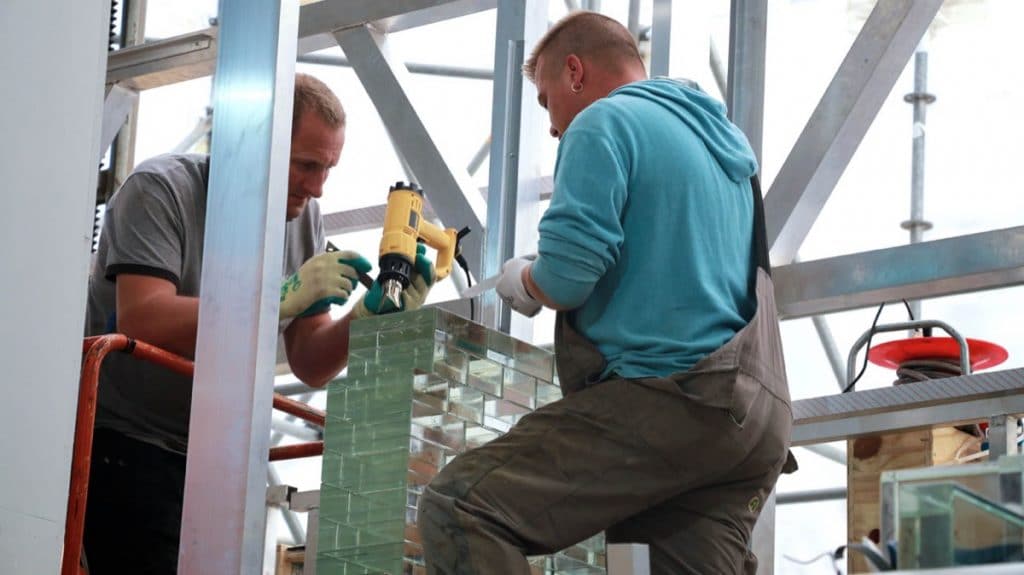 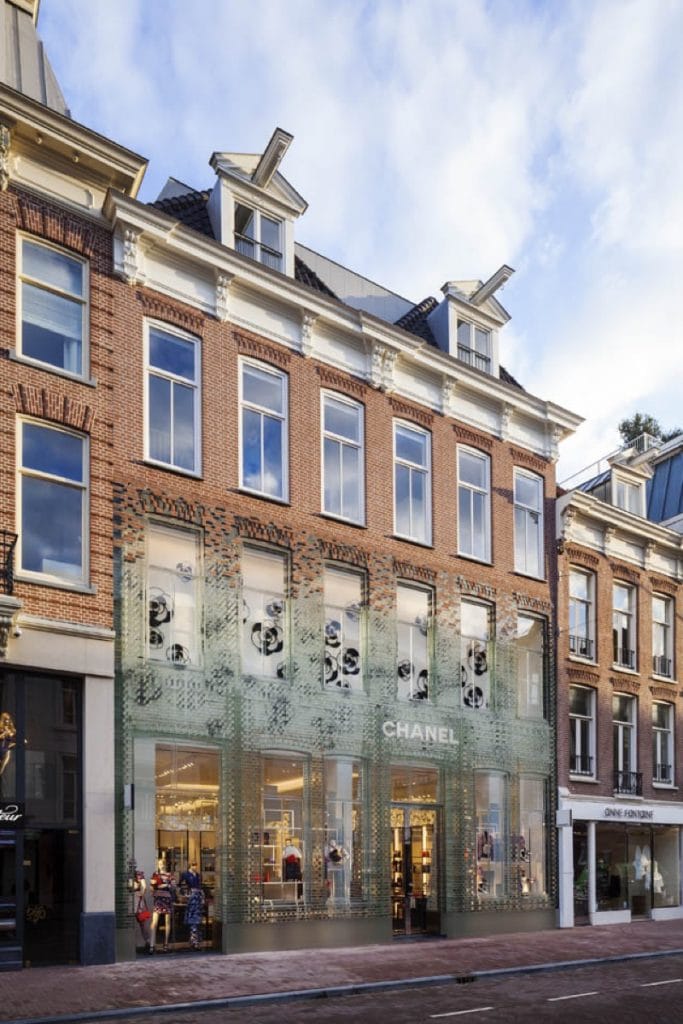 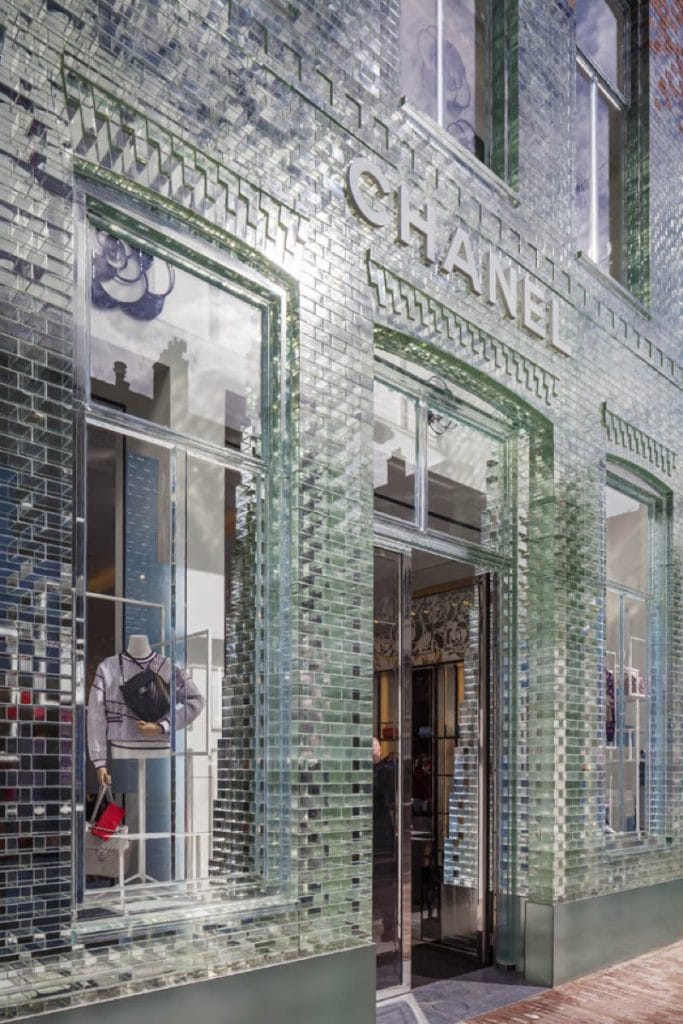 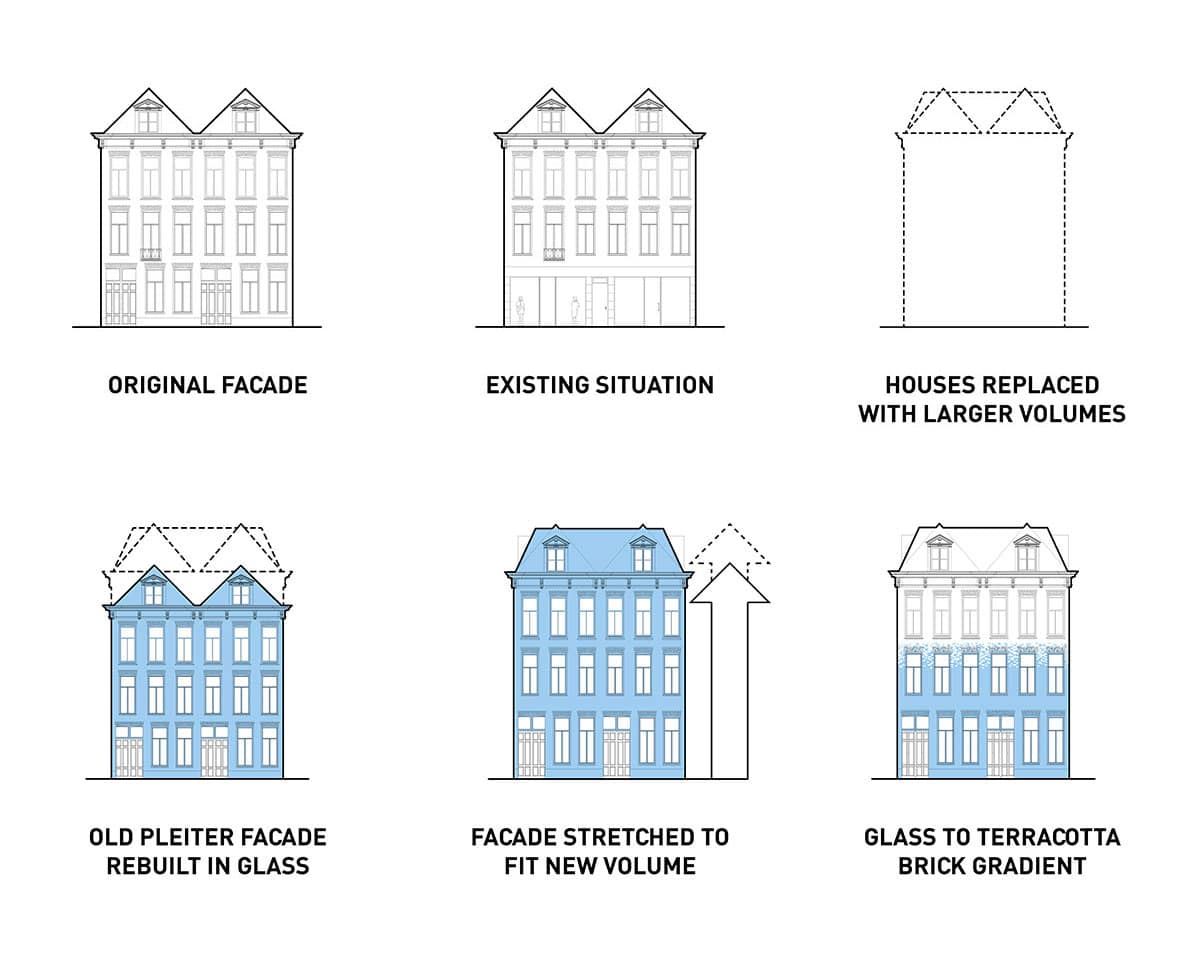