VISIONNAIRE CELEBRATES A DUAL ANNIVERSARY IN THE FAR EAST:
AN EMBASSY IN HONG KONG AND RENEWED PARTICIPATION
AT THE FOURTH EDITION OF I SALONI MILANO.SHANGHAI.

The celebrations for the 60th anniversary of IPE and the 15th of Visionnaire continue in the Far East, in the third of four appointments touching on Milan in April, Moscow in October, Shanghai in November and Miami in December.
Visionnaire, the meta-luxury lifestyle brand, now operates in over 55 countries with 30 monobrand stores, and through an extensive network of selected multibrand dealers and luxury department stores around the world. The company has been a presence in China for over 20 years, an extremely strategic market in which it makes ongoing investments. There are now 13 monobrand stores in the cities of Shanghai, Beijing and Guangzhou, as well as Chengdu, Nanjing, Xiamen, Yangtai, and 4 multibrand facilities in the cities of Shenzhen, Xianghe, Wenzhou, Hangzhou.

The first Visionnaire Embassy – in Hong Kong to consolidate operations in the APAC countries.

A fundamental step in the celebration of the company’s anniversaries in the Far East is the opening of the first Visionnaire Embassy, operating since October 2019 in Hong Kong, a location chosen as a strategic center to intercept opportunities and projects in the APAC region. Located in the Southern Island District at 40 Shek Pai Wan Road, Tin Wan, the space of 600 square meters has the aim of providing a professional and cultural hub, open by appointment only, to facilitate interaction with architects, interior designers and end users.

I Saloni MilanoShangai – appointments from 20 to 22 November.

The brand confirms its place amongst the 100 companies that will be on hand this year for the fourth
edition of I Saloni Shanghai, from 20 to 22 November 2019, with a booth in the prestigious Central Hall CH10, presenting a selection of the new Anniversary collection.
In continuity with the Greenery and Respiro collections – released respectively in 2017 and 2018 – the Anniversary series reflects the desire to interpret the contemporary world through a progressive synthesis of forms in balance with nature. The new range of products and accessories – increasingly marked by fine craftsmanship and precious materials honed with innovative technological processes – reflects a uniquely expressive evolution, the first to specifically interpret the concept of “meta-luxury,” bringing out the deeper values of the brand formulated in this  anniversary year through the artistic Decalogo volume.
The displays will feature a selection of exclusive finishes specially devel-oped for the APAC market.

– The company will also take part in the conference organized by Interni, coordinated by the magazine’s editor Gilda Bojardi, on 21 November at 15.30. One of the  speakers will be Visionnaire’s Art Director Eleonore Cavalli.
– To celebrate the anniversary, on 21 November there will be an Anniversary Gala Dinner, by invita-tion only,
for the press, the best clients and institutional  representatives, held at the restaurant of chef Niko Romito at the Bulgari Hotel. In partnership with Gruppo Bellavista.

One-of-a-kind projects and the collaboration with Steve Leung

A long-term relationship with Chinese clientele, featuring one-of-a-kind solutions designed as a skillful synthesis of sartorial quality, innovation, sustainability and an ethical vision of materials. To confirm the close bond with Chinese culture, also from a stylistic standpoint, the company has decided to collaborate with one of the best-known  architects in the Asian world: Steve Leung.
“The collaboration with Steve Leung is the result of a long-term relationship of mutual esteem,” says the architect Eleonore Cavalli, Art Director of Visionnaire. “This attunement is also the result of his background in  European culture, in his native country of Hong Kong. Leung’s approach to design and materials is very close to ours, while reflecting an Asian perspective; this enables him to make a personal but consistent interpretation of the Visionnaire project, granting it great international depth. His collections – since 2015 – embody a contemporary conception of luxury that is also developed for a younger
clientele, marked by the use of natural materials like stone and wood, interpreted in an essential way but with great attention to detail.” 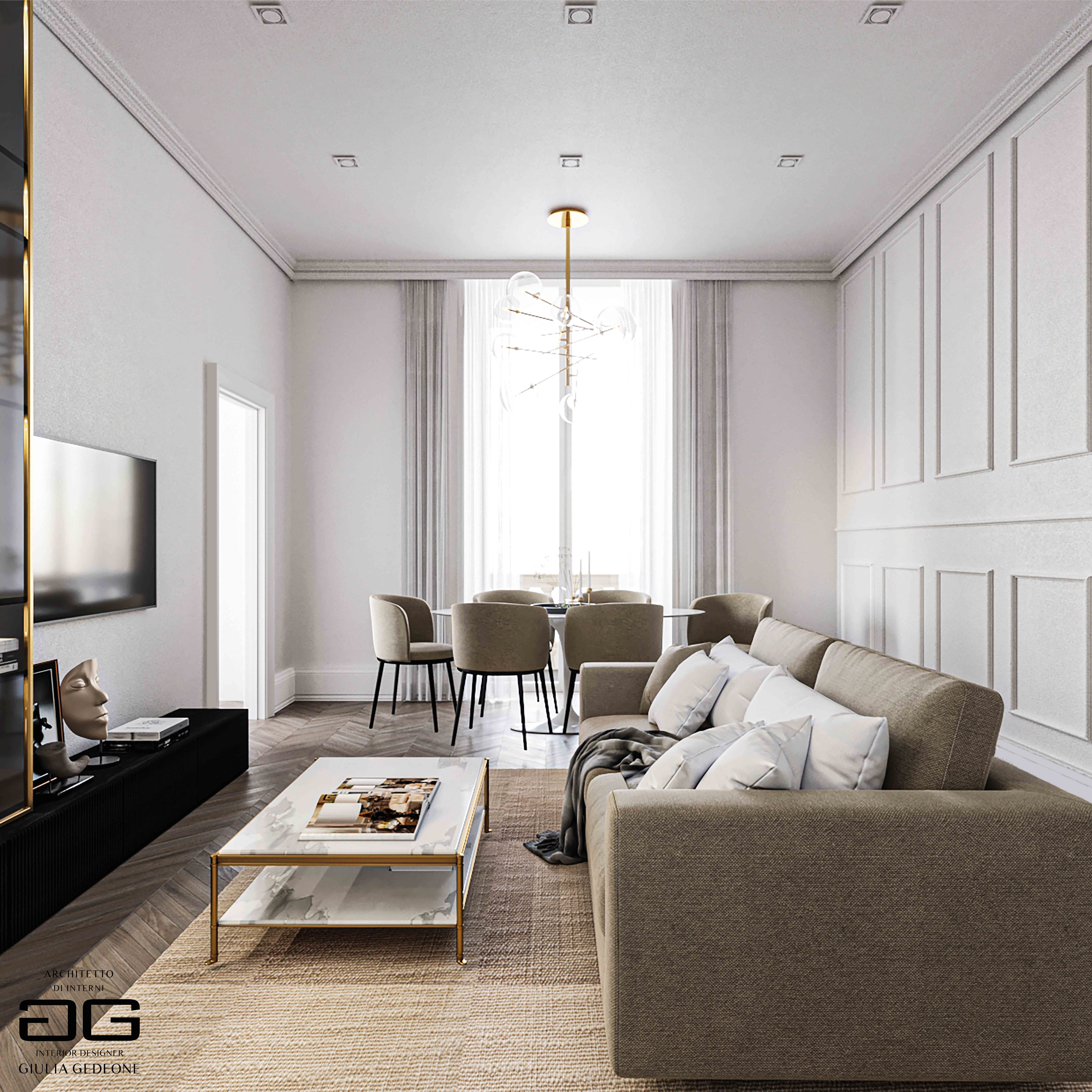 VILLA NUVOLONIRenovation in a classic key with the use of the boiserie that frames the walls and furnishings, helping to make the environment welcoming and chic. The use of black contrasts with the optical white of the walls, the hazelnut herringbone parquet warms the... 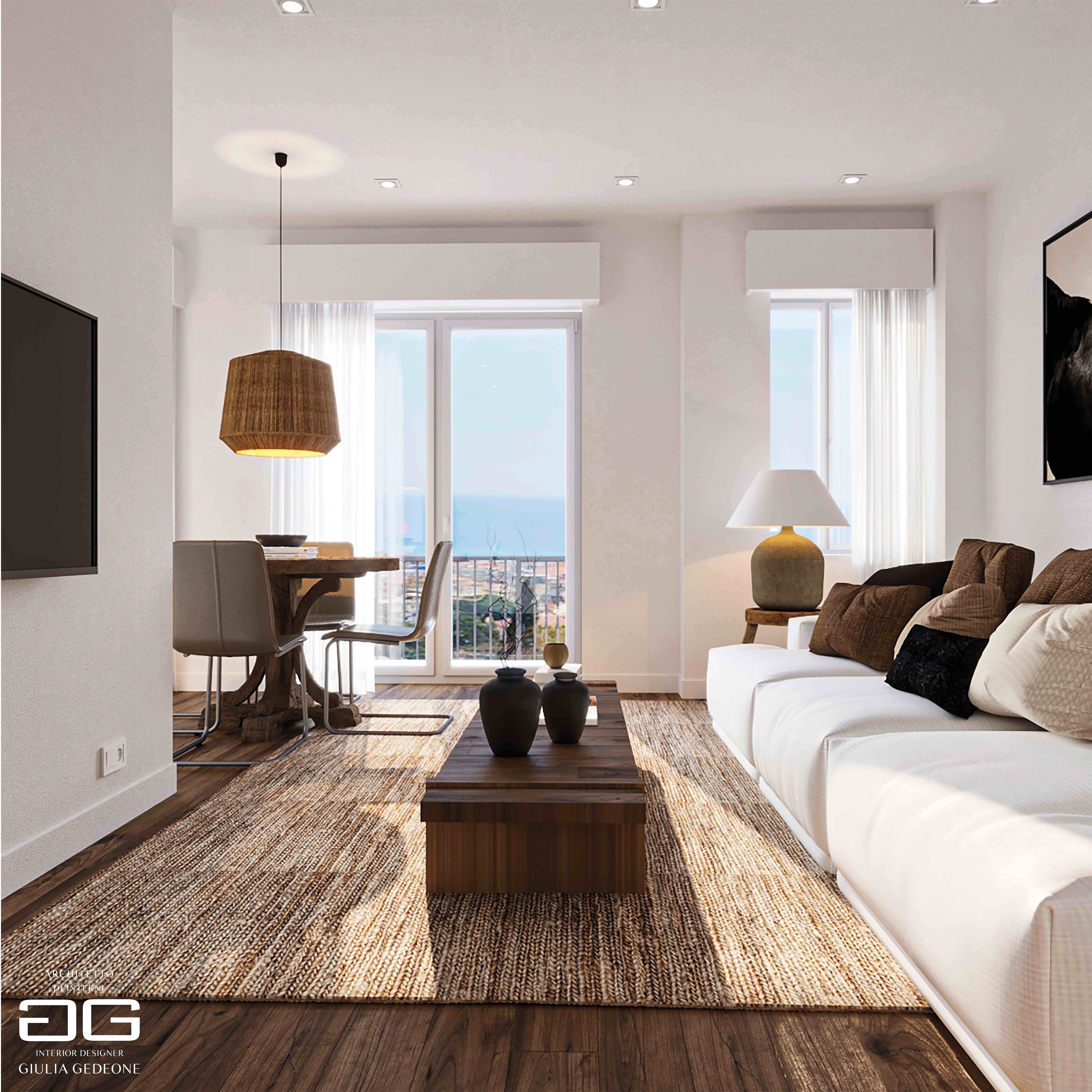 APT. FRONTE MAREThis apartment overlooking the sea has been designed to have a peripheral view anywhere in the house. Wood was used as essence, shades of brown for the upholstery in contrast with the white of the sofa and walls: each element fits perfectly with the... 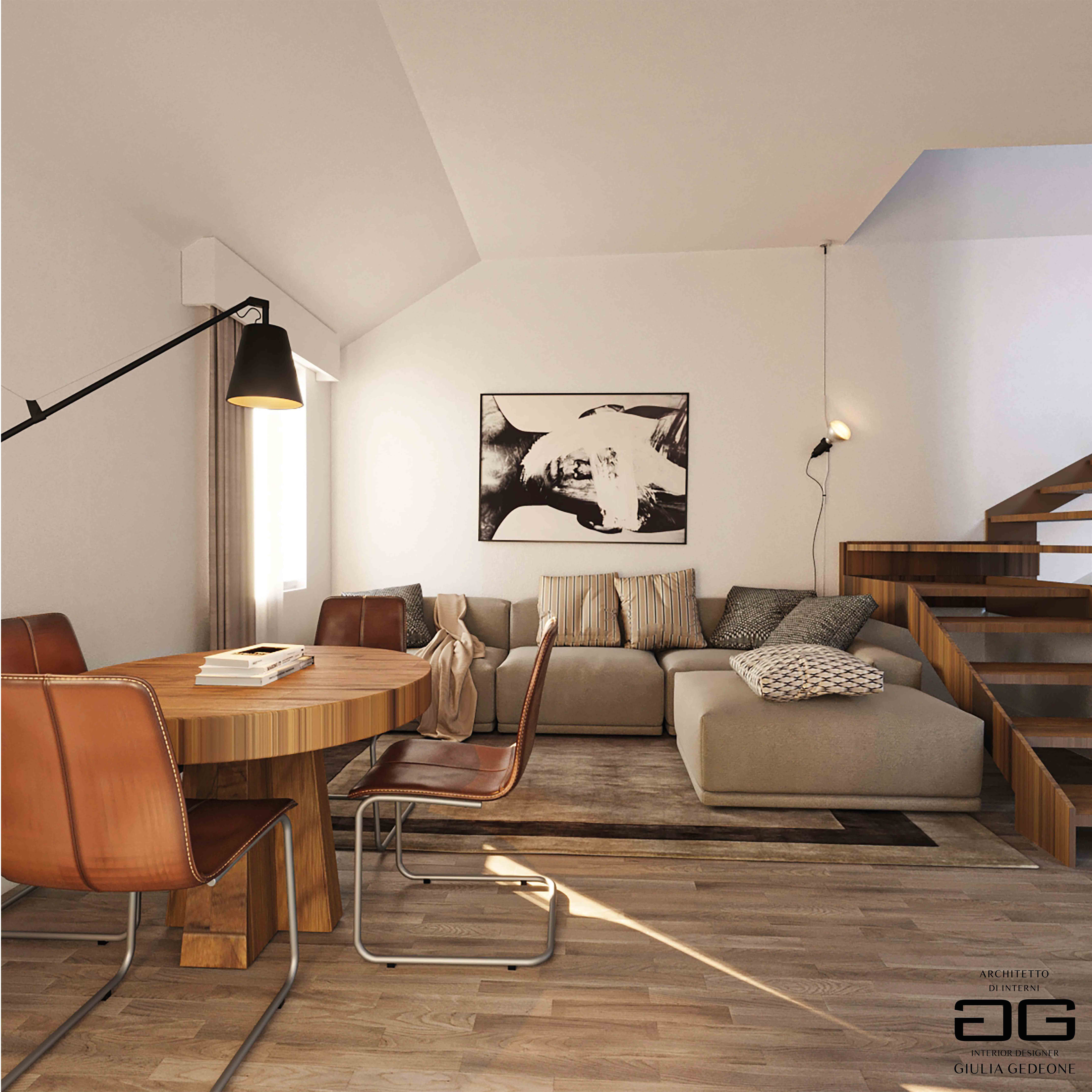 APT. BOHOIn this project I wanted to make the most of the spaces; due to the limited size of the living area, I opted for an L-shaped sofa on the ground which helps to create a much more welcoming environment and fits perfectly with the adjacent wooden staircase. I... 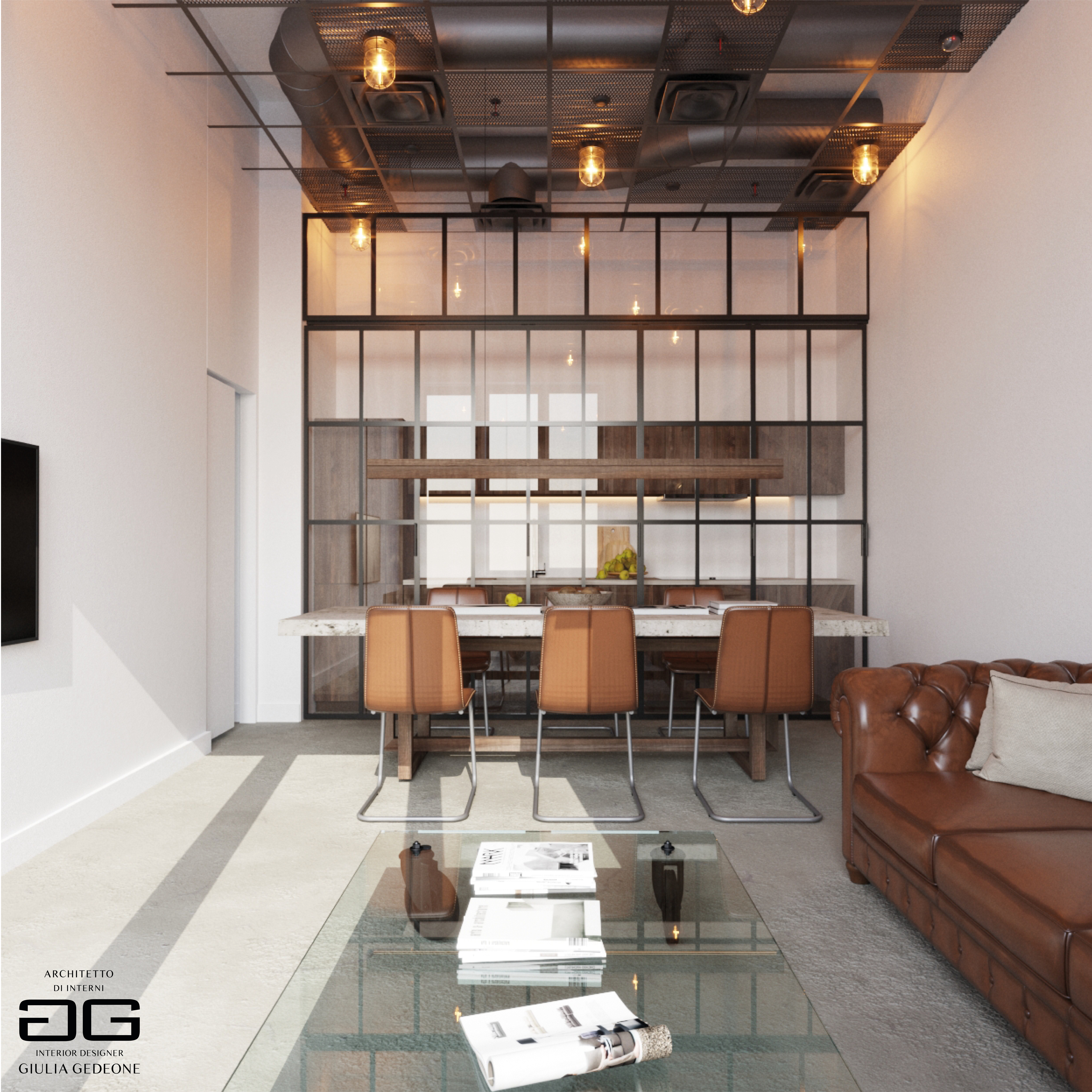 APT. 1 STILE INDUSTIALE Environment designed in an industrial style, one of the two apartments designed as industrial lofts with the use of iconic design symbols such as the Chesterfield sofa, the Parentesi lamp and the Table with wheels by Gae Aulenti that blend...