Cenobio Hotel is an intimate boutique hotel located in the heart of Sassi of Matera, a few steps from the charming Piazza San Pietro Caveoso and the beautiful Cathedral in Apulian-Roman style dated 13th century. Excavated, modeled and set in the stone of the ancient districts of this marvellous town, today a UNESCO World Heritage Site and European Capital of Culture 2019, the hotel offers an enchanting view of both the Gravina stream and the impressive canyon where the Park of the Rock Churches develops. Cenobio Hotel recently renovated its interiors with a project by Abitare Canario and Divisione Contract in Matera, choosing many pieces from Cantori’s catalogue. Nine rooms of different style and visual impact combine tradition and modernity, thanks to the versatility of the Cantori furnishings, rich in authenticity and wisdom. The company, in fact, based in Camerano (AN), chooses for its creations materials and processes totally Made in Italy, or rather 0 km, made by workers of the Marche region. In particular, the wrought iron working has always represented the main element with which Cantori has marked its more than 40 years of history. 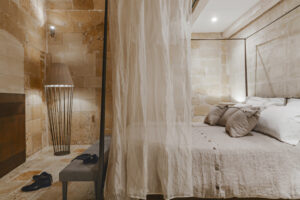 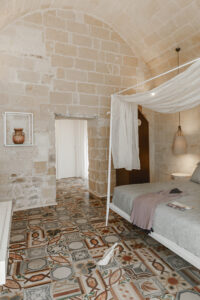 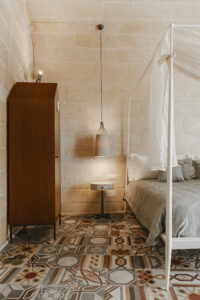 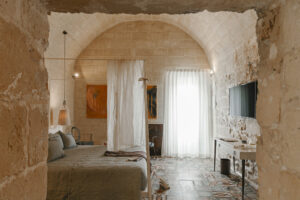 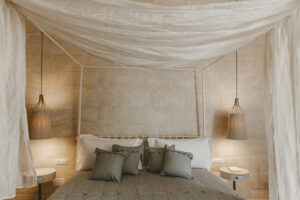 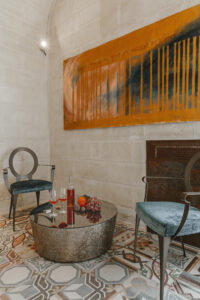 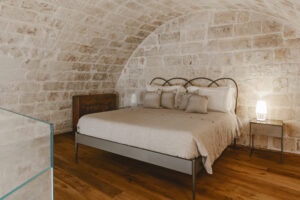 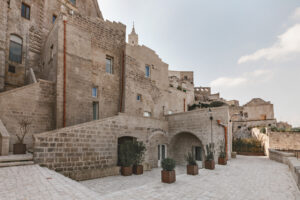 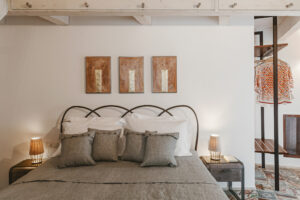 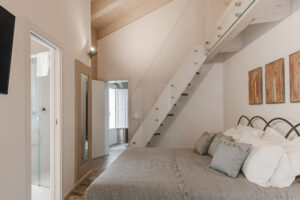 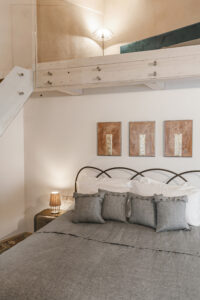 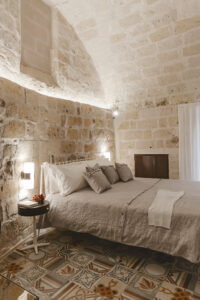 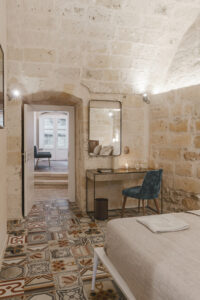 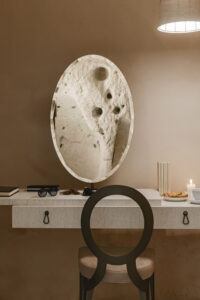 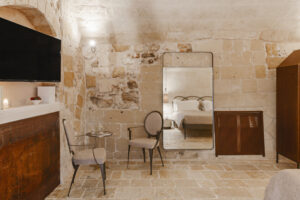 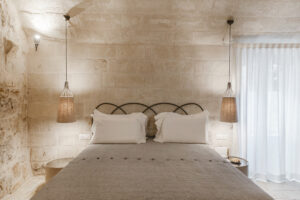 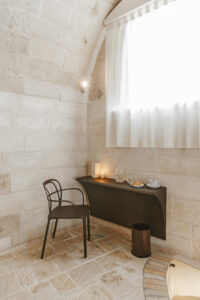